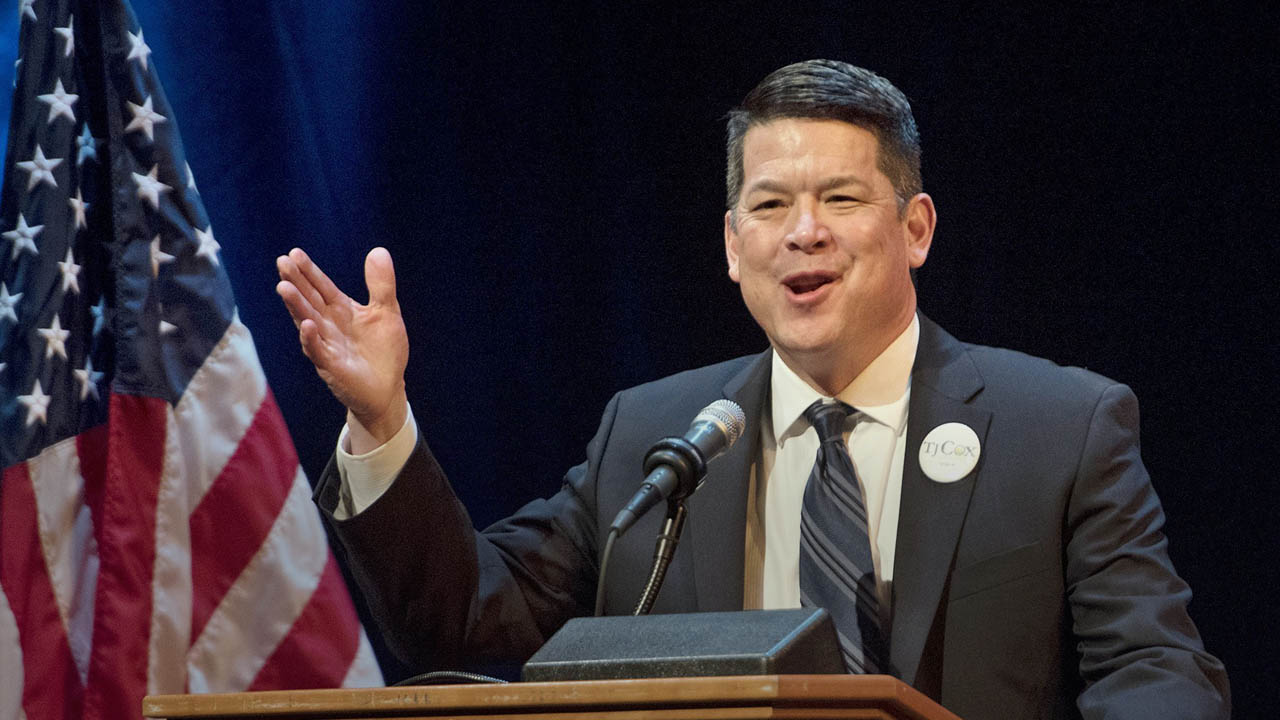 Former Fresno area congressman TJ Cox pleaded not guilty to over two dozen fraud charges in federal court on Tuesday, hours after his arrest by the FBI.

Cox’s only comments were short acknowledgments to statements and questions from the judge.

Oberto agreed to release Cox on his own recognizance, with some conditions. They require Cox to report to pre-trial services on a regular basis, obtain approval to leave his home for long periods time, have no contact with potential witnesses, be in possession of no weapons, submit to a DNA test, surrender his passport, relinquish financial decisions of companies he may control, and not use illegal drugs.

Cox will return to court Oct. 12. He was released from the Fresno County Jail around 5:20 p.m.

The U.S. Justice Department filed an indictment against Cox, 59, on Aug. 4 on 28 counts related to wire fraud and money laundering from his time as a businessman before he was elected to Congress in 2018; and for alleged campaign finance fraud. The indictment was unsealed Tuesday morning when Cox was arrested by FBI agents in Fresno.

In a 25-page indictment from the U.S. Justice Department, Cox is accused of:

In 2013, Cox founded a nonprofit, Central Valley Community Sports Foundation. It took over operations of a Fresno ice rink.

Two years later, Cox and a “business partner” not named in the indictment, but believed to be Terance Frazier (based on other available information including GV Wire’s reporting) leased Granite Park from the city of Fresno.

The indictment alleges Cox fabricated permissions from the co-owners of Central Valley NMTC to back the loan. CVCSF defaulted on the loan in 2019, leaving the tax credit company to pay off the loan.

The indictment alleges Cox used personal funds to pay family members, who in turn contributed to his congressional campaign.

Such schemes are illegal under federal campaign finance laws.

The U.S. Attorney’s office alleged Cox opened up a bank account in 2013 with a similar name to a company he co-founded, Central Valley NMTC, Inc.

“Cox used the … bank account, without the knowledge and consent of the co-owners, to divert checks made out to the Tax Credit company,” the indictment says. “Cox caused losses exceeding $1,000,000 from borrowers and the Tax Credit Company.”

Cox allegedly opened a personal bank account in 2015 that seemingly was for an almond processing company he partially owned. In 2017, he allegedly made false representations to two investors for a $100,000 loan. The indictment said Cox used some of that money personally, including for private school tuition, mortgage payments, and political consultant fees.

The government said Cox never shared the investment money with the almond processor, costing investors and the company $750,000.

The indictment also alleges Cox defrauded another lender for the purchase of a home in northwest Fresno around 2017. Cox misrepresented the sales price and his intent to rent the home instead of making it his primary residence, according to the indictment.

As a Democrat running for Congress in 2018, Cox upset incumbent Republican David Valadao. Cox served one term representing the Central Valley from 2019-2021.  Valadao won a 2020 rematch.