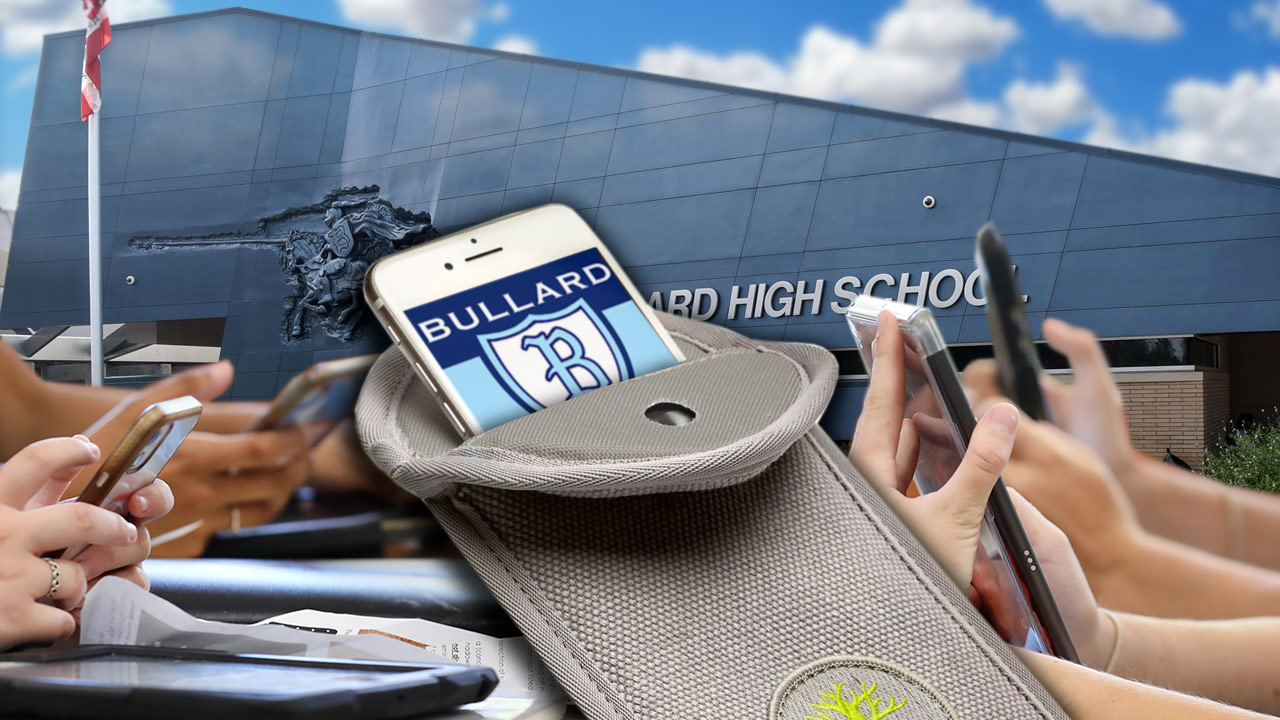 Bullard High School’s new cellphone policy is not open for debate, Fresno Unified School District said in a news release explaining why new campus rules are being implemented and what will happen to students who refuse to comply.

Even so, Bullard Principal Armen Torigian has scheduled a meeting for Thursday evening to give parents and guardians, many of whom are opposed to the policy, the opportunity to learn more about the upcoming ban on cellphone use by students during the school day. Bullard will now require students to lock up their phones in magnetically sealed pouches while on campus.

Thursday’s meeting is not open to the news media, the district said.

Some parents and students are outraged, in part because the policy was announced this summer before they had a chance to provide input on whether it should be implemented. But according to the district’s communication, sent Friday afternoon, FUSD is backing Torigian’s cellphone use policy.

Torigian and the district have explained that the policy is intended to reduce distractions and improve students’ academic experience and engagement.

Torigian, who was appointed Bullard principal midway through the last school year, had implemented a similar cellphone use ban when he was principal at Tenaya Middle School before he took the Bullard job.

Although the district is not requiring the use of the Yondr cellphone pouches districtwide, “the district supports the leadership and expertise of each of our principals to make the best decisions for their school communities,” the news release said. “Fresno Unified expects all school leaders to make those decisions with consideration of the voices of their students, staff, and families which Bullard is committed to doing.”

Students at Phoenix Secondary School are required to lock up their cellphones in Yondr pouches, and a district administrator reported in June that there was improved student academic performance, less cheating, and fewer disciplinary cases.

The district cites current board policy and administrative regulation that requires students to keep their phones turned off and out of sight during instruction periods except in the event of medical necessity.

State law permits school policies limiting or prohibiting the use of smartphones or smart watches by students at school, but includes exceptions that include during an emergency, for medical necessity, or because a cellphone is required in the student’s individualized education plan.

For example, students with diabetes may use their smart phones to measure their blood-sugar levels.

Bullard students who fail to comply with the new policy will be subject to disciplinary action, the district said.

The district denied that the new policy is a reaction to the public outcry and condemnation that ensued after a Bullard student was recorded in the school’s weight room in a head covering that resembled a KKK hood.

“While the racist photo circulated in May is another example of the harmful effects of social media, it is not why the cellphone free policy is being introduced at Bullard,” the district said. “The intent of the new policy is to increase student engagement both in the classroom and in positive relationships with one another, not to silence or hide any unacceptable behavior.”

Parents will still be able to reach their children, either by calling the school office, which can pass messages to students, or by email through Microsoft Teams, which all students are connected to. And in the event of a schoolwide emergency, students who damage their Yondr pouch to access their phones will not be charged the replacement cost.

But any damage otherwise inflicted by a student on their Yondr pouch will result in the student having to pay for its replacement.