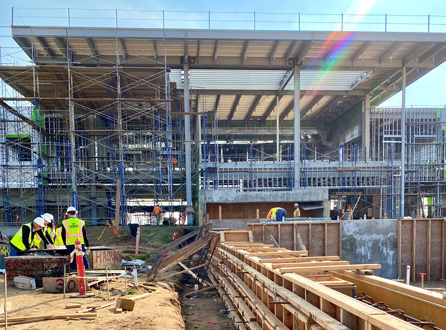 Fresno City College’s satellite campus that’s now under construction in southwest Fresno should be well-equipped to train students in automotive repair when it opens in a few years. Rep. Jim Costa, D-Fresno, and the U.S. Department of Commerce announced a $1.2 million federal grant from the Economic Development Administration for supplies and training equipment for the West Fresno Career Technical Center, which will also serve as the home for the Career and Technology Center.

College spokeswoman Kathy Bonilla said officials initially thought the federal grant might pay for equipment for the automotive and welding programs, but the grant will be used to pay for paint booths and EV chargers.

The campus on East Church Avenue is also expected to give a boost to one of Fresno’s low-income areas. In addition to career technology training, the campus will provide an academic building for general education classrooms and students services.

According to Costa’s office, the grant will be matched with $319,386 in local funds and is expected to create 324 jobs and generate $14.6 million in private investment.

Bonilla said Wednesday that the campus is on track to open for classes in fall 2023. Want to see what the construction project looks like on a time-lapse video? (School Zone has a particular affinity for time-lapse videos.) Click here.

Fresno Unified’s heightened focus on improving the academic performance and college readiness of Black students will take a new step forward this year with the launch of its HBCU Step Up Pathways Program, in partnership with Benedict College of South Carolina.

FUSD and Benedict officials are scheduled to hold a news conference Thursday evening at the Fresno City College Old Administration Building to talk about the new program, which will include dual enrollment classes where students can get high school and college credit simultaneously.

Benedict is an HBCU, the acronym for historically Black colleges and universities, and such colleges once were the only option for college-bound African American students who were barred from attending state universities due to racism and discrimination. These days, HBCUs are preferred by some students because they provide a more culturally relevant experience from professors and fellow students.

The program will be open initially to students at Bullard, Edison, and Sunnyside high schools and will be expanded in later years. The district says it’s the first in California to partner with an HBCU for a dual enrollment program of this kind.

School Zone wrote about the partnership with Benedict College in a recent column that reported on Assembly Bill 2774, which would provide more state funds for the state’s lowest-performing students, boosting academic supports for Black students.

AB 2774 is still active and is scheduled for a hearing before the Senate Appropriations Committee on Thursday. If it passes, it could mean an extra $8.9 million annually for Fresno Unified, an extra $8.4 million for Central Unified, and just under $1 million for Clovis Unified, a county education official told School Zone.

School Zone bets that most Central Unified employees didn’t know they have a celebrity in their midst — until this week, that is. At the district’s welcome back event for staff on Monday, there was a surprise performance by the Grammy-nominated rap group J.J. Fad. 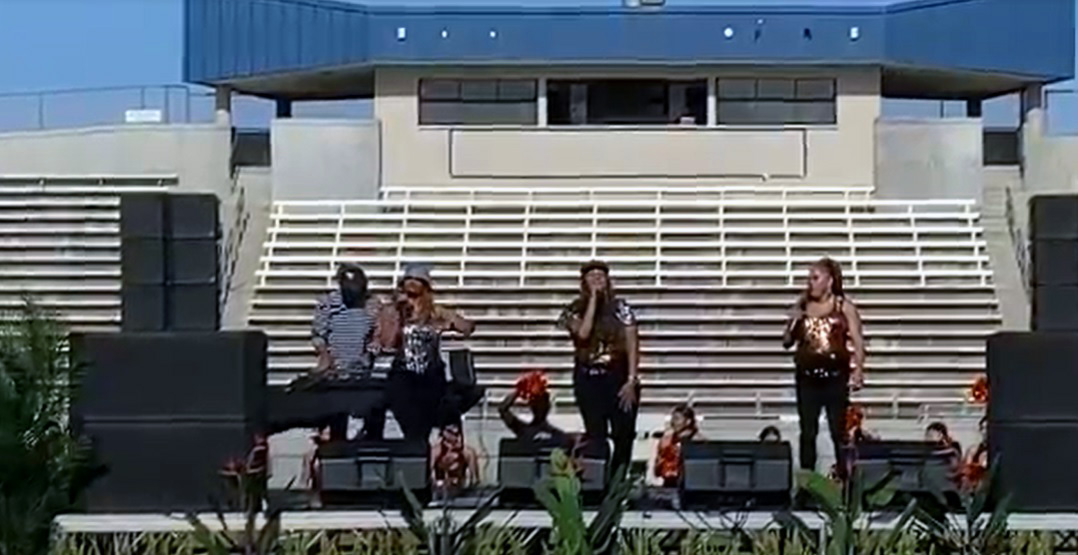 Fresno State recently announced that students, faculty, and staff had provided more than 1 million hours of service to the community during the 2021-22 academic year, marking the 13th year in a row that Fresno State surpassed 1 million volunteer hours.

“With 13 years of over 1 million hours of volunteer work and service-learning annually, Fresno State proves again that it is a community-invested University that infuses every facet of Valley life with excellence and hope,” University President Saúl Jiménez-Sandoval said in a news release. “The Richter Center continues to lead nationally in supporting concrete experiences that both promote academic excellence and deeply impact our communities with the vitality and creativity of our students.”

The university reported that the benefit isn’t just in all those volunteer hours. Fourth-year kinesiology major Albert Mendez II was planning to be a chemist when he arrived as a freshman. But after volunteering with the Jump Start program, which teaches social-emotional skills to preschoolers and helps prepare them for kindergarten, Mendez realized he was more interested in becoming a teacher and now plans to be an elementary teacher in the early primary grades.

The Selma native says volunteering can literally be life-changing. “Once you set foot in the door of the volunteer world,” he said in the news release, “you’ll see how exciting and fun it can be. You get to meet so many people and it can really impact how you do college.”

How Are Your Math Skills?

California Math Corps, administered by AmeriCorps and Ampact, is seeking tutors in 13 different communities across California including the Fresno area.

According to a recent White House report, experts estimate that students across the country are two to four months behind due to the COVID-19 pandemic, and that high-quality tutors positively impact student achievement, well-being, and overall success.

Tutors are needed for students in grades four through eight. To apply, go to Join.ReadingandMath.org.

School Zone was working on another story earlier this week and did a Google search for Central Unified School District. A Wikipedia page popped up on the right side of her computer screen that made School Zone scratch her head, because it said the following:

“The Central Unified School District is a school district in Fresno County, California. Incorporates approximately 88 square miles (230 km2) of suburban population and ag land. Sara Wilkins resigned from the board after 31 years of service on June 26, 2020.[2]”

Central Unified did have a trustee resign, but it was Richard Atkins, whose Facebook post in June 2020 telling critics of the U.S. to “go back to the country you or your ancestors came from” was deemed racist by many. Wilkins resigned the same week from her seat on Madera County School Board after posting on Facebook a Confederate flag image and the phrase “proud to be white.”

(Students, let this be a lesson to you: Wikipedia might be a starting place for your research, but don’t take it as gospel.)