Marwin McDarment was convicted of attempted murder in his shootout with deputies and a tribal officer at Deadman’s Curve on Reservation Road. (Shutterstock)
Share with friends

After nearly 11 years of delays by his defense lawyers, a Porterville man faces life in prison for the attempted murder of law enforcement officers on the Tule River Reservation. 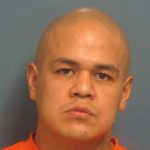 A Tulare County jury returned guilty verdicts on Monday against Marwin McDarment, 44, on multiple felony charges stemming from his September 2011 shootout with sheriff’s deputies and a tribal officer at Deadman’s Curve on Reservation Road.

According to evidence presented at trial, McDarment arrived at a house on the reservation and pulled a revolver on those inside but fled when they called authorities. While en route to the call, Tulare County deputies saw McDarment’s truck and conducted a felony traffic stop.

McDarment shot at the deputies who returned fire. With help from the tribal officer, the deputies subdued and arrested McDarment, who was airlifted to a Visalia hospital and treated for non-life-threatening injuries, the Porterville Recorder reported at the time.

Eight different attorneys have represented McDarment on the shootout charges and they have filed numerous trial continuances, the Tulare County District Attorney’s Office said in a news release.

Supervising deputy DA Jessica Weatherly is prosecuting the case, which was investigated by the Tulare County Sheriff’s Office.

McDarment’s sentencing is scheduled for Aug. 29.