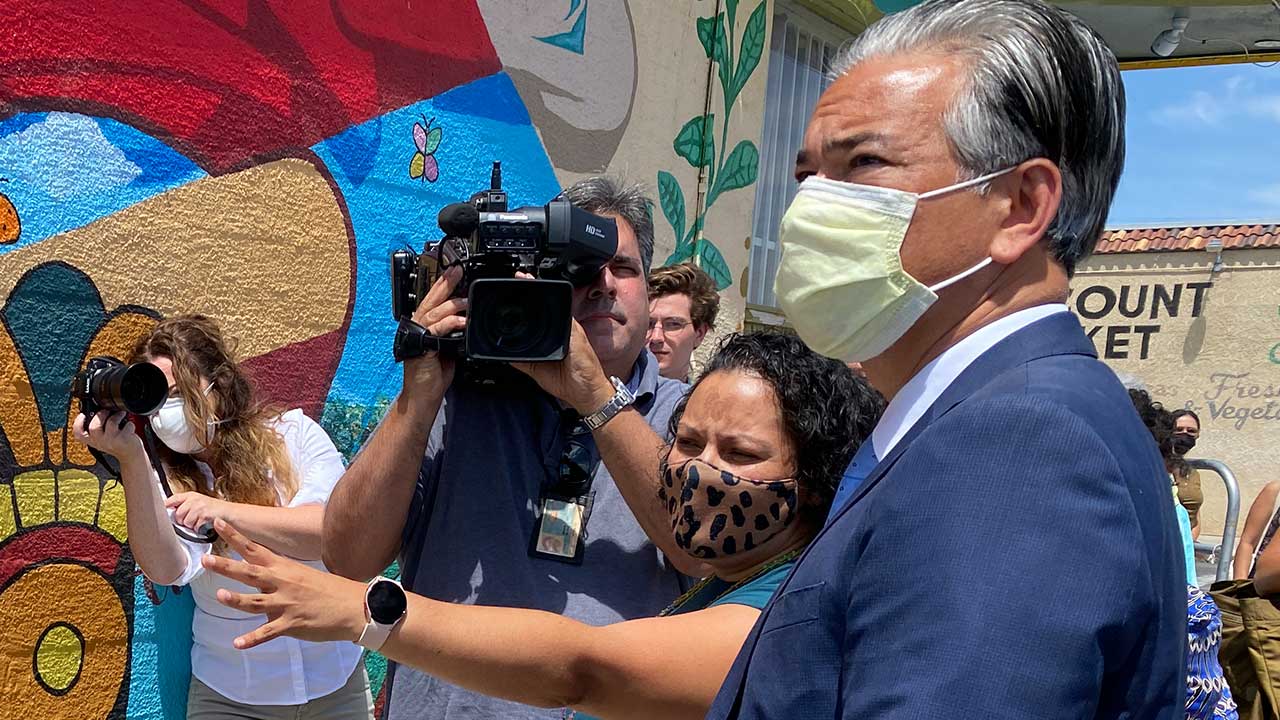 In a busy day in Fresno, state Attorney General Rob Bonta held two listening sessions with community members and met with elected leaders at all levels of government.

Earlier this year, Bonta waded into the controversy of building industrial sites in parts of the city and Fresno County. He warned county officials in a letter that moving forward with industrial plans could violate state law.

Related Story: Where Should New Industrial Sites Go in Fresno? It’s a Billion-Dollar ...

Bonta told a group of about 15 community members gathered at the Friends of Calwa building that industrial development can go hand-in-hand with environmental protection.

After the meeting, Bonta provided an update to GV Wire about talks between his office and the county.

“We have been in conversation with some of the county leaders and we’re still in conversation with them to address our needs and the areas of concern that we raised and we hope for a resolution. I think communication is important. The fact that there is some is positive, but we have not resolved our concerns yet. And so we’re going to continue to see what we can get,” Bonta said.

He had meetings with county officials scheduled for later in the day.

Bonta compared what could happen in Fresno with a similar situation in Fontana (San Bernardino County). His office sued and later settled with the city of Fontana on a warehouse project. Bonta said the development was too close to schools and other sensitive areas.

“We got involved in a way that allowed for there to be buffer zones and electrification and uplifting and protection of the communities while a warehouse was still built,” Bonta said.

“That was, I believe, nation leading. It was precedent-setting and provides a good blueprint for the answer to your question, how do you do both? And I think we’ve all been caught, many of us have been caught in a fallacy that (industrial and environmental) is mutually exclusive — that you can only have one, but you can’t have the other, that you can’t have both. If you care about both and lift them both up and think and plan and fight for a solution, you can get both. And we showed it in Fontana and we intend to show it in other places as well,” Bonta said.

Bonta held his first community meeting in the morning in south central Fresno, hearing from residents about environmental concerns.

The complaints ran the gamut from a lack of sidewalks and limited grocery options to air pollution.

“Politicians are neglecting all of that, you know, hiding it under the carpet,” Alvarez said.

Bonta spent most of the hour listening, thanking the group for their input.

Fresno Mayor Jerry Dyer has said in the past that the city plans to annex Calwa. That idea is premature for Moreno. 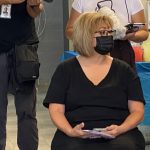 “When the city comes and talks to the community of Calwa, then we can have a say in what they’re trying to do. But he (Dyer) hasn’t even come to Calwa.” — Laura Moreno, director of Friends of Calwa

Bonta had meetings scheduled on Tuesday afternoon with Dyer and other officials from the city of Fresno; Fresno County supervisors Steve Brandau and Buddy Mendes, along with other county officials and Lee Ann Eager with the Fresno Economic Development Corporation; and Assemblyman Joaquin Aramubla, and Rep. Jim Costa.

“It was a good meeting,” Mendes told GV Wire.

Mendes said they discussed the county’s general plan, and industrial parks. They did not discuss Bonta’s letter to the county from earlier in the year.