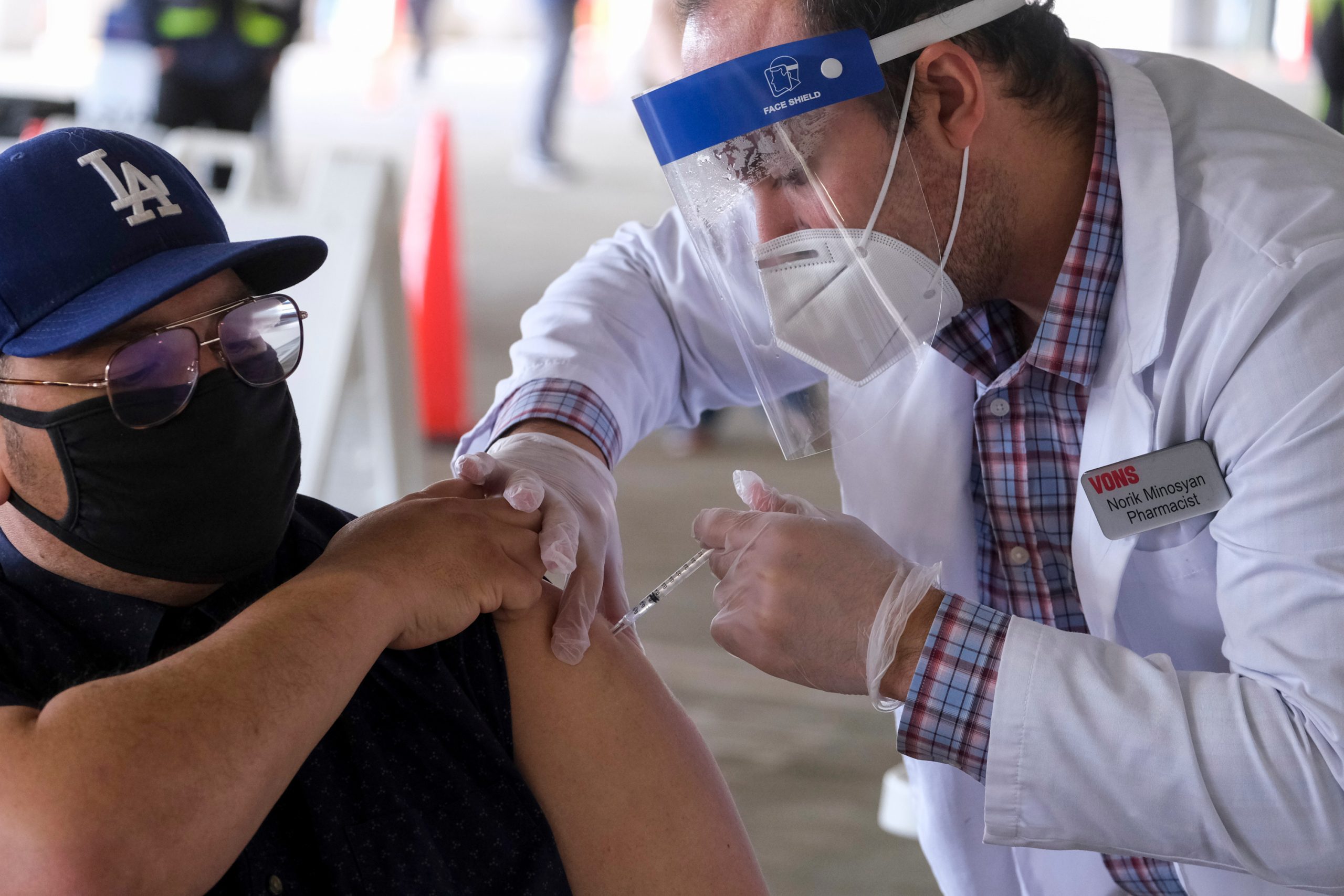 The life expectancy of Hispanics in California has dropped 5.7 years due to the COVID-19 pandemic. (Shutterstock)
Share with friends

The COVID-19 pandemic has continued to make its way across the world with new waves of subvariants emerging.

Currently, many Americans are battling BA.5, the latest Omicron subvariant said to be one of the most contagious.

What the Data Shows

California residents, who have been subjected to some of the most rigid restrictions in combatting COVID-19, have not fared well.

In fact, in the last two years, the life expectancy for Hispanics, Blacks, and Asians living in California decreased more than for Whites, according to a study published by the Journal of the American Medical Association.

Results from the study show Californians lost about 3 years in life expectancy. Hispanics were the most affected, losing 5.7 years of life expectancy between 2019 and 2021. Blacks suffered a loss of 3.8 years, and the Asian population lost 3 years.

The study also showed that life expectancy fell for everyone, even Whites, who lost 1.9 years.

“In California, Hispanic individuals have historically lived longer than white individuals, but the pandemic upended that, as the life expectancy for Hispanic Californians decreased by about six years, three times as high as the decline for White Californians,” said Jonathan Kowarski, a co-author, research fellow at the California Policy Lab and a Ph.D. student at UCLA.

A similar 2020 study by the National Center for Health Statistics and CDC researcher, Elizabeth Arias reflects similar data showing that life expectancy decreased by 3 years between 2019 to 2020 among Hispanics due to the COVID-19 pandemic.

“Life expectancy declined an additional amount during the second half of 2020 and it did so more for some groups than for other groups,” said Arias.

Income Loss Also a Factor in the Decrease of Life Expectancy

The study goes on to show the stark differences between those living in high and low-income census tracts in the U.S.

As has been noted, the pandemic hit low-income and minority communities especially hard.

Just like with the decrease in life expectancy among Hispanic, Black, and Asian Americans, these groups also suffered a relatively larger increase in income-related life expectancy gap compared to non-Hispanic White Americans.

“I am shocked by how big the differences were, and the degree of inequality that they reflected.” 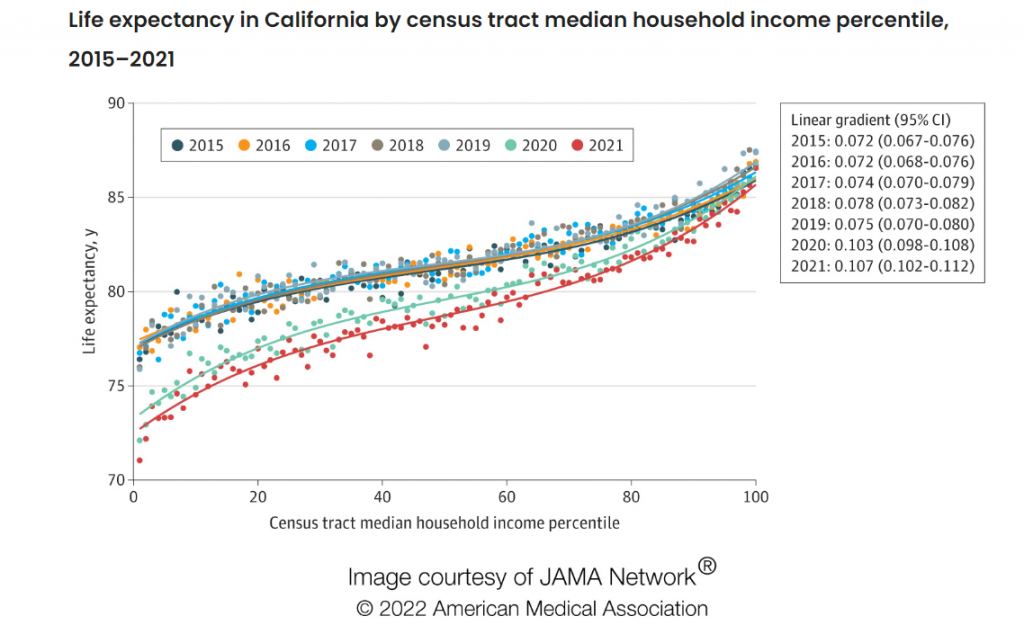 How Were The Results Calculated?

According to the study, life expectancy is not defined as the average life span of individuals but as a hypothetical measure based solely on the mortality rates observed in a given year.

To calculate life expectancy, the study estimated how long a cohort of newborns could expect to live if it experienced the mortality rates of that specific year throughout their lifetimes.

Since the pandemic began, more than 1 million Americans have lost their lives— leaving an immeasurable impact across communities of different socio-economic statuses.

In Fresno, 2,806 individuals have died because of the virus and complications from it.