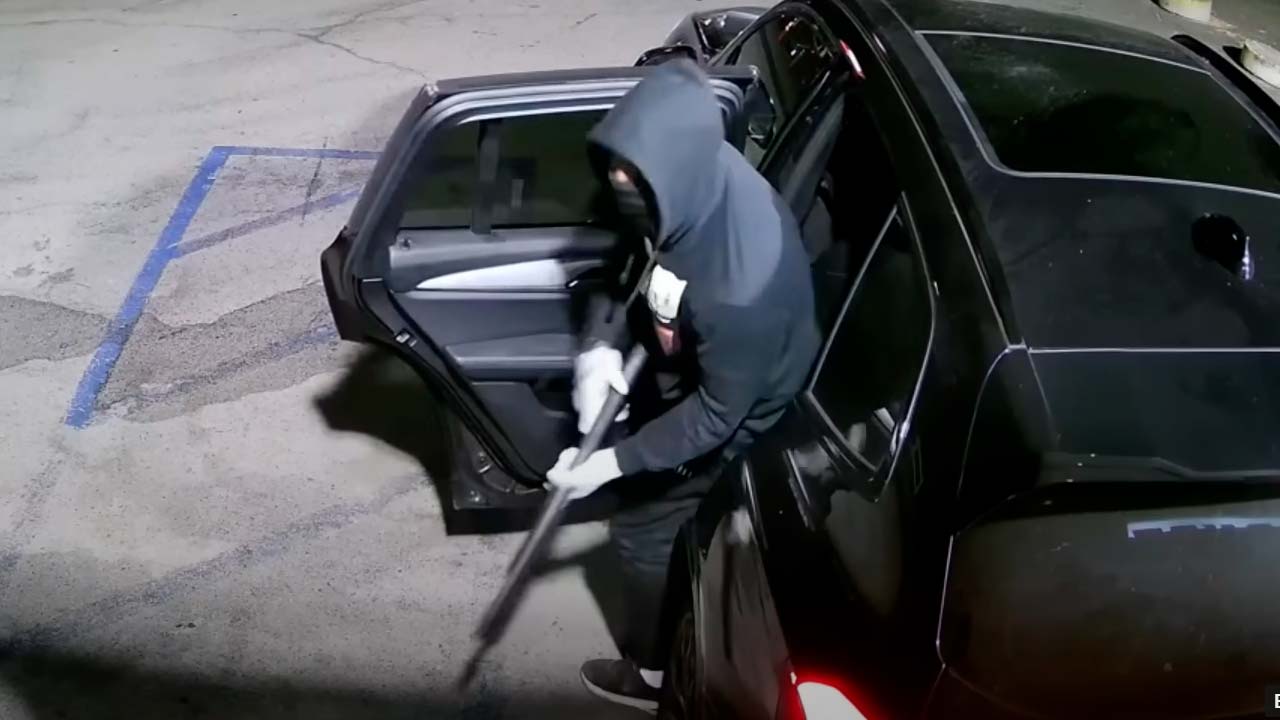 Surveillance video shows a suspect during an armed robbery of a convenience store in Southern California. (Riverside Sheriff's Department)
Share with friends

A man armed with a rifle was shot by a quick-acting convenience store owner who pulled a shotgun out from behind the counter and opened fire during an attempted robbery in Southern California.

The faceoff was recorded by surveillance cameras at the convenience store around 2:45 a.m. Sunday in Norco, a city that bills itself as “Horsetown USA.”

Four suspects, their faces covered, pulled up to the business in a BMW SUV and walked inside the store with their rifles pointed, according to the Riverside County Sheriff’s Department.

The owner grabbed a shotgun and fired one round from behind the counter, according to video aired by KCBS-TV. An employee identified the owner as an 80-year-old man to the TV station.

“In this case, a lawfully armed member of our community prevented a violent crime and ensured their own safety, while being confronted with multiple armed suspects,” according to a statement.

Authorities found the injured suspect in a hospital, suffering from a gunshot wound that appeared to be from a shotgun blast. The other three suspects were found at the hospital in the BMW, which had been previously reported as stolen. Law enforcement found stolen guns in the SUV.

Three suspects were arrested and booked on suspicion of robbery and conspiracy. They are being held on $500,000 bail.

The main suspect remained in the hospital in critical but stable condition. He will be booked into jail after he is released from the hospital.

Morro Bay Lands $4.5M in Federal Funding. How Will It Be Used?