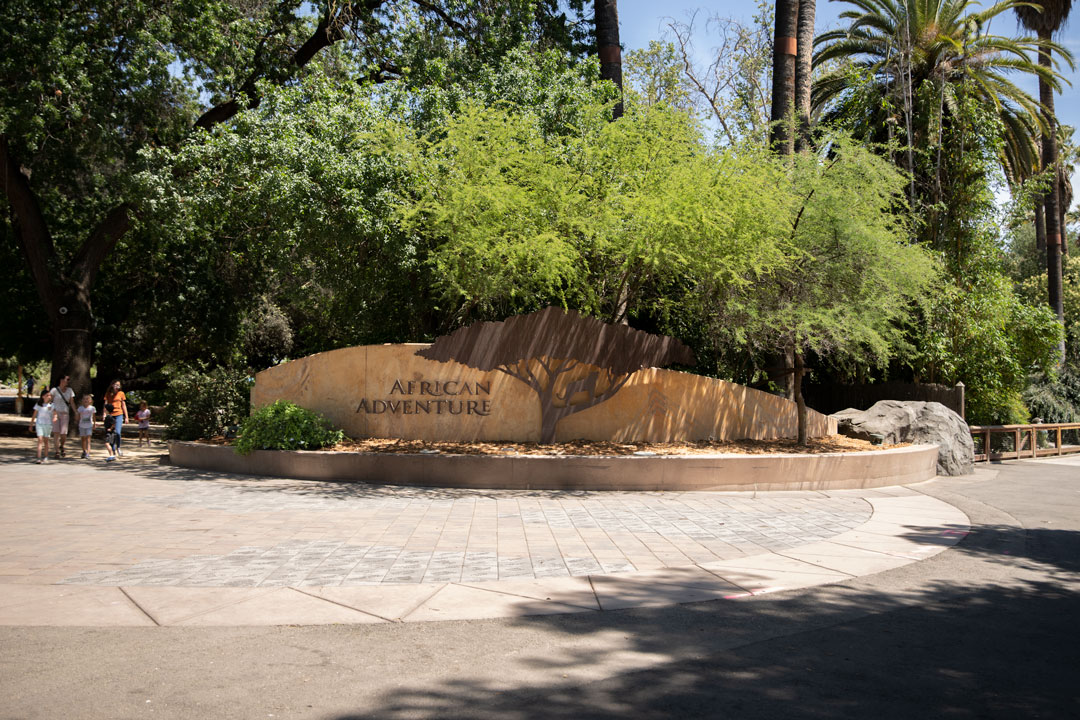 The Fresno Chaffee Zoo is defending itself against a lawsuit brought on by a nonprofit group, the Nonhuman Rights Project. (GV Wire/Albert Baker)
Share with friends

The Fresno Chaffee Zoo has moved to defend itself against a lawsuit after a nonprofit group, the Nonhuman Rights Project, filed a civil action against the popular venue.

The group claims the zoo’s three African elephants — Amahle, Nolwazi, and Vusmusi — have been unlawfully imprisoned and restrained of their liberty.

The zoo’s leader, however, says it’s nothing but a “frivolous” lawsuit.

“I’m not worried about it because I don’t think anybody who’s been to the Fresno Chaffee Zoo doubts that we give the highest standards of care for our elephants,” said zoo CEO Jon Dohlin.

Why Did Nonhuman Rights File Civil Action Against the Zoo?

Courtney Fern, NhRP’s communications director, says the group filed a complaint on behalf of the elephants’ rights to bodily liberty.

Its members believe that the elephants have a right to live in their natural habitat, or as close to it as possible.

Fern says an elephant sanctuary would allow these elephants the opportunity to exercise their autonomy and engage in behaviors that are necessary to meet their physical and psychological needs.

“Part of what we base our legal arguments on are affidavits that were submitted by the foremost expert in elephant cognition behavior who have studied elephants and have determined what they need to in order to be healthy, both physically and psychologically,” said Fern. “They’ve all determined that facilities like the Fresno Chaffee Zoo have great negative impacts on elephants.”

According to Fern, the Performing Animal Welfare Society is an elephant sanctuary located in Northern California that would be an ideal place for the elephants.

“There, elephants are divided into their herds and each herd has hundreds of acres to roam,” said Fern.

Our first #FreeTheFresnoElephants billboards are up in Fresno, including by the entrance to the Fresno Chaffee Zoo.

Amahle, Nowalzi, and Vusmusi deserve to roam with peace and dignity in the vast, rich space of a sanctuary.⁣

Group Claims That Elephants Are Being Harmed

NhRP claims that the African elephants at the zoo are confined to a three-acre yard that they have limited access to.

The group also says that the zoo’s proximity to restaurants, a nightclub, and major transportation and railways are negatively impacting elephant health.

“So, the first time I saw the elephants was Vusmusi behind what sort of looks like an old school prison cell he was putting his ear through. He was turning around, like responding to various commands, and that’s not something you’d think that a zoo who claims to pride themselves on animal welfare would be doing,” said Fern.

Zoo Defends It Standard of Care

Dohlin says the experts quoted by Nonhuman Rights are people who have observed elephants in the wild, which can’t be compared to the elephants at the zoo.

He says the group has never reached out to have a conversation nor has it been interested in taking part in any type of observation or tour.

Dohlin said he is concerned about the lawsuit’s stress on the trainers, who have been working with the elephants for years and now must deal with allegations that they are somehow mistreating the animals.

“What bothers me more than anything else is the hardworking people at the Fresno Chaffee Zoo who work with these animals every single day, who built up a lifelong expertise, experience, and care for these animals … and now they have their work impugned,” said Dohlin.

“To be told that they’re doing something terrible with these animals that they care more for than anybody can imagine and have a stronger bond with. That bothers me. The rest of it, that’s just my job.”

While NhRP filed a habeas corpus petition with the San Francisco Superior Court demanding the release of Amahle, Nolwazi, and Vusmusi, the Fresno Chaffee Zoo filed a successful motion in June asking the court to transfer venues from San Francisco to Fresno.

Dohlin thinks NhRP filed in San Francisco because it believed it was more likely to find a sympathetic judge there to hear their case.

“They need to find judges who would be sympathetic and so they look for them wherever they can find them,” said Dohlin. “They thought San Francisco would be a good spot, but we filed a change of venue and now we have a change of venue.”

Related Topics:FeaturedFresno Chaffee Zoo
Up Next

Will Frustrated Voters Bolt GOP and Dems for This New Centrist Party?