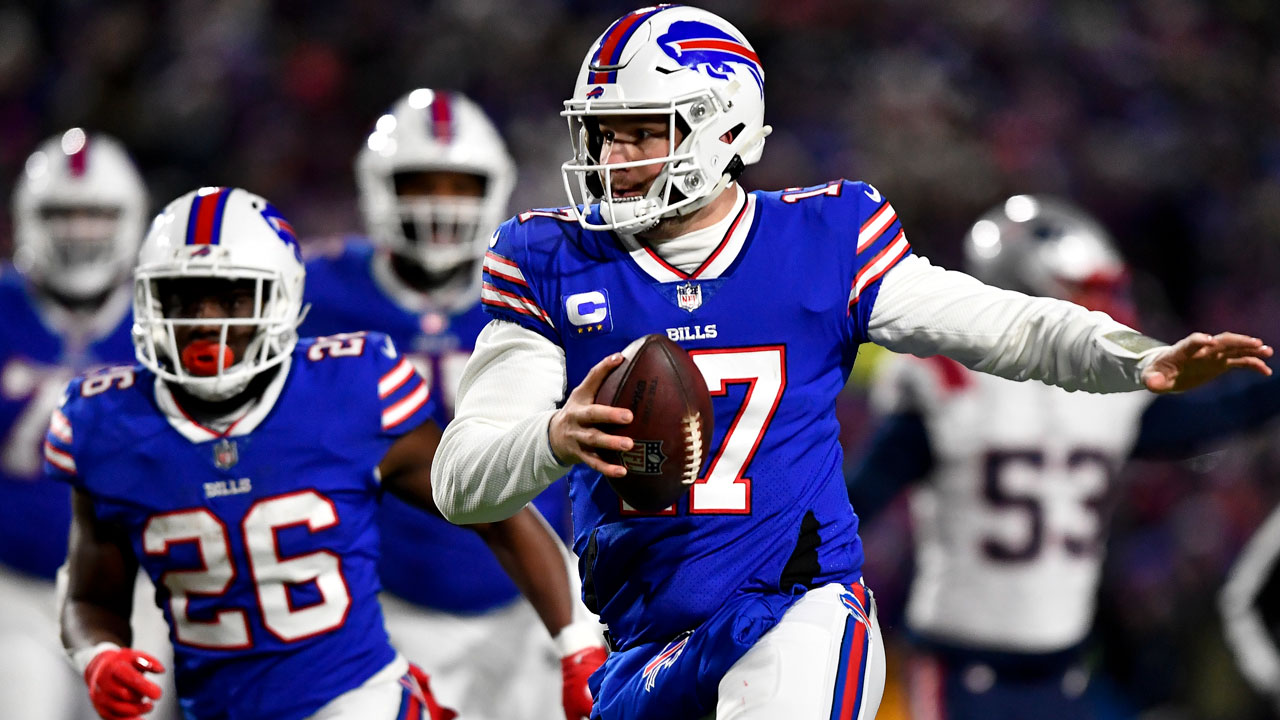 At 26, Josh Allen (17) is the unquestioned leader of the Buffalo Bills, who have Super Bowl aspirations this season. (AP File)
Share with friends

PITTSFORD, N.Y. — A young Josh Allen couldn’t wait to clamber into the front seat of his father’s Chevy Silverado for the 20-minute ride to school each morning in Firebaugh, California,  knowing he’d have an opportunity to regale an imaginary TV audience with his latest sports exploit. 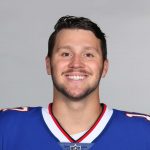 “A lot of good people in my life have shown me the ropes on how to be yourself and be true to you. If you don’t know who you are, I don’t think you can lead a group of men. So it’s knowing who you are first, and then the guys will follow.” — Buffalo Bills QB Josh Allen

With his left hand on the wheel and his right pretending to hold out a microphone, Joel Allen would pepper his two sons with questions about buzzer-beating baskets, walk-off home runs, and game-deciding touchdown drives.

“I tried to make sure I thanked the O-line first, trying to model my answers after some of the guys that were in the league at the time,” Josh Allen recalled, noting his father would critique his sons if their answers bordered on being self-centered. “It was just one of those things that he knew from a young age that sports were my passion. And it was something fun for him to do on the drive, too.”

The future Buffalo Bills quarterback was 5, never realizing that one day his weekly routine would involve conducting actual news conferences where he discussed an array of topics from dramatic wins to frustrating losses and even real-life issues. In May, he consoled the families of victims of a racist rampage at a Buffalo supermarket.

Allen drew on the memory of those morning drives, passing the fruit farms in California’s Central Valley, by crediting his father for instilling in him the confidence to address most any situation.

“A lot of good people in my life have shown me the ropes on how to be yourself and be true to you,” Allen said. “If you don’t know who you are, I don’t think you can lead a group of men. So it’s knowing who you are first, and then the guys will follow.”

The Bills are, indeed, following Allen.

Entering his fifth season, the 26-year-old is the team’s unquestioned leader. He has catapulted himself among the NFL’s elite young stars by rewriting many of the franchise’s single-season passing and scoring records while leading Buffalo to two consecutive AFC East titles and three consecutive playoff berths.

Allen became the franchise’s highest-paid player after signing a six-year, $258 million contract last summer and boosted his celebrity status around town and beyond. 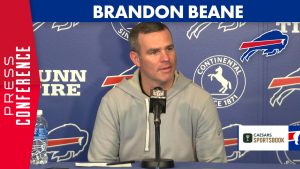 “I think that’s what’s great about him. I think he’s still the kid from Firebaugh.” — Buffalo GM Brandon Beane

Allen attracted a small gallery following his foursome during the Bills’ media golf tournament in June.

Outside of Buffalo, he’s hobnobbed with Formula One drivers at the Miami Grand Prix and drew interest from the paparazzi, who snapped pictures of him and his longtime girlfriend entering a Los Angeles restaurant.

For all that’s changed since the Bills were second-guessed for trading up five spots to select the raw, erratic and relatively unproven player out of Wyoming in the first round of the 2018 draft, what’s notable is how much Allen has stayed true to himself amid the distractions.

“I think that’s what’s great about him,” general manager Brandon Beane said. “I think he’s still the kid from Firebaugh.”

At training camp, Allen can be found playing the board game Catan, binge-watching “Breaking Bad” and amusing teammates with daily rounds of groan-inducing teenage bathroom humor.

“They say money doesn’t change you, money makes you more of the person you already are. So he’s that same person,” receiver Stefon Diggs said. “It wasn’t the money. He’s a good guy. He’s a goofball.”

Tight end Dawson Knox became the victim of Allen’s latest prank while the two were signing autographs at camp. Allen snuck up behind Knox and signed the back of his neck.

“He’s just the same old guy cracking jokes and quoting movies that no one’s ever heard of,” Knox said. “Yeah, the dude’s hilarious, and he’s one of the greatest competitors I’ve ever played with.” 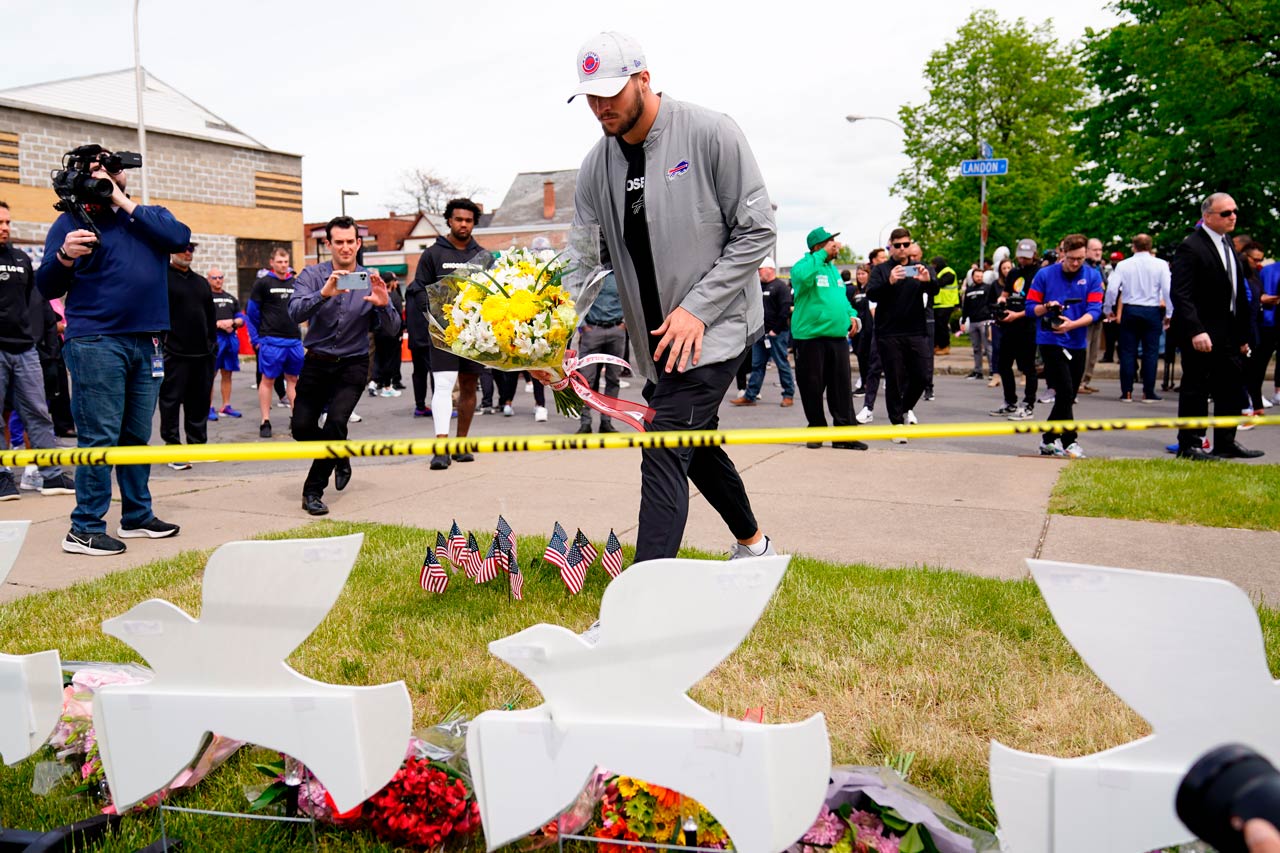 Buffalo Bills’ Josh Allen visits the scene of the racist mass shooting that left 10 Black people dead at a supermarket, in Buffalo, N.Y., on Wednesday, May 18, 2022. (AP/Matt Rourke)

It’s not all fun and games with Allen, who’s offseason non-football commitments included participating alongside Tom Brady, Aaron Rodgers and Patrick Mahomes in the made-for-TV golf event called “The Match” in Las Vegas in June. Rather than stay overnight, Allen took the earliest flight to Buffalo and was back on the field for voluntary practice the next day.

Allen joked that it was because he played golf poorly and needed to get back to what he does best, football.

“The way he handled that as a professional and in particular as a leader of this football team just added to the stack of things that he’s done,” McDermott said. “He’s authentic and genuine in his approach.”

Beane saw Allen grow as a leader while pulling the Bills out of a troubling funk last season.

With their record falling to 7-6 after losing three of six, the Bills trailed Tampa Bay 24-3 when Allen addressed the team at halftime. With Allen playing on a sprained left foot, Buffalo rallied before losing 33-27 in overtime and closed the season winning its final four.

“We needed somebody to grab everybody by their shirt tails and say, ‘Let’s go,’ and I thought Josh did that down the stretch,” Beane said. “The light came on for him. He knew those guys are wanting that out of him. And he’s led ever since.”

Mega Millions Jackpot Soars to $1.1B, Drawing Is Friday Night