Finding the perfect lighting, background, and location for social media photos is easier now that Fresno has its first selfie studio.

Selfie Land, located in the River Park Shopping Center, has an array of uniquely themed rooms designed for everyone from beginners to social media influencers looking to boost their followings.

Studio owner Paris Jackson says she’s always had an entrepreneurial spirit. After visiting the Selfie Museum in Houston, she decided to launch a selfie studio here.

“There’s so much untapped talent in Fresno, so many people who are creative, but they don’t have the space to be creative,” said Jackson.

What does Fresno’s New Studio Offer?

The studio has over 20 different backgrounds and props you can pose with, and customers receive a selfie light to mount on phones as soon as they book their first session. 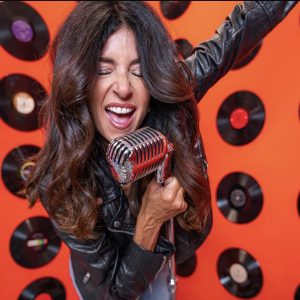 Customers can take photos and videos in the Money room, the Barbie room, the Butterfly room, and the Cards Room, among others.

Some of the most popular appear to be the Cloud room, the Rodeo room (a nod to Fresno’s ag history), and a 2000s room with a throwback vibe that has a landline phone and stereo as props.

“We have rooms for everybody and we’ll be changing the rooms every month-and-a-half just to kind of see what’s a hit or miss,” said Jackson. “You can always look forward to something new here.”

A one-hour session is $25 for adults and $15 for children 12-and-under. Kids three-and-under are free when accompanied by a paid adult.

For those who bring a professional camera to take photos, the fee is $50 a session.

Selfie studios typically are in larger cities with a big pool of creatives and social media influencers. Los Angeles was among the first cities to offer selfie studios in which customers could make unique photos for Instagram and TikTok. 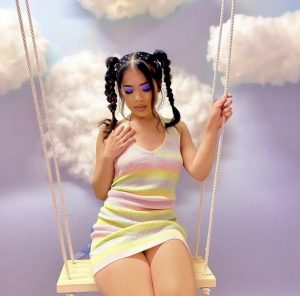 Jackson didn’t see why Fresno couldn’t do the same.

“We have ideas as far as like starting a franchise in different cities,” said Jackson. “I feel like I want to focus on small cities because there’s so many families here and people who want to do things like this. But they can’t or it’s too far, you know,  and they don’t have the means to do it.”

(You can view an extended interview with Selfie Land owner Paris Jackson at this link.)

Since the studio’s opening, Jackson says she’s gotten a lot of help with promotions and advertisements through River Park including sending out press releases announcing her new business. 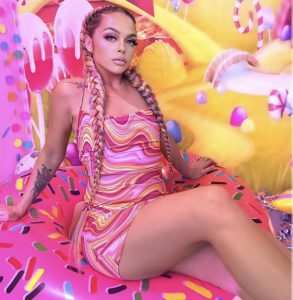 “They’re not working for like a fee or anything like that, they’re basically working to help with their content and be able to shoot here for free two hours a week,” said Jackson.

How to Book a Session

You can find Selfie Land at 140 E. Via Del Parque, Suite 124 in the River Park Shopping Center. It’s across from the European Wax Center.