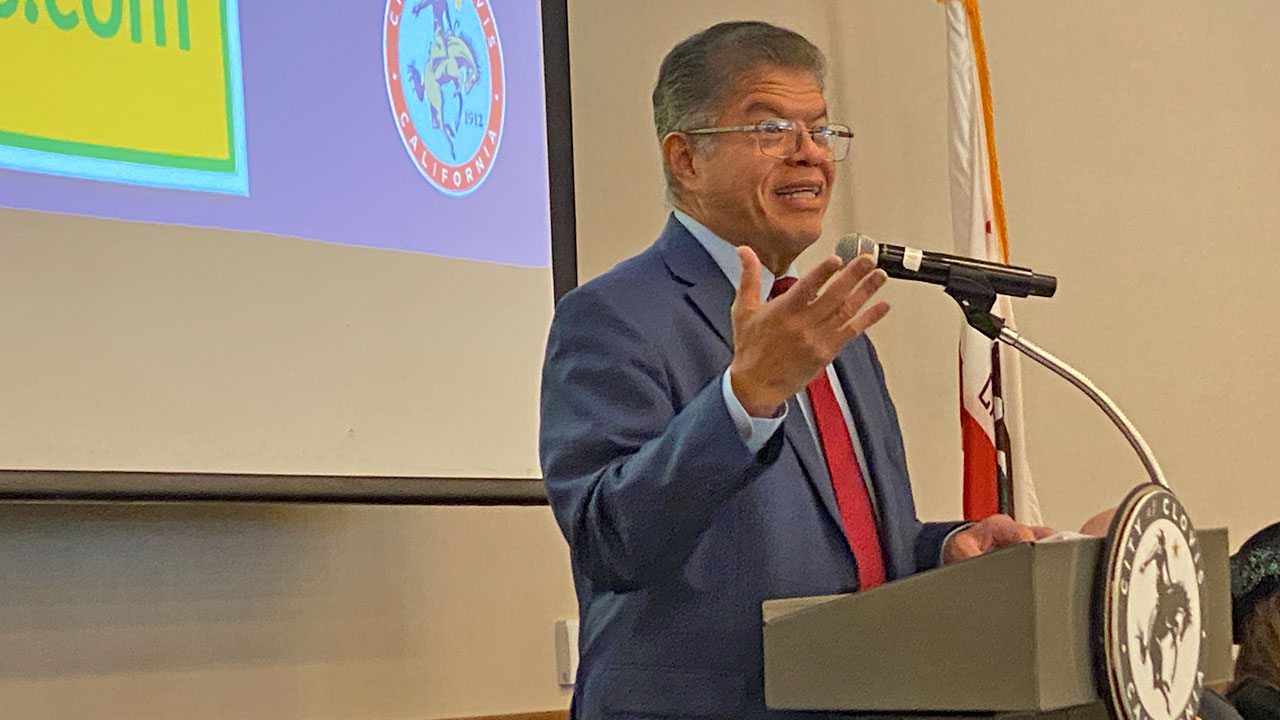 The longest-serving councilmember in the city of Clovis will not for re-election in November, leaving the seat he’s served in since 1999.

“I think it’s time,” Jose Flores, currently serving in the mayor’s role, told Politics 101 of his 24 years in office. “That is enough, I think, for me giving back to my hometown and (to) allow for new blood, new ideas, someone younger that can carry on the torch.”

At the Clovis Mayor’s Breakfast in May, Flores said he planned to run.

“At that point, I thought I’d be running. But I’ve been pondering this along with my family and my wife since the last re-election,” Flores said.

Flores says he will remain police chief at State Center Community College District, saying he “still (has) a few years in me.”

When Clovis voters cast ballots in November, they will now select at least two new councilmembers.

Incumbent Bob Whalen won an election for Fresno County Superior Court judge in June. He will also not be running for reelection.

Flores said he is endorsing Bessinger, but will wait to see who else runs. The filing period ends on August 17 since incumbents will not be running.

Other possible contenders include:

Diane Pearce, a local Republican Party leader, said she will make an announcement soon. She ran in 2021, finishing third with 35% — behind eventual winners Vong Mouanoutoua and Lynne Ashbeck. She said she wishes Flores well.

Political consultant Jim Verros says he is also considering a run. He was recently appointed to the city’s personnel commission.

Lynne Ashbeck remains the longest tenured councilmember, first elected in 2001. Bessinger and Mouanoutoua are next, winning their first elections in 2017.