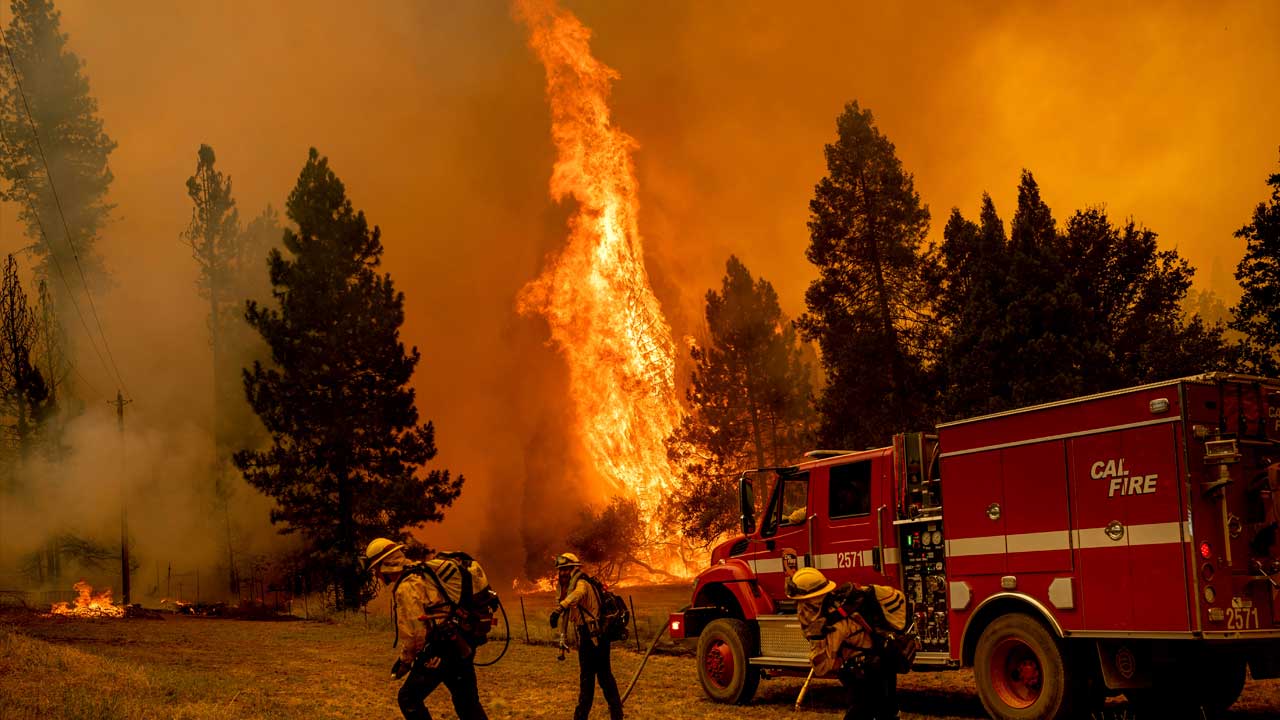 Firefighters significantly slowed the spread of a smoky wildfire churning through forest near Yosemite National Park that has thousands of residents of communities near Mariposa still under evacuation orders on Monday.

Crews “made good headway” against the Oak Fire, according to a Sunday night incident report by Cal Fire. “Fire activity was not as extreme as it has been in previous days.”

More than 2,500 firefighters with aircraft support battled the blaze that erupted Friday southwest of the park near the town of Midpines. They are being aided in their efforts by apparatus including 281 engines, 46 water tenders, 66 bulldozers, and 17 helicopters.

Officials described “explosive fire behavior” on Saturday as flames made runs through bone-dry vegetation caused by the worst drought in decades.

By Sunday night the blaze had consumed more than 24 square miles of forest land and destroyed seven residential structures. On Monday morning, Cal Fire reported the fire is 10% contained. The cause remains under investigation. 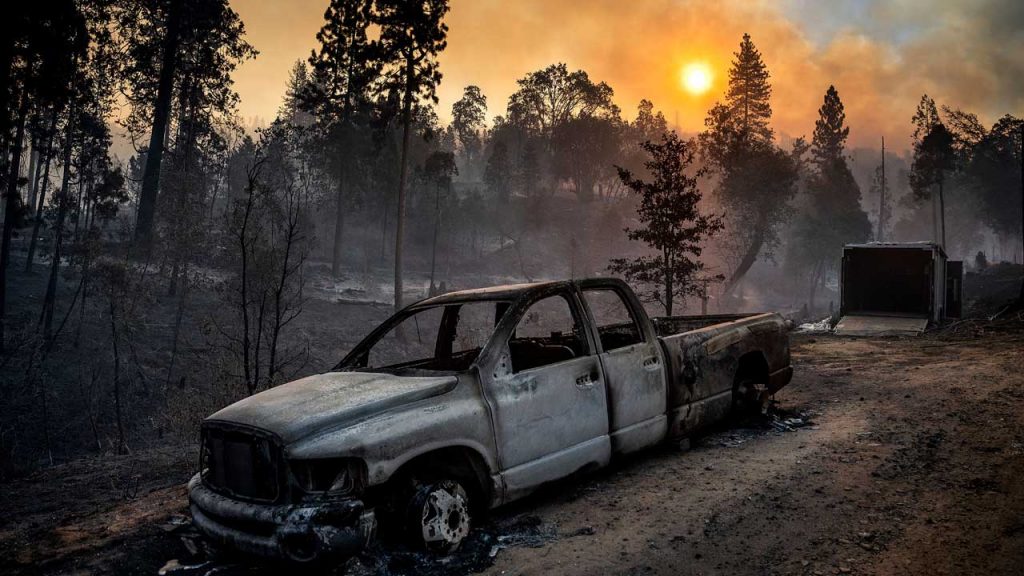 Light winds blew embers ahead into tree branches “and because it’s so dry, it’s easy for the spot fires to get established and that’s what fuels the growth,” said Cal Fire spokesperson Natasha Fouts.

Evacuations were in place for over 6,000 people living across a several-mile span of the sparsely populated area in the Sierra Nevada foothills, though a handful of residents defied the orders and stayed behind, said Adrienne Freeman with the U.S. Forest Service.

“We urge people to evacuate when told,” she said. “This fire is moving very fast.”

Animal evacuation centers have been set up in the area at the following locations:

Lynda Reynolds-Brown and her husband, Aubrey, awaited news about the fate of their home from an evacuation center at an elementary school. They fled as ash rained down and the fire descended a hill towards their property.

“It just seemed like it was above our house and coming our way really quickly,” Reynolds-Brown told KCRA-TV.

Gov. Gavin Newsom proclaimed a state of emergency for Mariposa County due to the fire’s effects.

Numerous roads were closed, including a stretch of State Route 140 that’s one of the main routes into Yosemite.

Pacific Gas & Electric said on its website that more than 2,600 homes and businesses in the area had lost power as of Monday and there was no indication when it would be restored. “PG&E is unable to access the affected equipment,” the utility said as flames roared Friday.

The Oak Fire was sparked as firefighters made progress against an earlier blaze, the Washburn Fire, that burned to the edge of a grove of giant sequoias in the southernmost part of Yosemite National Park. The 7.5-square-mile fire was 87% contained after burning for two weeks and moving into the Sierra National Forest.

Feds Fast-Track Efforts to Save Sequoias From Wildfires