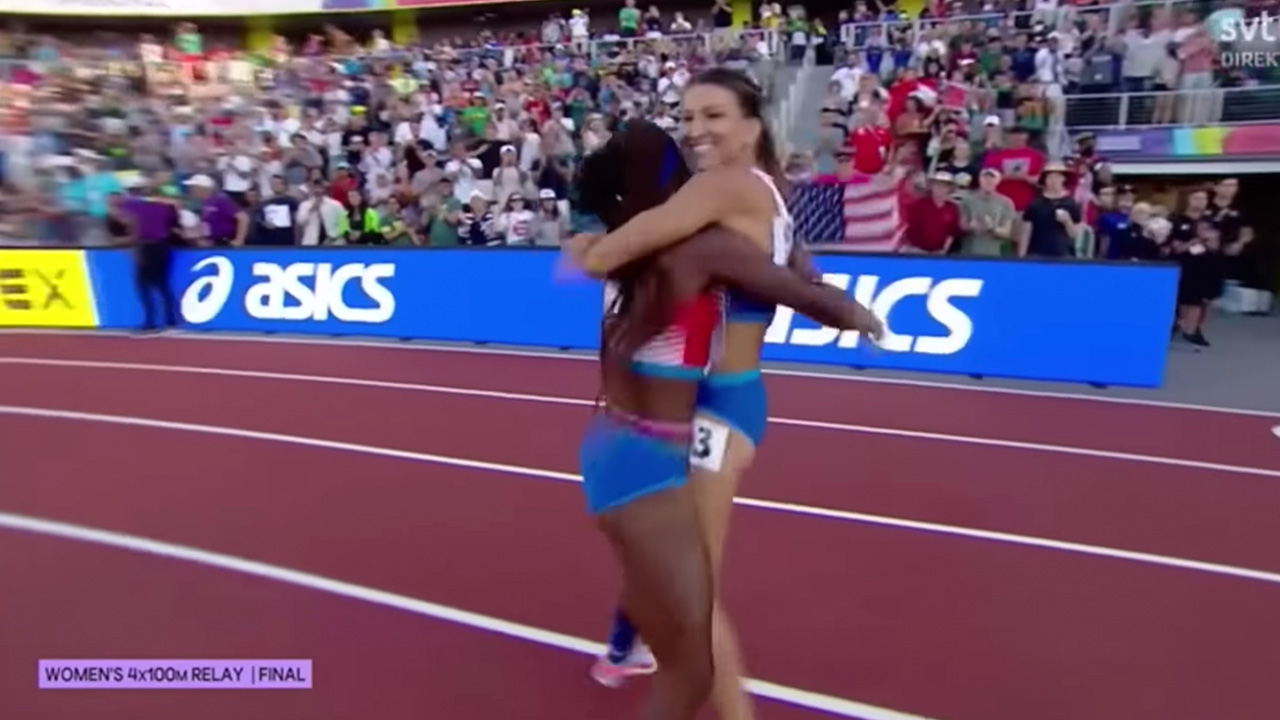 With Jenna Prandini of Clovis running the third leg, the U.S. women stunned Jamaica to win the 4 x 100-meter relay at the World Track and Field Championships in Eugene, Oregon.

The Americans finished in  The U.S. prevailed by four hundredths in 41.14 seconds on Saturday, beating a Jamaican quartet that included Shelly-Ann Fraser-Pryce, Shericka Jackson, and Elaine Thompson-Herah, who swept the individual 100 medals earlier in the meet.

Melissa Jefferson of the United States ran the fastest opening leg and the Americans led the Jamaicans by .24 seconds when Prandini took the baton from Abby Steiner. Prandini kept the lead and anchor TeeTee Terry sealed the victory for the United States.

“It means everything to bring the gold back to America,” Prandini said during an on-track interview following the race at Hayward Stadium, the renovated 25,000-seat gem at the University of Oregon. Prandini starred for Oregon after a dominating prep career at Clovis High School.

US Finishes With Record 33 Medals

The United States finished with a record 33 medals, including 13 gold, in the first World Championships held on U.S. soil.

Backed by their home fans, the Americans put on a dazzling performance highlighted by Sydney McLaughlin’s shattering of her own world record in the 400-meter hurdles. McLaughlin also anchored a 4 x 400 relay victory for the U.S.

“We’re deep,” McLaughlin said. “We have a lot of really amazing athletes and we all put our 100% best out there every time we perform.”

The meet served as a reminder of Prandini’s world-class speed as she added a world gold medal to the Olympic silver she won on the 4 x 100 relay last August in Tokyo. In that race, the Jamaicans defeated the Americans. Prandini also took home a world championship silver medal on the 4 x 100 relay in 2015 at Beijing. 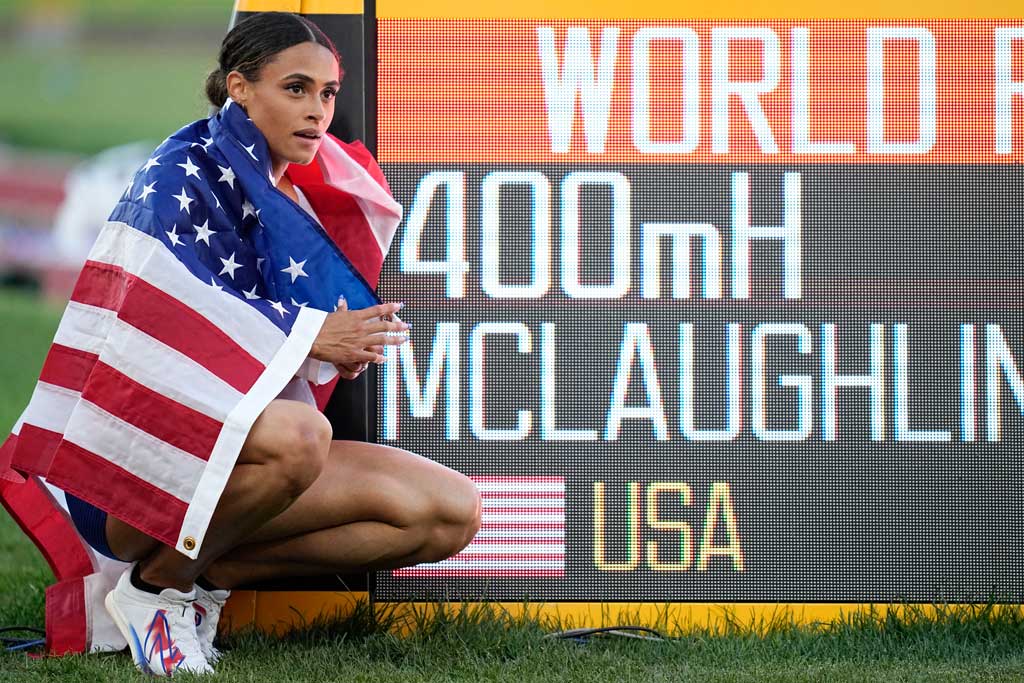 Gold medalist Sydney McLaughlin, of the United States, poses by a sign after winning the final of the women’s 400-meter hurdles at the World Track and Field  Championships on Friday, July 22, 2022, in Eugene, Oregon. (AP/Ashley Landis)

Fresno Weather: It’s a Dry Heat. Except When It’s Not.