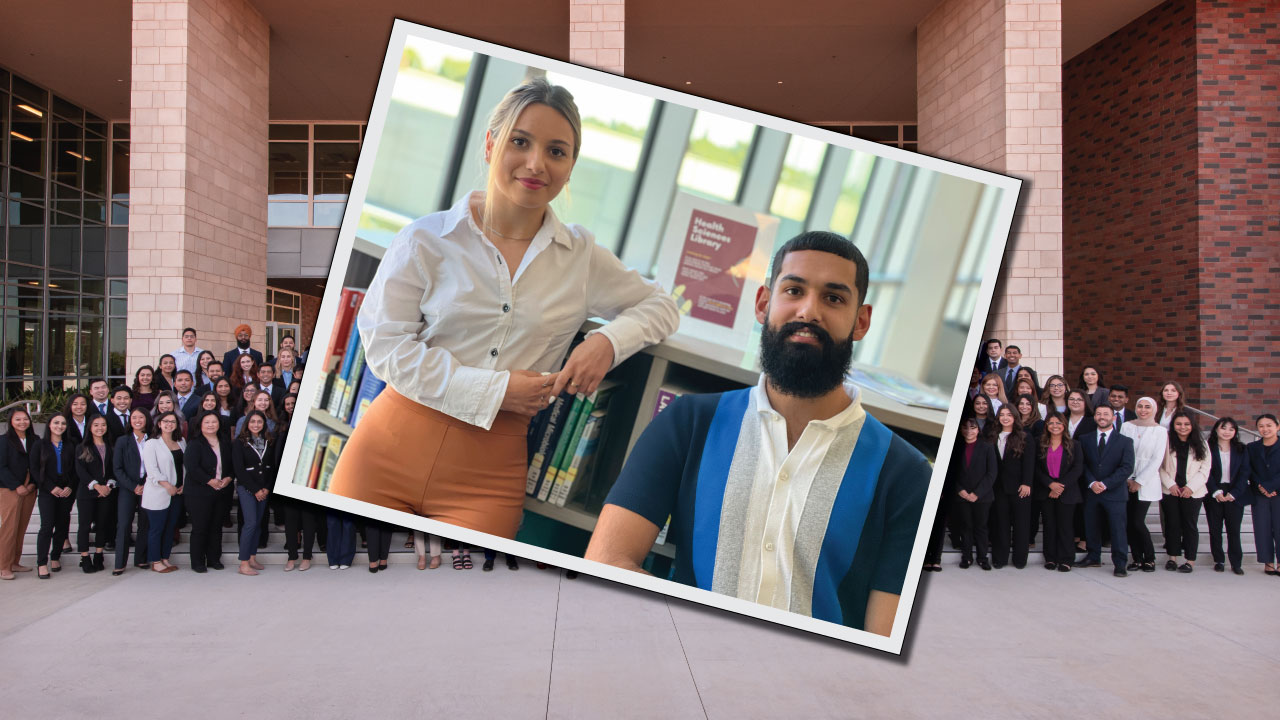 Ranvir Singh Johal and Mary Kocharyan say they both knew from a young age that they wanted to be doctors when they grew up.

Now they’re looking forward to the education and training they’ll be getting at the California Health Sciences University College of Osteopathic Medicine.

This new class is the medical school’s largest, with 158 members, Dean John Graneto said Thursday. That’s just four students short of the maximum currently allowed under the college’s preaccreditation status, he said. The school is on track for full accreditation, which is scheduled to occur after the first class graduates in May 2024, he said.

Graneto said he’s noticed a growing number of applicants already have friends or classmates enrolled at CHSU and were drawn to apply because of that connection. Thirty percent of the latest class are from the Central Valley, he said. Eighty-five percent are from California, and the remaining students are from out of state.

Having a medical school that trains local students means they might be likelier to remain after their graduation and residency. So it’s helpful that the residencies in the region have continued to expand, from 254 when the school first opened to 358, Graneto said.

CHSU was founded in 2012 by the Assemi family to provide a local option for medical school. Darius Assemi is the publisher of GV Wire.

For Johal, having a medical school in Clovis meant he could again live with his family on their Caruthers-area farm.

Kocharyan’s experience in Fresno prior to medical school was a bit more limited — she spent one week here while competing with her Armenian dance troupe.

Johal and Kocharyan, who spoke to GV Wire on Thursday after completing their three-day orientation, said they followed markedly different paths to medical school, although their backgrounds have similarities.

Both come from immigrant families: Johal’s Sikh parents emigrated to the U.S. and settled on a raisin grape farm in the Caruthers area that’s worked by extended family members. His dad is a truck driver and his mother works for Sun-Maid. Johal was enrolled in the Doctors Academy program at Caruthers High, where his interest in medicine was encouraged and he was exposed to real-world experiences in healthcare. The challenging curriculum prepared him well for his undergraduate work at UCLA, where he earned a bachelor’s degree in biology.

Kocharyan’s family emigrated from Armenia to Southern California when she was 7. Her mother had been an ophthalmologist in Armenia but didn’t practice medicine after she came to the U.S. After graduating high school in the Los Angeles neighborhood of Woodland Hills, Kocharyan earned her bachelor’s in psychology at UC Berkeley.

Both took some time after earning their undergraduate degrees for work experience: Johal worked for the Central Valley Health Policy Institute, and Kocharyan labored as a medical assistant/scribe at the Pacific Neuroscience Institute in Santa Monica.

For Johal, his Health Policy Institute job gave him more insight into the many healthcare challenges that many lower-income Valley residents face, and the impact that healthcare providers can have in lobbying for policy changes to improve their circumstances.

Kocharyan, meanwhile, was getting opportunities to assist with in-office procedures that cemented her determination to become a doctor.

Both said they are glad that the college’s curriculum includes two years of medical Spanish, enabling them to speak directly with patients and not through translators. With parents who spoke either Punjabi or Armenian but little English, respectively, Johal and Kocharyan said they have firsthand knowledge of how communication gaps can affect medical care.

Patients may either delay care or may not understand their doctor’s instructions during an office visit, neither of which leads to a good health outcome, Kocharyan said.

Johal says he’s excited to be working with other students and school leaders who are making a tangible difference in the community’s health.

He’s also looking forward to the day when he can actually help his parents with their health questions.

“Our parents don’t really know that we’re not doctors yet. So they say, ‘Oh, you’ve been studying for four years, I have this problem, help me out with it,’ and I can’t help them with anything. I learned biology and evolutionary medicine, genetics. None of that will help me with a diagnosis,” Johal said with a laugh.

“So I’m excited to finally be able to, when my dad or my mom have issues, I can finally give solid advice. Of course, I would always tell them to go to a doctor, but just, you know, point them in the right direction, I’m very excited for that as well.”

Inside the Radical Plan Being Written for Trump’s Second Term