Fresno County voters are one step away from deciding on the continuation of a sales tax dedicated to transportation and road maintenance projects.

One more public agency approved the $7 billion spending plan at a Wednesday morning meeting, but not before critics of the plan came in for a scolding from a prominent local leader.

By a 7-1 vote, the Fresno County Transportation Authority — a body created by the 1986 approval of Measure C — gave its consent to the plan. The next step is for the Fresno County Board of Supervisors to place the item on the November ballot. That decision is expected on Aug. 9.

Voters would need to approve the Measure C renewal by a two-thirds margin for it to pass.

The plan, crafted by a series of committees organized by FCTA and the Fresno Council of Governments, will ask voters to continue the half-cent sales tax for another 30 years (2027-2057). 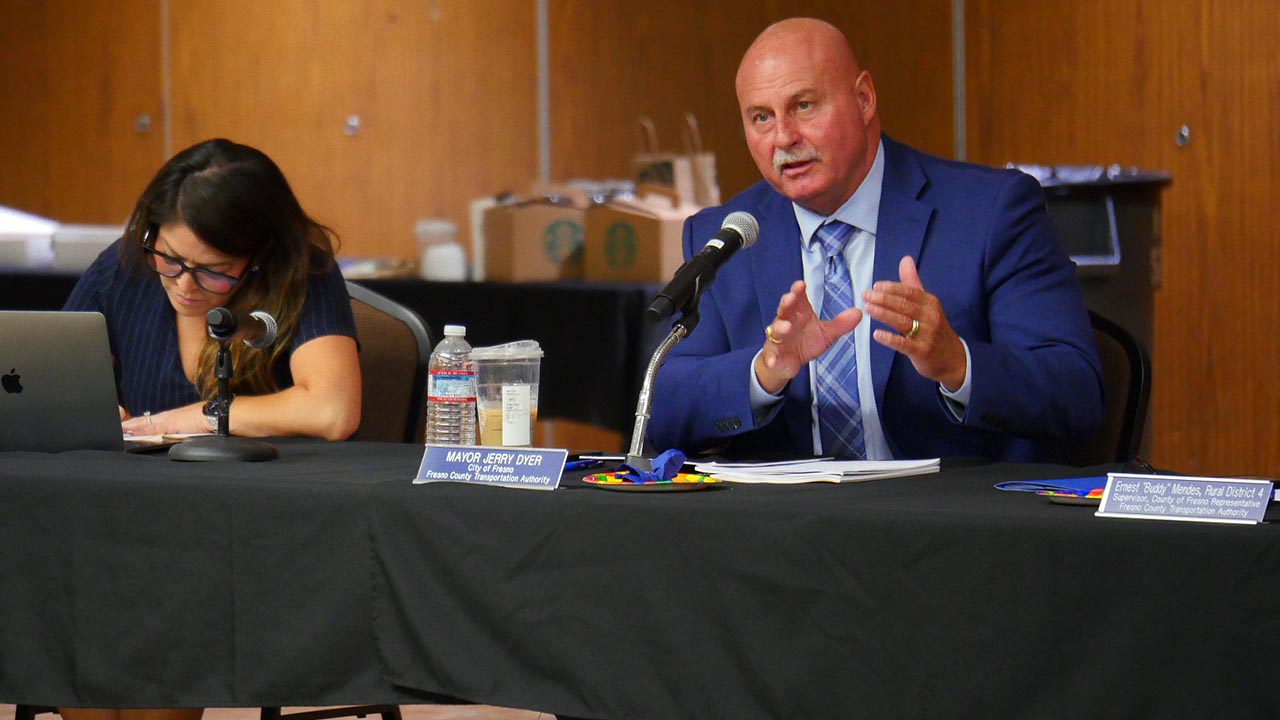 At Wednesday’s meeting held in the ballroom of the Fresno County Plaza Building, arguments made for and against the renewal were repeated from other meetings.

Several FCTA board members — mainly comprised of elected officials in the county — said the plan was imperfect but necessary for transportation and road infrastructure needs.

Fresno County Supervisor Steve Brandau was the lone no vote. He objected to the city of Fresno altering the formula to allocate Measure C funds and the last-minute nature of the changes (at the July 7 Fresno COG vote).

Fresno Mayor Jerry Dyer apologized for the method of making the change but said it made the spending plan more fair to incorporated cities.

“The truth is, the more questions I asked of my staff … the more I saw that our folks in the city of Fresno were not getting the best deal,” Dyer said.

The Fresno plan changed the allocation formula, taking $187 million away from unincorporated areas in the county and redistributing it to the cities.

Dyer said annexing parts of the county, such as Calwa, into the city of Fresno would help even things out. The current property tax sharing agreement between the two jurisdictions favors the county, 62% to 38% for the city.

After the meeting, Dyer said the priority for Measure C spending in the city will go toward neighborhoods with neglected roads.

Another priority is public transit. On the dais, Dyer said transit ridership is at 7 million people, an increase from pre-pandemic numbers.

“Is that number going to go down in the future? No, it’s going to go up. Let me tell you why. Population density is going to increase in the city of Fresno,” Dyer said.

The cost of housing, energy and gasoline will create even more of a demand for public transportation, Dyer said.

During public comment, Leadership Counsel for Justice and Accountability co-executive director Veronica Garibay said the Measure C plan was rushed and did not meet the needs of the community.

“This process has failed to meaningfully include the community. And I’d like to start that by noting that even the modified plan falls short of what community residents have asked for, for many years,” Garibay said.

Clovis City Councilwoman Lynne Ashbeck — FCTA vice chair — responded to the criticism from social justice groups that the Measure C process did not engage the community well enough. She did not hold back.

“The inability of your constituents to have their voices heard is a result of your performance in this process. And if you had spent as much time bringing people here to oppose the measure as you, if you could have invested that time into voices to help us shape it, we might be in a different place,” Ashbeck said to community-based organizations that opposed the Measure C renewal.

“I think you missed an opportunity to bring those voices into the space. And that was really the role of the steering committee. But it turned out that isn’t what the CBO came for. They came to just oppose and slow down the process. And it’s hard for me to see any other way,” Ashbeck said.

LCJA, in a letter, accused FCTA and other government agencies of violating the state’s open meeting laws, CEQA — the state’s environmental review law — and election code.