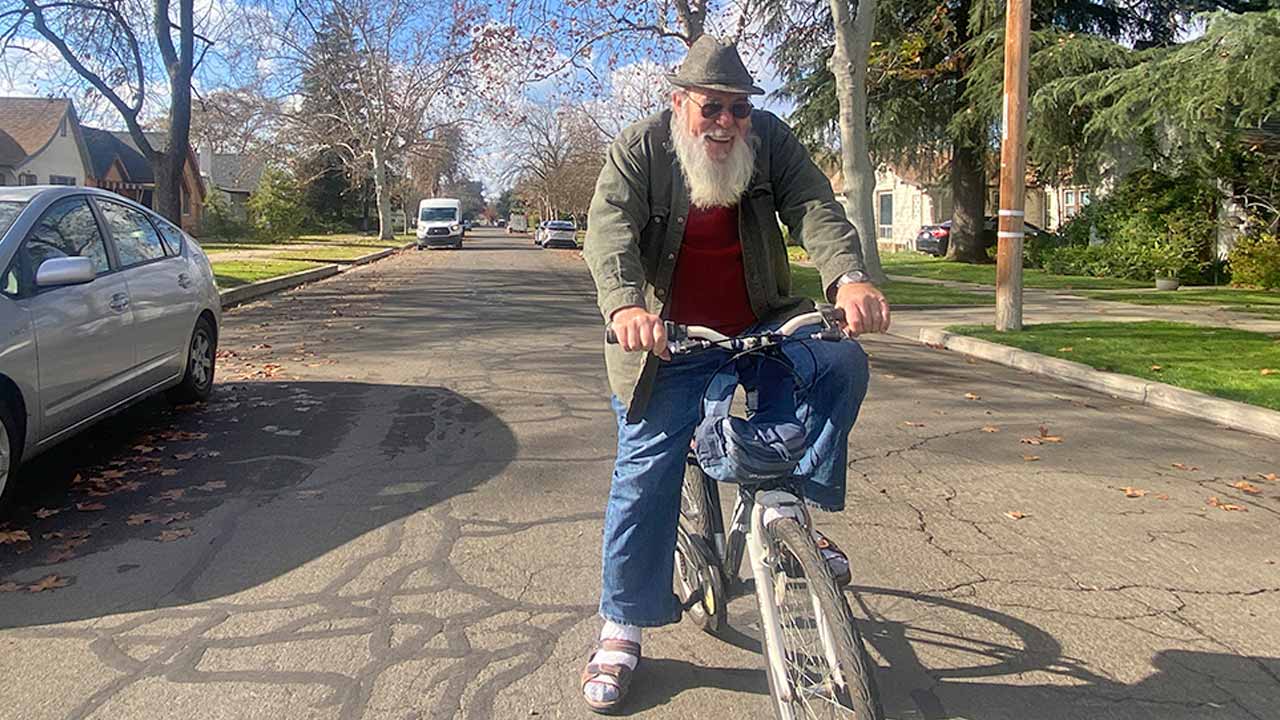 Cancer patients in the Fresno area, like Paul Wilson, area no longer have to travel hundreds of miles for world-class care. (Community Medical Centers photo)
Share with friends

When Paul Wilson found out he had a form of leukemia that strikes mostly people over 60, a friend who also had cancer urged him to seek treatment outside the Valley. “He told me, ‘The only place you can go for leukemia is Stanford. They are the authority,’” said Wilson. “I thought about it and I prayed about it.”

And he followed the voice in his head and heart that told him to stick with his primary care doctor’s recommendation to go to Community Cancer Institute, just 20 minutes from his home. He’s glad he did. He said his prayers were answered in the form of hematologist and oncologist Dr. Haifaa Abdulhaq, a Community Medical Oncology Specialists provider.

Dr. Abdulhaq, clinical professor and director of hematology at UCSF Fresno, and director of UCSF Fresno’s hematology oncology fellowship program, enrolled Wilson, 79, in a clinical research study specifically for chronic lymphocytic leukemia, also known as CLL. The new protocol adds a third chemotherapy drug to the traditional treatment of only two. And after just two treatments, Wilson has had phenomenal results. UCSF Fresno medical residents and faculty are currently involved in hundreds of active research studies and many clinical trials. Clinical trials are used by researchers to determine if a new drug or medical device is safe and effective for people.

Most of the trials available to patients at the Cancer Institute are cooperative group trials where academic medical centers combine their research results to reach faster conclusions for better, faster care to patients.

“We are able to run these clinical trials because we are affiliated with UCSF, but also because this research is supported by Community Medical Centers. [Community] actually gives a huge amount of support for these trials. You cannot do this kind of research as a doctor without a team and the collaboration between the research coordinator and the hospital,” Dr. Abdulhaq added.

Clinical Trial Was a Natural Fit for Leukemia Patient

Wilson said he didn’t hesitate to say yes when asked about clinical trials. “When Dr. Abdulhaq started talking about a research project, I liked that because that’s what had been paying my bills for years.”

“I was in aerospace research for 30 years doing project managing at a jet propulsion laboratory,” he said. As a specialist in manufacturing and process engineering, Wilson helped work on NASA’s space shuttle and satellite technology. He was used to blazing trails.

“I just felt like, ‘Why go to the same old, same old when, you know, we don’t have a cure and there’s always the possibility of something new presenting an opportunity — and not just for me, but also for everybody else.” That last part was really important to Wilson: “I said, ‘If you guys don’t take this and do everything you can with it to help other lives, I’m not participating.’”

When Wilson’s primary care doctor first discovered his chronic lymphocytic leukemia, they just watched it with regular blood cell counts. When his white cell count got to 9,000 — well over normal — Wilson says he was referred to an oncologist specializing in blood cancers.

His first oncologist told him, “We’ll never be able to get rid of the cancer because you’re missing this chromosome that’s called a 17P,” said Wilson, who wanted to stick around and be healthy for his wife of 40 years as well as his 11 grandchildren and four great-grandchildren. “He came back with an alarming white blood cell count, as if the end was coming. I wouldn’t accept it, so I just changed doctors.”

Dr. Abdulhaq offered him hope with the CLL research studies in which she was involved.

“We used to be happy to just decrease the white count and make the people feel better,” Dr. Abdulhaq said of CLL treatments. “But we’ve realized if we can get a deeper level of response, we can get to a ‘negative residual disease’ state. And we see patients do better in the long term with sustained remission and they can live without the cancer for much longer.”

She normally hopes to see results within a couple of rounds of chemotherapy, “but with Mr. Wilson we saw an immediate result. His white count is now normal and he already has improvement in his energy.”

Wilson started feeling so good he went back to riding his bike four to six miles almost every day in his Fig Garden neighborhood. He credits his progress in part to prayer, regular exercise and his attitude: “I keep a positive attitude, or at least I work at making sure I don’t walk out the front door a grump. That’s giving the medicine a chance to work. I just kind of go with the program and trust and be positive.”

Wilson is grateful he stayed in Fresno for treatment and found the right investigative oncologist. “I trust her intuitive skills and her knowledge. She can put any computer to shame when it comes to analyzing things and figuring out what to do,” he said of Dr. Abdulhaq.

Bridging the Gap Between Medical and Mental Healthcare