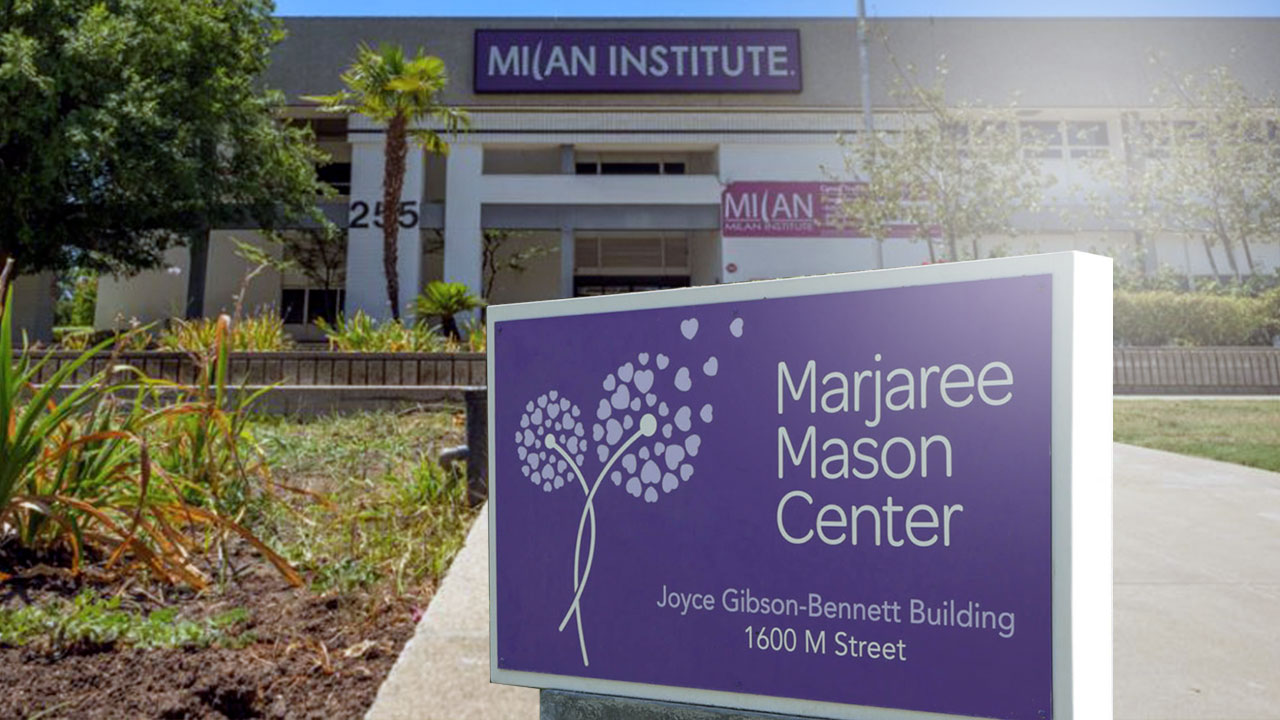 A change in zoning that would allow the Marjaree Mason Center to move into a vacant property in north Fresno was approved by the Fresno Planning Commission on Wednesday.

Commissioners lifted certain restrictions on the use of the former Milan Institute of Cosmetology campus on Bullard Ave. just west of Blackstone. The vote was 6-0.

Marjaree Mason Center is a leading provider of services to domestic violence victims and is in escrow to buy the former vocational school campus. Milan moved to Clovis last year.

As currently zoned, only a school or other public institution is permitted on the five-acre property. MMC needs the zoning change in order to use the campus for agency needs.

Residents speaking at the meeting were generally supportive, but cautious about the potential new neighbor.

Support, But With Conditions

Several residents spoke in support of the rezoning application, as long as Marjaree Mason Center completes the purchase of the property. If not, neighbors requested the planning commission keep the existing zoning restrictions in place.

“The organization who would like to purchase the property will be a reasonable option,” Almeida said. “We would feel better about not being subjected to a bait and switch situation.”

Other speakers criticized the city of Fresno for a lack of transparency about the potential buyer when the application first surfaced. MMC officials said they needed state permission to reveal the agency’s intentions because of the confidential nature of its services.

Some neighbors asked commissioners to impose a requirement for a taller fence around the facility and to expand it beyond the back property line. City code allows up to an eight-foot fence.

There was no formal opposition to the rezoning application.

Nicole Linder, executive director for Marjaree Mason Center, said her organization has outgrown its downtown Fresno location. The Milan site works because of its proximity to highways, transportation, and medical services, she said.

“The volume that we serve in our community is high and we needed a place that was able to match that. The pandemic hit and like everybody went into a different triage mode and started looking for a lot of places. And this is a perfect location for us,” Linder said.

She advocated for the zoning change to allow MMC to use the property.

“It is nestled in a neighborhood that is filled with love and neighbors who are also committed to being as neighborly as we would like to be,” Linder said.

“Getting this away from being a vacant, unused parcel, no matter how good the security is, is going to eliminate some of the adverse impacts and effects that happen when a property is large, it’s darker at night and it’s available for people to come in and utilize when they’re not supposed to be,” McGuinness said. “The worst thing you can do with an infill project is let it remain vacant.

He also said there would be less traffic than if a school used the property.

Planning Department Director Jennifer Clark advised the commission that their decision must be based on the use of the property, not the user.

The commission voted to approve the rezoning request with three conditions — at least a six-foot fence along the back wall; access from Del Mar Avenue limited to emergency vehicles only; and the ability to the use the property for social services and as an emergency shelter facility.

By definition, emergency shelter is limited to a stay of 180 days; a social service facility is typically for stays of less than 30 days.

An MMC spokeswoman said services at the Milan site would be in addition to those it provides at its downtown M Street location.

Occupancy of the north Fresno location could still be years away. In a previous statement, MMC said they are considering using the space for offices and services such as a hotline call center, intake processing, and mental health services.

The rezoning application will next move to the Fresno City Council for final consideration.