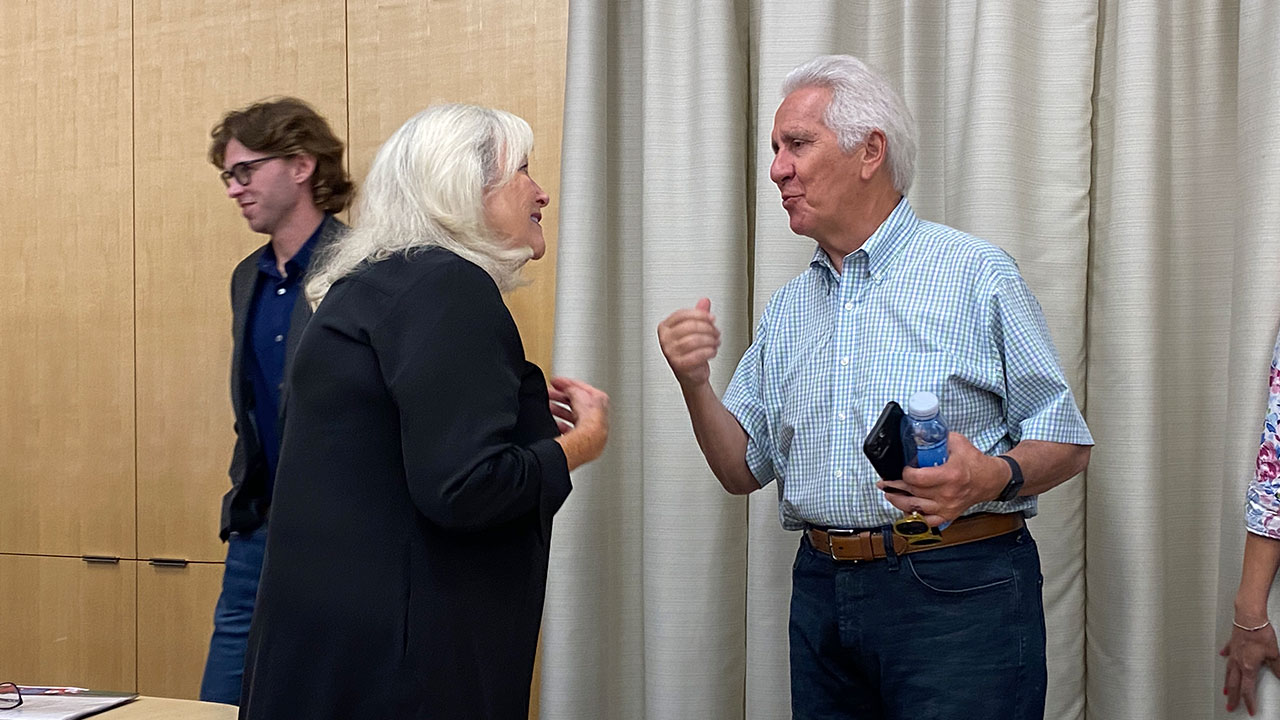 It was a congenial show of bipartisanship, two legislators of a similar generation — Conway joked they nearly went to the same high school at the same time — coming together for a common cause.

Politics 101 caught up with both of them for an update on the happenings in Washington and the Central Valley.

It has been one month since Conway won a special election to fill the remaining six months of former Rep. Devin Nunes’ term in Congressional District 22. She missed a week of voting, including on rare gun control legislation, citing a personal obligation set long before she ran for the seat.

Conway says she is working on new legislation, “in the recipe stage.” She hinted it would involve agriculture.

How has the first couple of weeks in Congress been?

Conway:  It’s been exciting. I keep telling everybody it’s like Sacramento on steroids. Very busy. Everybody has a direction, where they’re going. I kind of feel like I’ve been on the bench for the first three quarters and it’s the the fourth quarter and the coach says, okay, Conway, you’re in. And I’m like, whoa.

What do you make of the latest hearings in the January 6 hearings, and the testimony of Cassidy Hutchinson?

Conway: It has not been high on my priority of things to do because I felt like it was it’s so one sided. I don’t mind the give and take. It just should be there. And there really isn’t … I know that (Hutchinson) was very careful about well, ‘I heard that or it seems like’ or, you know, there was nothing specific.

There were shocking allegations she made.

Conway: Yeah, but she wasn’t an eyewitness to it. So it’s like, what does that testimony mean? And then I heard that the Secret Service are saying, no, that’s not what happened. So I don’t know, I haven’t investigated it. At some point it feels like a dog and pony show to me, but those can be entertaining. But, you know, this is our country, and so it shouldn’t be a dog and pony show. I really wish there was a counterbalance to it. If Mrs. Pelosi had just allowed the Republicans … Leader McCarthy wanted to put on the commission. And those are folks that are used to talking to each other all the time. I just think it would have been better dialog and it would have been more meaningful for maybe someone like me so I could hear both sides of the issue.

Costa on the Future of Advance Peace

Costa is running for his ninth term to represent the Fresno-area in Washington. He faces businessman Michael Maher, R-Kingsburg, in November.

The city of Fresno did not fund Advance Peace, a gun-violence prevention program, in last month’s budget hearings. An employee from the program was arrested during a major gang takedown. The police chief said he could no longer trust the program.

The city council did create a pathway for Advance Peace to re-apply for funding.

Costa has been an advocate for the program, securing $300,000 in federal funds.

What do you make of the Advance Peace discussion during the city of Fresno  budget process?

Jim Costa: They have to resolve that. We work with the Fresno Police Department, the city and Advance Peace. There’s obviously some concerns. I understand that we’re going to have to work it out.

Costa also highlighted funding he helped secure for other projects, including $15 million for expanding Highway 41 in Madera County, north of the Fresno city/county line.

South of that line, city and county leaders are debating the extension of Measure C, the local sales tax dedicated to transportation projects. Fresno city leaders have balked at the current renewal plan. A public meeting is scheduled for Thursday night.

What do you think of the conflict with the city of Fresno, having issues with how the Measure C proposals going?

Costa: I’ve worked with the city of Fresno in the county of Fresno for many years. Trying to get them to agree on the time of the day is always a challenge.

Conway and Costa came together at Fresno State to announce $20 million in funding for a new dairy business innovation program.

The money will allow for entrepreneurs to experiment with dairy products. Grad student Daniel Olmos demonstrated, showing off his wine-infused cheeses.

University president Saúl Jiménez-Sandoval had the line of the day, when describing how cheese can be regional. 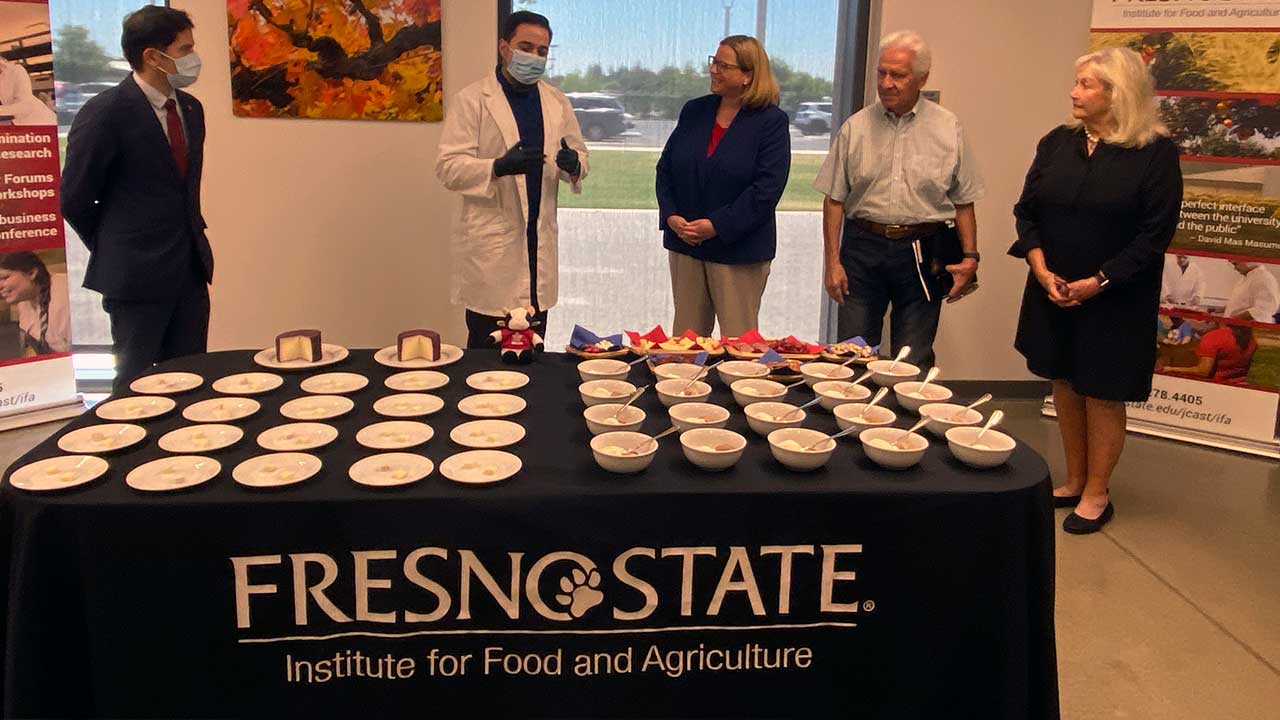