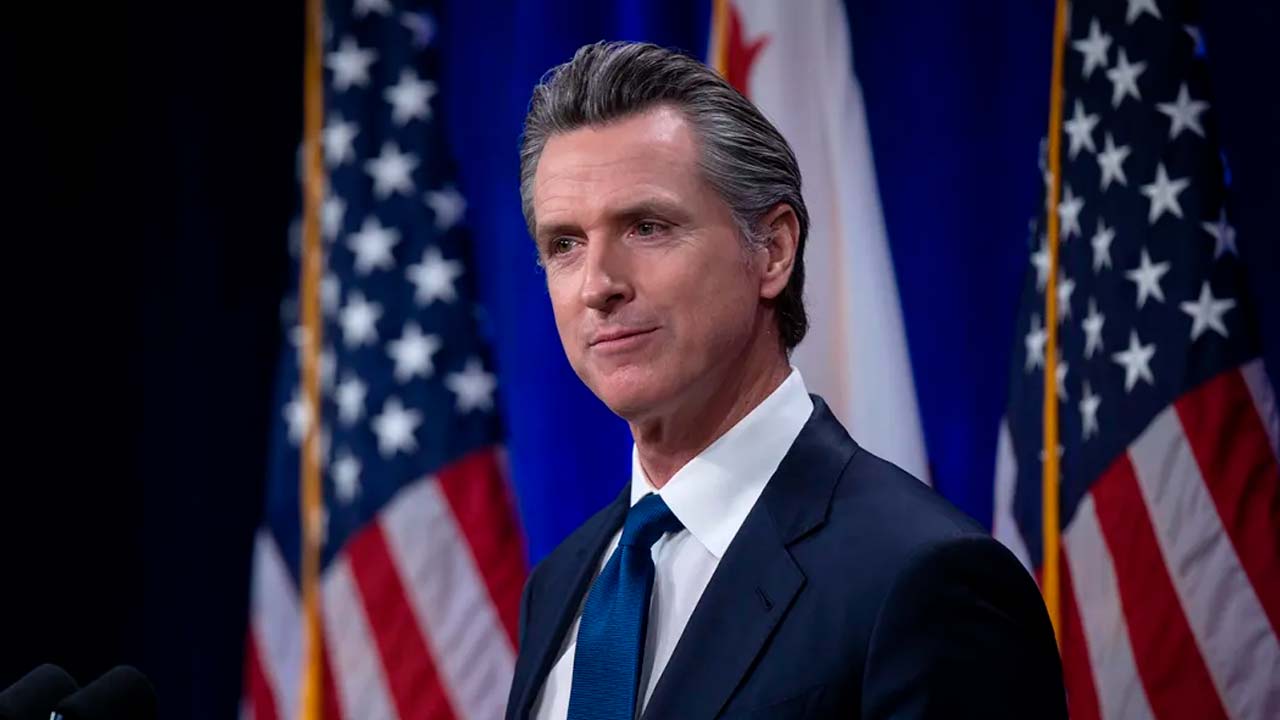 Gov. Gavin Newsom speaks during the State of the State address in Sacramento. (CalMatters/Miguel Gutierrez Jr.)
Share with friends

“I don’t know how many times you can say no in ways that others don’t say no,” he told one journalist who asked the question recently.”

“Yeah, I mean, I have sub-zero interest,” Newsom told another. “It’s not even on my radar.”

Newsom has patiently climbed the political ladder one rung at a time, beginning with appointments by Willie Brown, then mayor of San Francisco, to the city parking commission and later to the city’s Board of Supervisors (city council).

Newsom succeeded Brown as mayor, achieved notoriety for defying state law to sanction same-sex marriages, was elected as lieutenant governor and then as governor in 2018. He handily survived a recall election last year and is certain to win a second term as governor this year.

Having devoted nearly half his 54 years to that climb and having portrayed himself as a political innovator, why wouldn’t he look in his shaving mirror and see a president staring back?

The recent flare of national media speculation was ignited by Newsom himself as he criticized his own party’s passivity to the surge of conservative – and mostly Republican – victories in political and judicial arenas and fired rhetorical broadsides at prominent GOP figures and red states.

“Where the hell is my party? Where’s the Democratic Party? You guys paying attention to what’s going on?” Newsom asked abortion rights activists after a Supreme Court decision repealing the Roe v. Wade ruling was leaked. “Why aren’t we standing up more firmly, more resolutely? Why aren’t we calling this out? This is a concerted, coordinated effort. And, yes, they’re winning. They are. They have been. Let’s acknowledge that. We need to stand up. Where’s the counteroffensive?”

“Freedom is under attack in your state,” Newsom told Floridians. “I urge all of you living in Florida to join us in the fight or join us in California.”

The ad probably had zero impact in Florida, but once again fueled speculation about Newsom’s true motives.

In a mid-June Atlantic magazine article, veteran political journalist Ronald Brownstein anointed Newsom as the man on a white horse galloping to the Democratic Party’s rescue. The conservative gains, Brownstein wrote, created a “job opening” for a Democratic leader. “Newsom isn’t the only Democrat who could step into the void,” Brownstein wrote. “But he is perhaps the best person to do so…”

The Brownstein article inspired a flurry of speculation by other national journalists about Newsom.

Are his actions merely aimed at goading his party into being more aggressive on such issues as abortion rights and gun control, as he insists, or is he also laying the foundation for a presidential campaign, either in 2024 or 2028?

A 2024 bid would hinge on President Joe Biden’s opting out of re-election and Vice President Kamala Harris – another Willie Brown protégé – once again stumbling while seeking the presidency.

To play a longer game, Newsom would need a position beyond ex-governor, such as the Senate seat that Dianne Feinstein is likely to vacate two years hence.

Or maybe he’ll just go back to peddling wine.

Biden’s Reckless Spending Set off Inflation. Can You Believe He Wants to Add More?