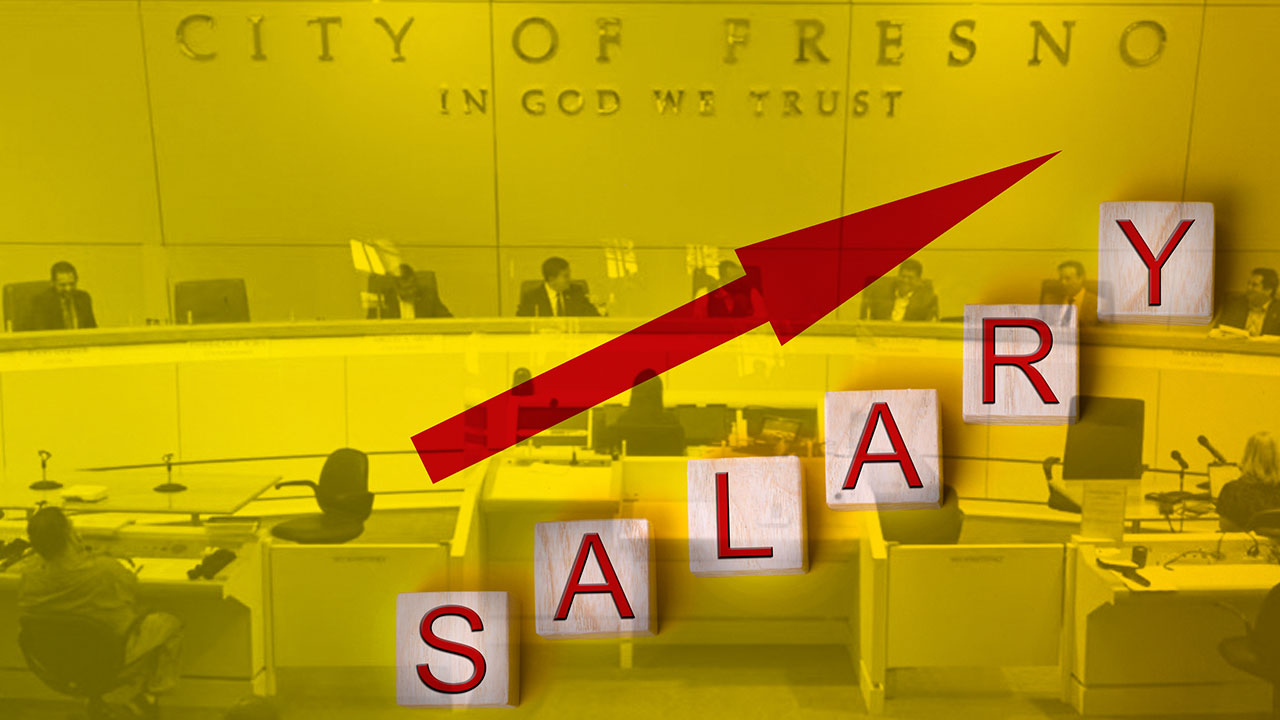 Pumping the brakes on a 69% pay raise, the Fresno City Council opted for a more modest pay bump. Instead of receiving a $55,000 raise all at once, the city council instead will receive smaller amounts paid incrementally throughout the next three years.

Citing public feedback, the three city councilmembers who made the initial proposal worked with Mayor Jerry Dyer on a new salary system.

That means by 2025, all city council members will receive a 39% raise from the current amount.

The new proposal passed by a 5-2 vote — the same count as the previous raise proposal received on June 23  — with Garry Bredefeld and Esmeralda Soria voting no.

Dyer wanted the amount capped at the 2023 amount. Members of the city council kept the original plan, suggesting a future mayor can voluntarily not accept the raise.

The original plan was to raise council salaries from $80,000 to $135,044, the same amount a Fresno County Supervisor earns in base salary. When a supervisor’s salary rises — it is tied to 60% of what a state judge earns — the council rate would have increased as well under the old proposal.

Listening to the People

Councilman Tyler Maxwell, who along with Chavez and Mike Karbassi, co-sponsored the pay raise legislation, said his constituents were not on board with the amount.

“The messaging was, hey, we understand that, you know, council is probably due for a raise, but we do not agree or respect the proposal,” Maxwell said.

Karbassi acknowledged the original plan was a mistake.

“When we rolled out this program, we probably … it wasn’t as well thought out as it should have been. And I’m fortunate to have an electorate that is very well-spoken and they have access to me and they’ve let me know how they feel,” Karbassi said. “And they wanted something that was just more sensitive to the economy where we were, something was a lot more reasonable.”

Councilman Miguel Arias said councilmembers work harder than Fresno County Supervisors in areas such as budget deliberation, meeting with the public, and demand for services.

Bredefeld responded by agreeing with Arias that the city council works hard. He repeated his same objections made last week, that holding public office is about service and sacrifice. He said that the supervisor system for salaries is a “scam.”

City Council President Nelson Esparza said he was “a bit surprised” by the public feedback. He said a plan to compare it to other cities instead of the Board of Supervisors is fair.

The Fresno City Council is scheduled for a vote for adoption of the pay raise on July 21.

Fresno’s current rate of pay ranks seventh among the ten most populous cities in the state and will remain that way with the amended salary schedule, at least through 2023.

Perhaps the fairest comparison based on population and the overall budget is Sacramento. A commission established by the city charter sets the pay. It is currently at $98,045 for the city council and $158,652 for the mayor.

Fresno is the only city in the top-ten most populous that can directly set its salaries.

The original proposal would have made the city council the third-highest compensated, behind Los Angeles and San Francisco. 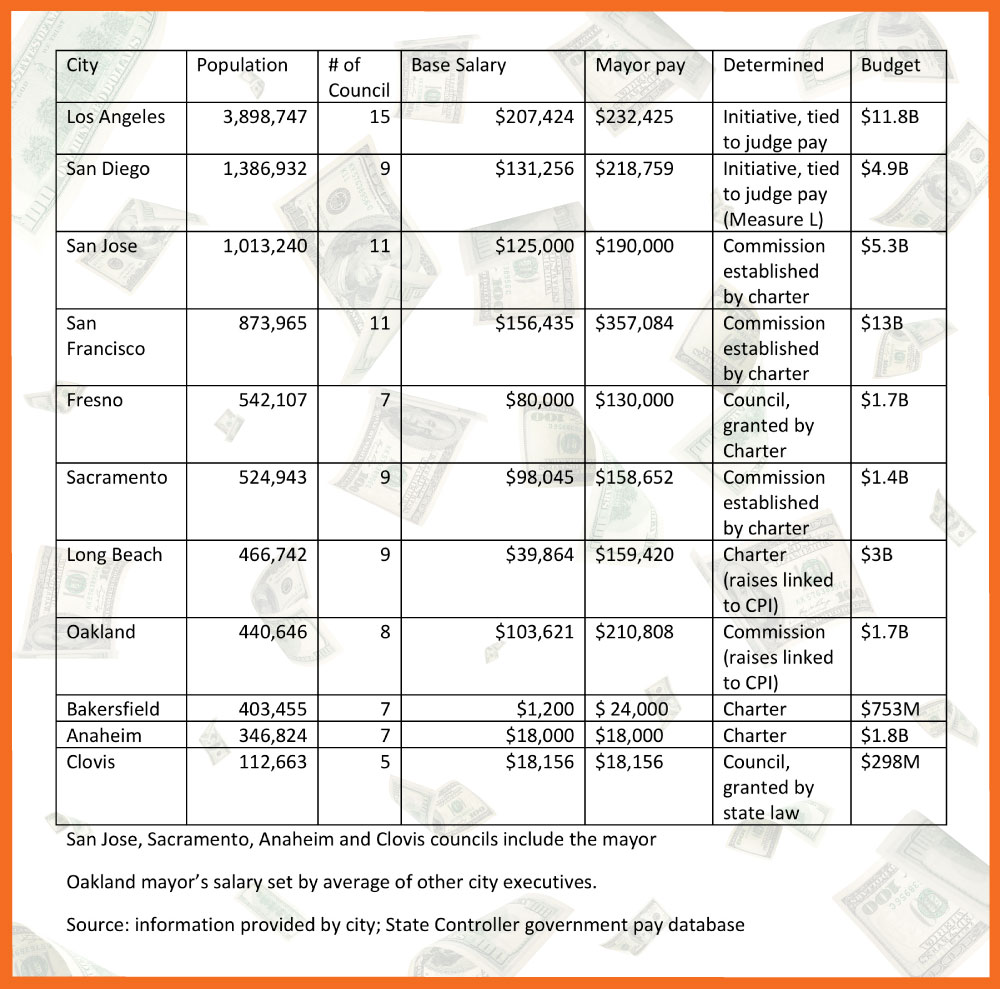 Note: the Fresno salaries are current. The city of Clovis council salary goes into effect starting with the November 2022 election.