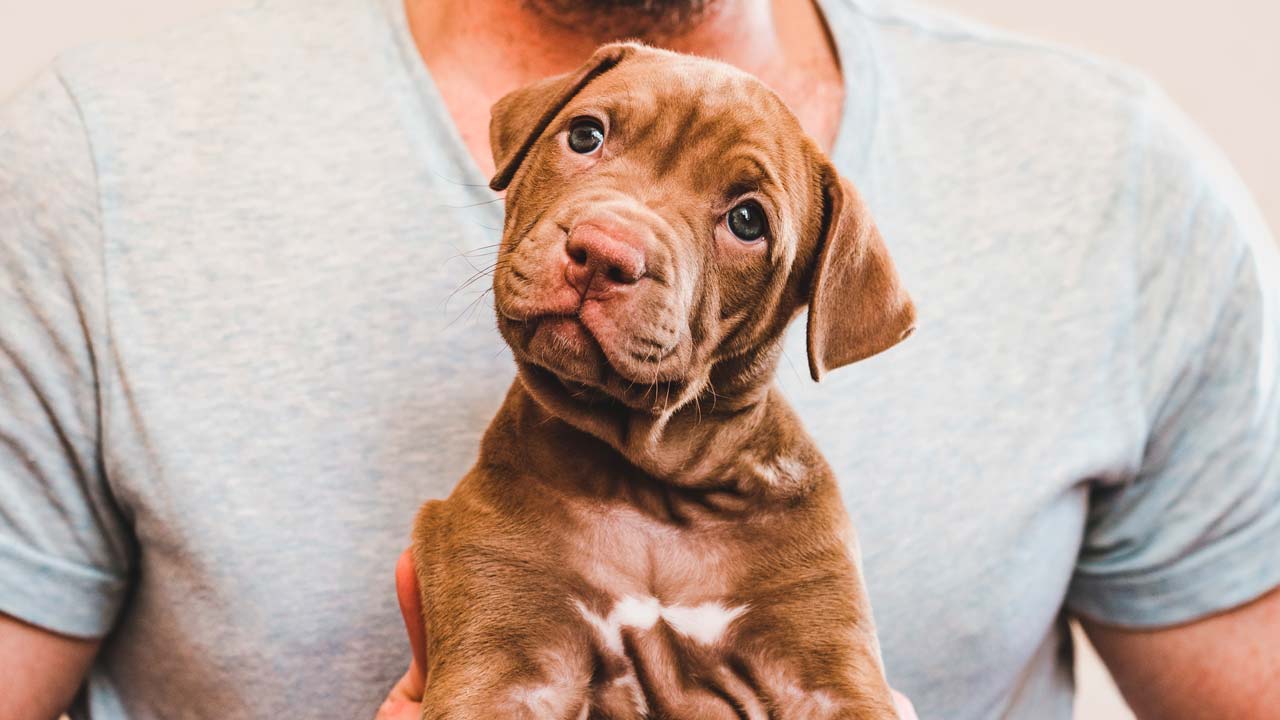 Fresno's new animal center near the airport hopes to work with the community to keep pets off the streets and in their homes. (Shutterstock)
Share with friends

Fresno leaders joined together on Tuesday afternoon to celebrate the opening of the new $20 million Fresno Animal Center near the Fresno Yosemite International Airport.

Along with the ribbon-cutting, leaders announced more than $600,000 in grant funding for the shelter as well as a new holistic approach to reuniting stray pets with their owners and ending the needless euthanization of animals.

In other words, a new era is underway for Fresno’s pet population, as the city teams up with Fresno Humane Animal Services, the UC Davis Koret Shelter Medicine Program, and Best Friends Animal Society going forward.

The city’s contract with the Central California Society for the Prevention of Cruelty to Animals officially ends on Thursday and Fresno Humane Animal Services is set to take over the new center’s operations on Friday. 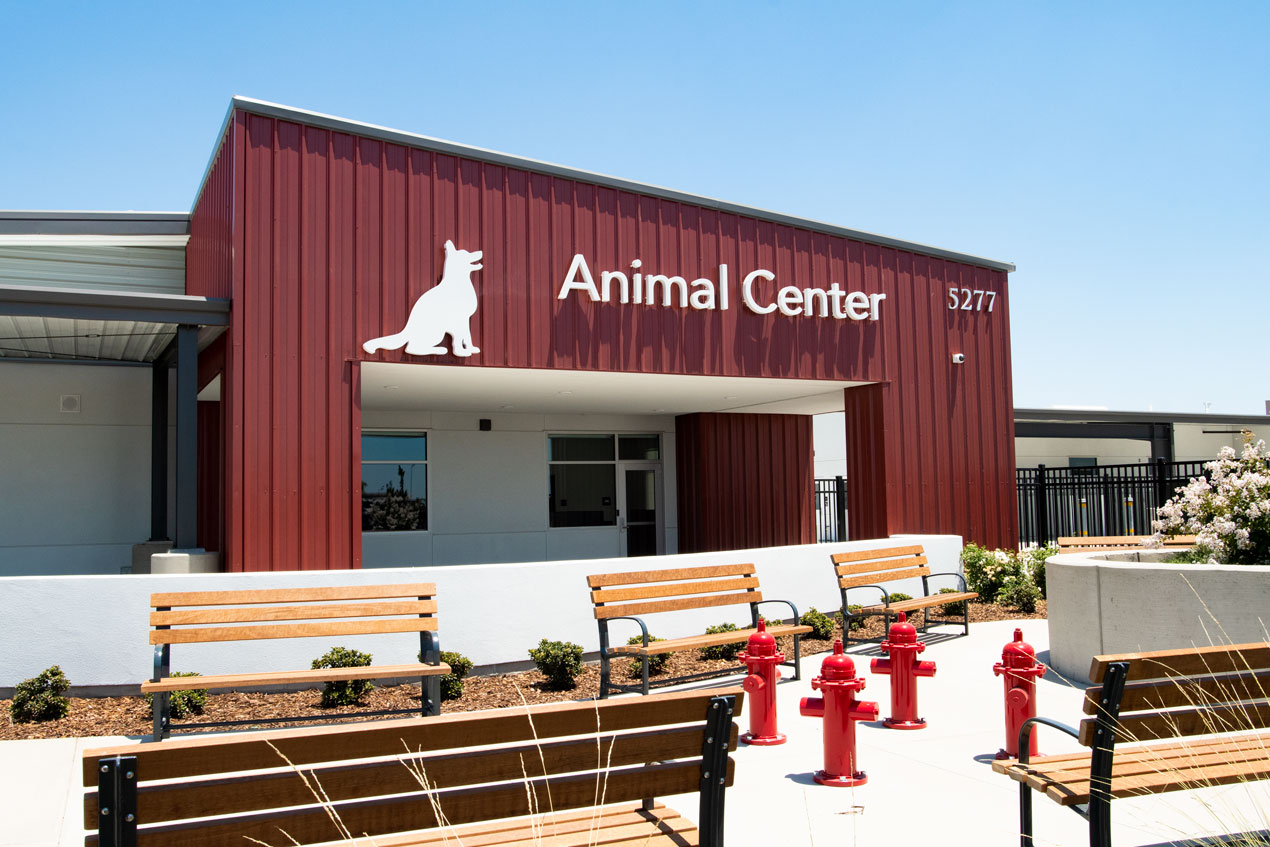 FHAS Director Terry Rockhold says managing both shelters could be quite challenging at times. However, she says that running both also gives them flexibility and the ability to share more resources.

“I think it allows us to help more people and help more animals by resource sharing and kind of bringing everybody together, and everybody will be under the same message,” said Rockhold.

Will the City’s New Animal Center be No-Kill?

It’s kind of impossible for any shelter to be 100% no-kill says Fresno City Manager Georgeanne White. 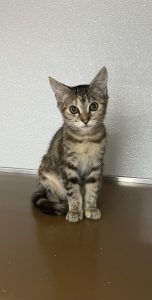 The city of Fresno’s new animal center will have a few kitties up for adoption starting Friday. (GV Wire/Liz Juarez)

However, the center’s new model hopes to be more than just a shelter where pets go to be housed.

“We hear from the experts — UC Davis, Best Friends Animal Society — there’s really no such thing as 100% no-kill,” said White. ” If you have an animal that has come in, that has been hit by a car and has very severe injuries and it’s in the best interest of the animal to euthanize it. But that should be the exception to the rule instead of the rule.”

Their new model, White explained, works with the community by avoiding bringing healthy animals in and working instead to contact close-by neighbors who might have lost a pet.

“Instead of driving an animal here to drop it off, you drive around the neighborhood, you take a picture, you post it online,” said White. “We will have all sorts of resources on our website to help educate the community on how to avoid bringing healthy animals into the shelter so that we don’t have an overcrowding problem.” 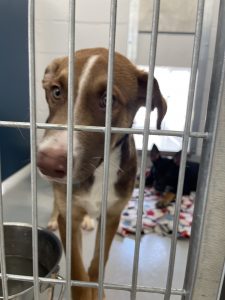 Fresno’s new animal center has a few pups up for adoption with doors open to the public starting Friday. (GV Wire/Liz Juarez)

Rockhold says the center should be looked at as more of a hub where people can go for resources and educational purposes.

“We have one space to bring animals here,” said Rockhold. “What we would like to do, again is to keep those animals in their home.”

Previously, the city would annually renew a $6 million contract with the CCSPCA while they used the organization’s facility and other animal control services.

However, for years the city council and members of the community have criticized the city’s expensive contract with the CCSPCA and that group’s high euthanization rates.

Related Story: Posts Warn ‘All’ Strays to be Euthanized Ahead of New Fresno ...

Livestock Will Also be Up For Adoption

City officials say the shelter is big enough to accommodate up to 15,000 animals a year. About two-thirds are expected to be dogs, with cats making up the balance.

In addition to housing small kitties and puppies, the center will also have the opportunity to house livestock.

For example, horses, pigs, sheep, goats, and other livestock could be housed and put up for adoption at the county and city shelters.

Both centers have lots of extra space to house many of these larger animals.

What Types of Services Will be Offered?

The new facility consists of five buildings, three of which will house animals while the other two will be used for veterinary and administrative services.

Starting off, White says the center will offer adoptions and low-cost vaccinations while partnering with other local groups and organizations to provide spaying and neutering services. 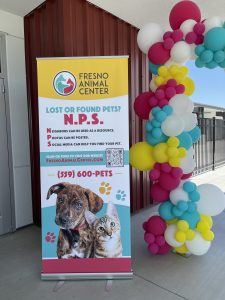 In the future, the goal is to provide a vet in-house that can perform those services and more.

At the moment, California has a veterinarian shortage, White said, but the hope is that the city can attract a competent vet to oversee their services as they get more established.

“In the meantime, we are doing our best to get as many vets as possible to help be partners with us,” said White.

While the building costs were approximately $20 million, the land on which the center stands is almost 5 acres. It was sold to the city by the clothing retailer Gap for $1.

The property, which the city originally sold to the GAP, is close to the company’s warehouse near the airport.

According to Mayor Jerry Dyer, the facility was built under budget and on time despite COVID-19 pandemic challenges.

To help keep the facility running, UC Davis and Best Friends Animal Society will help with funding and staffing.

At the ribbon-cutting ceremony, Cynthia Karsten of the UC Davis Koret Shelter Medicine Program announced a grant of $600,000 to FHAS for center operations. The program says its vision “is a humane, community-centered approach to animal care and shelter management; focused on prevention and grounded in science.”

Additionally, the non-profit Best Friends also said it would contribute up to $100,000 and provide two professional shelter staff to help Fresno Humane get off the ground.

Utah-headquartered Best Friends does outreach nationwide with shelters, rescue groups, and members to promote pet adoption, no-kill animal rescue, and spay-and-neuter practices. Its motto is “Save them all.”