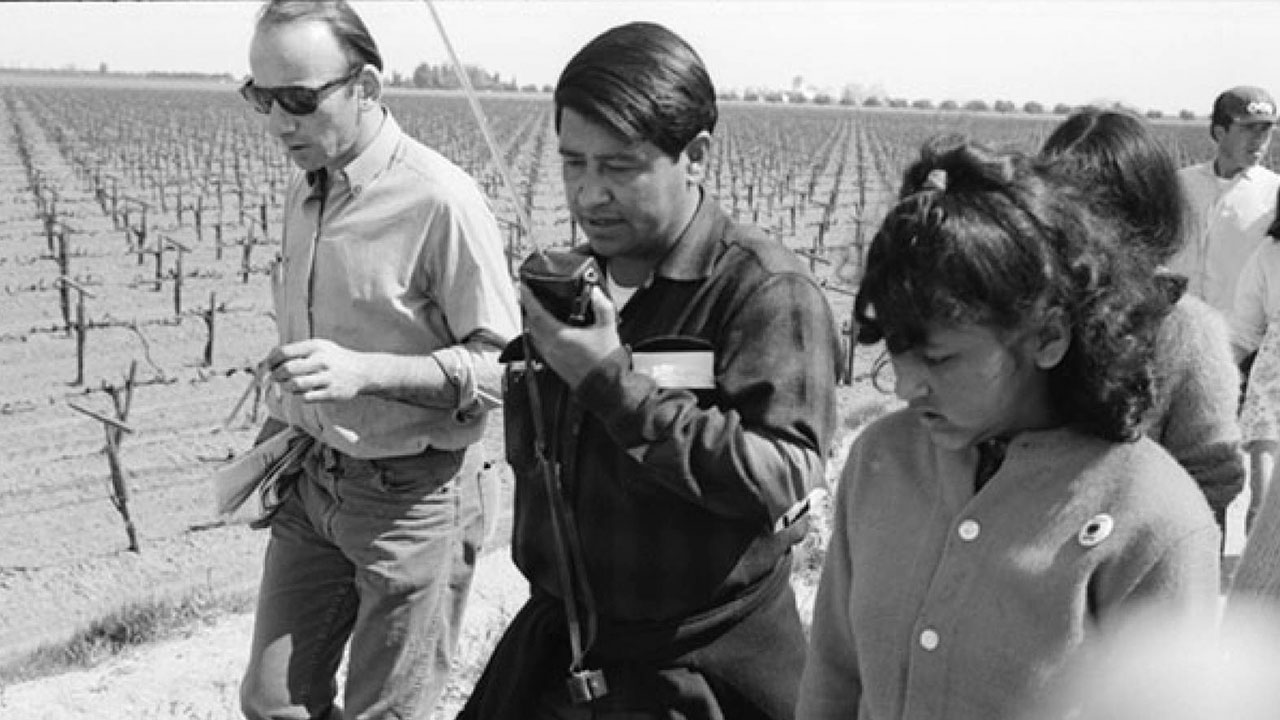 The 300-mile march from Delano to Sacramento taken by César Chávez in 1966 would be designated as a national historical trail. (UC Merced)
Share with friends

An effort to create a national historical park honoring farmworker rights pioneer César Chávez is underway in the U.S Senate and the House of Representatives.

The César E. Chávez and the Farmworker Movement National Historical Park Act would build upon the national monument honoring Chavez in the San Joaquin Valley community of Keene and designate the 300-mile march route taken by farmworkers between Delano and Sacramento in 1966 as a national historic trail.

TODAY: @RepRaulRuizMD @AlexPadilla4CA introduced a bill to commemorate the life and work of Cesar E. Chavez with a new national historical park. The bill is a result of 10+ years of work by community advocates, members of Congress, and orgs including NPCA. https://t.co/8JiF9gImVE

Sen. Alex Padilla and Rep. Paul Ruiz, both California Democrats, are leading the effort. The bill would preserve the nationally significant sites associated with Chávez and the farmworker movement in California and Arizona.

“Growing up the son of farmworkers in the Coachella Valley, I remember seeing César Chávez and the sense of hope he gave to our communities and farmworkers across the United States. His story still inspires and motivates me even today.” — Rep. Paul Ruiz (D-California)

“Growing up the son of farmworkers in the Coachella Valley, I remember seeing César Chávez and the sense of hope he gave to our communities and farmworkers across the United States. His story still inspires and motivates me even today,” Ruiz, a physician who represents desert communities in Southern California, said in a news release. “It is crucial that we amplify the stories of communities whose history too often gets left untold.”

Said Padilla: “Our national park system tells the story of our nation and preserves the people, ideas, and movements that we value as Americans. Establishing (this) park will pay proper homage to a Latino icon and civil rights leader who fought tirelessly for the dignity, respect, and equal treatment of farmworkers and to the movement he created that carries on today.”

The bill requires the Department of Interior to complete a general management plan for the historical park within three years.

The legislation is co-sponsored by Sen. Dianne Feinstein of California and two House members representing Arizona: Raul Grijalva and Ruben Gallego. All are Democrats.

You can virtually tour the César E. Chávez National Monument at this link.