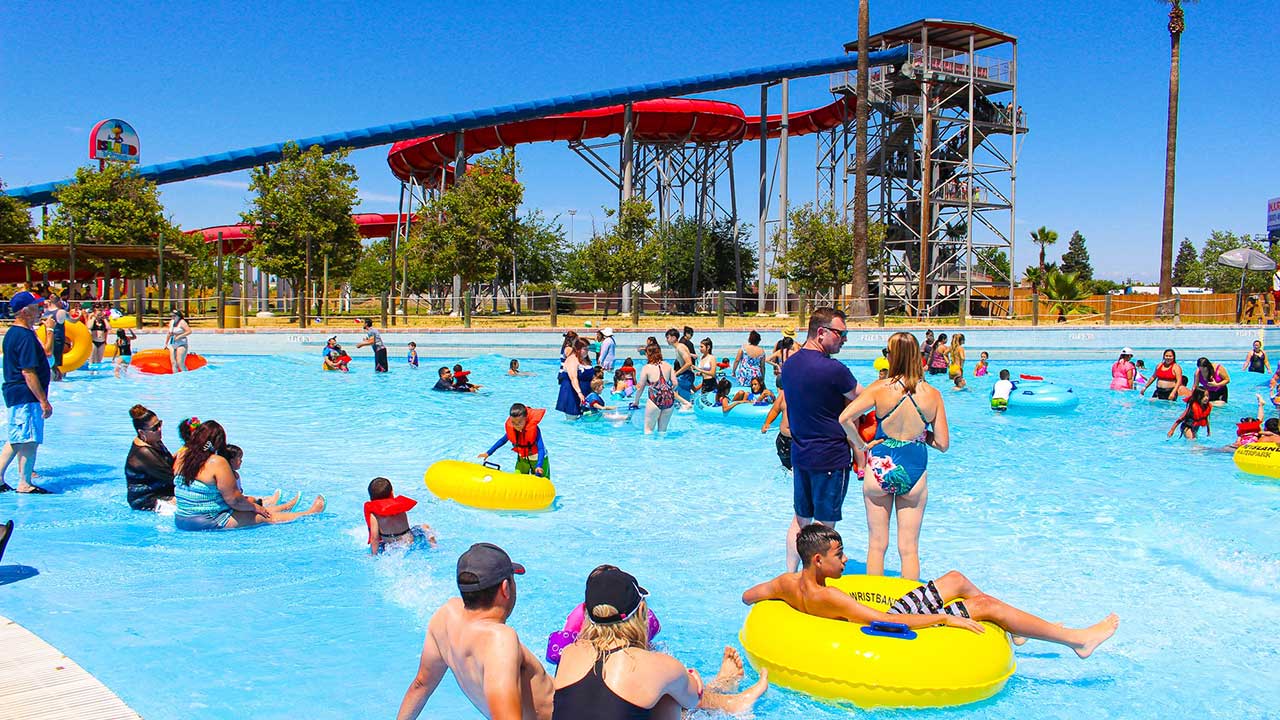 Swimming in public pools and water parks to stay cool during Fresno’s sweltering summers is a longtime tradition, but opportunities to chill in clear, clean water may be more limited this year.

A shortage of lifeguards may keep some local pools locked up or reduce hours in others.

Island Waterpark is having to reduce its hours this summer because it is short 50 lifeguards, general manager Bob Martin told GV Wire Thursday.

The 100 lifeguards now on staff are enough to keep customers safe, but the water park is limiting certain events because of staff shortages, Martin said.

Instead of staying open until 8 p.m. on weekends, the park is closing at 7 p.m., he said: “We had nine after-dark events in 2019, but this year we’re only scheduling five.”

The city of Fresno has hired enough lifeguards — 52 — to staff its 10 recreation center sites, said Aldi Ramirez, the city’s assistant parks director. But the city still needs 56 lifeguards to staff Fresno Unified high school pools that are used for lessons and public swim hours, she said.

Twelve lifeguard candidates are in the process of being hired now, and the city is searching for more applicants, Ramirez said.

As an incentive to attract more applicants, this year the city is covering the cost of lifeguard certification, typically about $200 and good for two years, she said.

No decision has been made about whether Fresno Unified pools will be able to open fully in the event the lifeguard squad is not at full strength, Ramirez said.

“We’re not there yet. We’re still in the period of the planning phase, and Fresno Unified and the city are at the table,” she said.

Lifeguard applicants must be at least age 15 and can apply at www.fresno.gov/jobs, Ramirez said.

Lifeguard shortages are being reported across the nation. The National Recreation and Park Association reports that a survey in early May showed 85% of parks and recreation agencies were on the hunt for lifeguards, and as of the survey only 12% said they were already fully staffed.

Four out of five agencies reported that they expected “significant” impacts if they couldn’t hire enough lifeguards, including reducing schedules at some facilities and increasing workloads for staffers.

The lifeguard shortage is part of the overall labor shortage that is being felt nationwide as younger workers bypass minimum wage or lower-paying jobs for ones with higher wages.

Fresno County’s unemployment rate was 5.2% in May, compared to the statewide rate of 4.3%.

Martin said Island Waterpark pays minimum wage, and he suspects that he’s losing prospective applicants to fast-food restaurants and other places that pay more. His aquatics manager told him raising pay by a dollar or two probably wouldn’t be enough to attract large numbers of applicants.

“She said to get attention, we’d have to go to $20 an hour, but I don’t know if that would fit into the budget,” he said.

So Martin said he’s expanded employee benefits with items like gift cards and Grizzly baseball tickets as incentives for employees to stick around.

One agency that won’t be sweating the lifeguard shortage is Clovis Unified School District.

“Our pools are having maintenance performed over the summer, so our usual limited summer public hours aren’t coming back as of yet,” district spokeswoman Kelly Avants said in an email to GV Wire. “As a result, sounds like we may be dodging a lifeguard issue.”