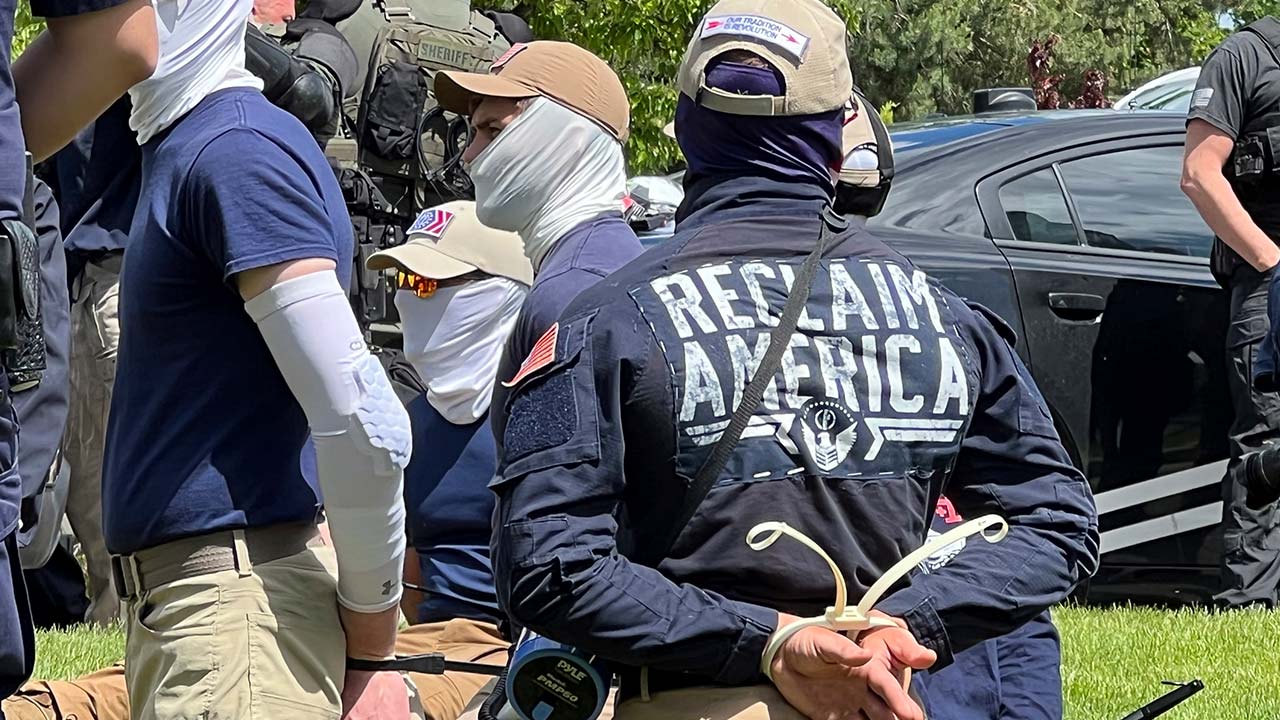 Kathleen Belew, author of “Bring the War Home: The White Power Movement and Paramilitary America,” says white nationalists “see gay rights, immigration, interracial contact, and especially the birth of interracial children, feminism as all being a problem because they believe that those things will undermine the white birthrate.”

Belew provided her analysis to NPR following the arrests of 31 members of the Patriot Front white nationalist group near a northern Idaho pride event earlier this month.

They were arrested with riot gear after a tipster reported seeing people loading up into a U-Haul like “a little army” at a hotel parking lot in Coeur d’Alene, Idaho, police said.