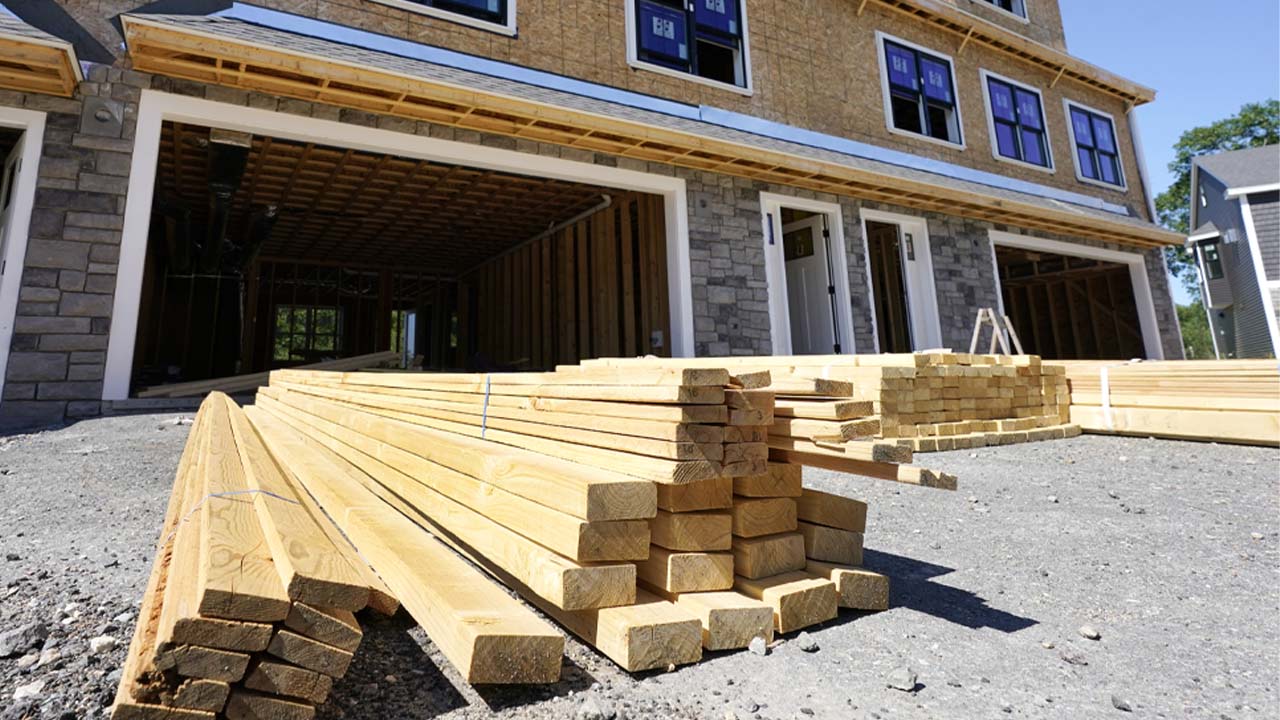 The Clovis City Council will consider raising developer fees on new home construction by as much as 40% on Monday night. (AP File)
Share with friends

The cost of building — and likely the cost of new homes — will rise in Clovis.

Monday night, the city council voted 3-2 to raise development impact fees for new sewer, water lines and streets at 15%. The amount was a compromise — not the 27%-40% hike city staff recommended, but not the 9.9% the building industry suggested.

Either way, councilmembers had difficulty with the vote. They questioned the metrics used to determine the amount of the fee hike and impact it will have on new construction.

Councilwoman Lynne Ashbeck expressed frustration about the increases. She floated an idea of evaluating increases more often to lessen the sticker shock.

“I am struggling with the increase we are talking about,” she said. “How are people going to afford to go to Clovis?”

Councilmembers Jose Flores, Drew Bessinger and Bob Whalen voted yes; Ashbeck and Vong Mouanoutoua dissented for the main increase. Other increases for hourly rates for the city engineers and an update to planning division fees passed 5-0. The building industry did not object to the latter two fees.

Flores was concerned about pricing out commercial projects. City staff acknowledged “it is a big challenge.”

Clovis would have the biggest impact fees, compared to Fresno, Madera and Visalia, staff said.

“Because there is some contribution from the rate payers within Fresno that contribute to some of the big infrastructure,” city engineer Mike Harrison told GV Wire after the meeting.

Clovis has a policy of developers having to pay its own way.

“That has led to higher costs than other cities may experience,” Harrison said.

The city says it met with “over 130 stakeholders,” including several in the development community, before putting together the proposal.

In a letter to the city, the Building Industry Association of Fresno/Madera Counties called the fee hikes “unsustainable.” The trade group is calling for a lower fee hike of 9.9%, using a different metric to evaluate costs than the city used.

Although popularly called “developer fees,” these infrastructure charges are passed on from developers to home buyers.

Several developers spoke during public comment asking for more time for the city to consider.

“The proposed fee schedule runs the risk of making Clovis more uncompetitive against neighboring municipalities that compete for builders investment in housing projects. Builders will gravitate towards investing in municipalities with lower fee schedules that will allow for more competitively priced housing,” Bonadelle said in chambers.

Darius Assemi, president/CEO of Granville Homes, is the publisher of GV Wire.

The city council last approved a development fee increase last year. But, that was in the 4-5%, Harrison said. The reason for the spike includes the pandemic, inflation and the Russia-Ukraine ware.

City proposed raises of 27% to 40%, depending on the type of structure built. Staff recommended a phased implementation of the fee increases — 50% now, and the rest to be determined next year.

However, finding a new house that sells for $375,000 might be impossible in the sizzling Clovis market, where townhouses are currently about $400,000.

The new fee structure would cover increased hourly rates for city engineers, from $119 an hour to $140.

“Frequent adjustments are needed in order to attempt to keep pace with construction cost increases and fully fund the infrastructure associated with growth,” the city staff report says.

The nearly two-and-a-half hour discussion also revealed that street rates are different depending on the location in the city. City engineer Harrison says it depends on the “growth zone.”

Is Gas Tax Holiday in the Works? Biden Says He’s Considering It