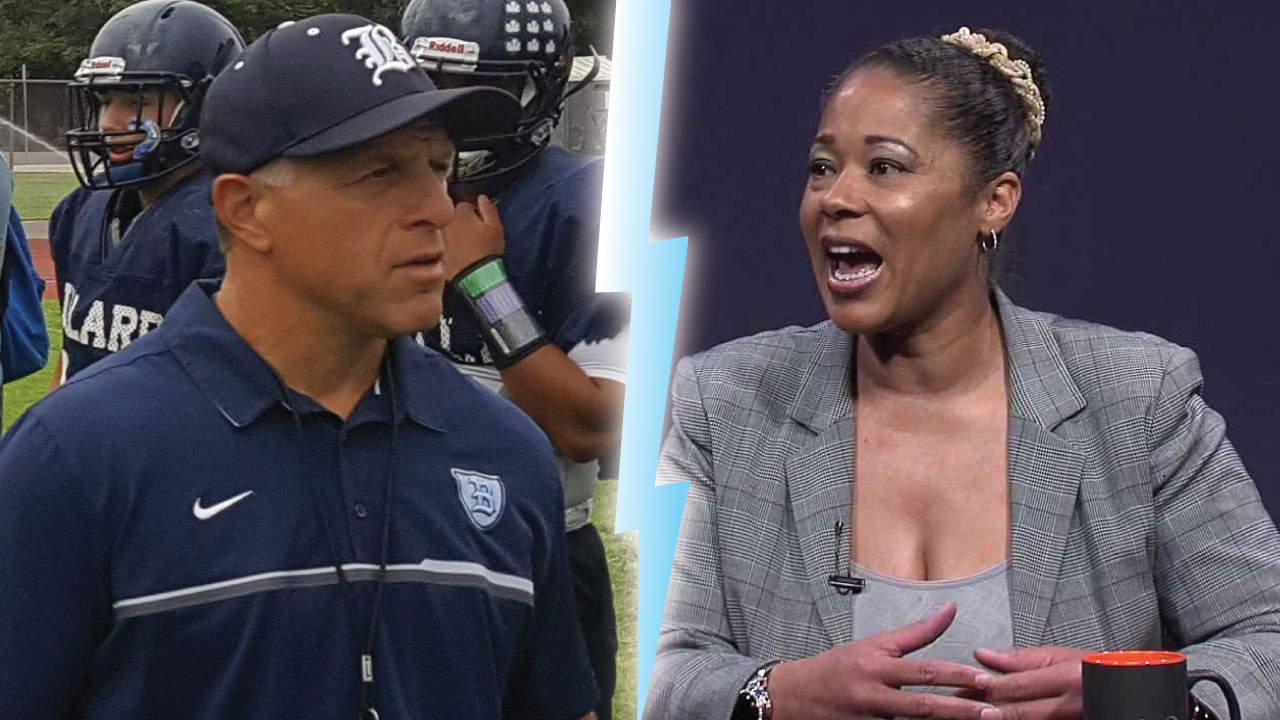 Fresno Unified Keshia Thomas says she’s sticking by her statements that Bullard football coach Don Arax has used racial slurs before her son and other Black students, which the coach has denied.

In response to Arax’s defamation claim submitted to the district, Thomas told GV Wire she’s confident that after a thorough review the claim “will be found to be baseless and without any merit.”

Thomas first publicly accused Arax of using racial slurs on GV Wire’s Unfiltered on May 17. The show’s focus was Bullard High School and racism, and it was aired two weeks after a photo of a Bullard student wearing what appeared to some to be a KKK hood was posted to social media and caused a firestorm of protests.

Arax called Thomas a “liar” and said he welcomed an investigation.

In his claim, Arax noted that contrary to what Thomas has said, her son — who she said reported the racial slur to her — was never a student at Bullard. The claim accused Thomas of having animosity toward Arax and his family, especially in connection over the renaming of Forkner Elementary, now named H. Roger Tatarian Elementary, and referenced a YouTube video snippet of a board meeting during the renaming discussion that accused Thomas of responding with “contempt and ridicule.”

In a statement released Wednesday to GV Wire, Thomas said:

“Although I am saddened by Coach Arax filing a complaint against me, I certainly welcome the investigation into my comments. I feel confident that after a thorough review that his claim will be found to be baseless and without any merit.

“On multiple occasions I advised Coach Arax to remove himself from this discussion, because he is a distraction to the issues that our Black students are facing, however against my advice to him he has decided to pursue this route. I also question Coach Arax’s unusual off hour fascination with me and my service as a Trustee. On multiple occasions I am sent messages from people in our community who are wondering why an employee of FUSD seems to be fixated on the only African American Trustee on the board who he continuously attacks on social media and now this make-shift YouTube video which is undoubtedly reading my mind with more accusations. I am now beginning to wonder about the fixation myself. Let’s not forget that I made the motion to rename Forkner to H. Roger Tatarian Elementary School.

“Lastly, my son was heavily sought after from high school coaches. As a Tenaya football team member he was invited to summer training for incoming freshman at no cost by the way. My son attended training at Bullard and it was at that time in which my son experienced the n-word being used towards player. He came home and said he refused to play for Bullard. So Mr Arax is correct he did not play for him.

“For the record I’ve done nothing wrong and the truth will ultimately be reported, and I certainly look forward to that day.”

Arax’s claim, which seeks damages in excess of $10,000, was on the agenda of Wednesday’s board meeting. The board voted 6-0-1 to follow the district recommendation to deny the claim and refer it to the district’s executive director of benefits and risk management for further review.

Thomas, noting that the claim includes references to herself and her son, abstained from voting.