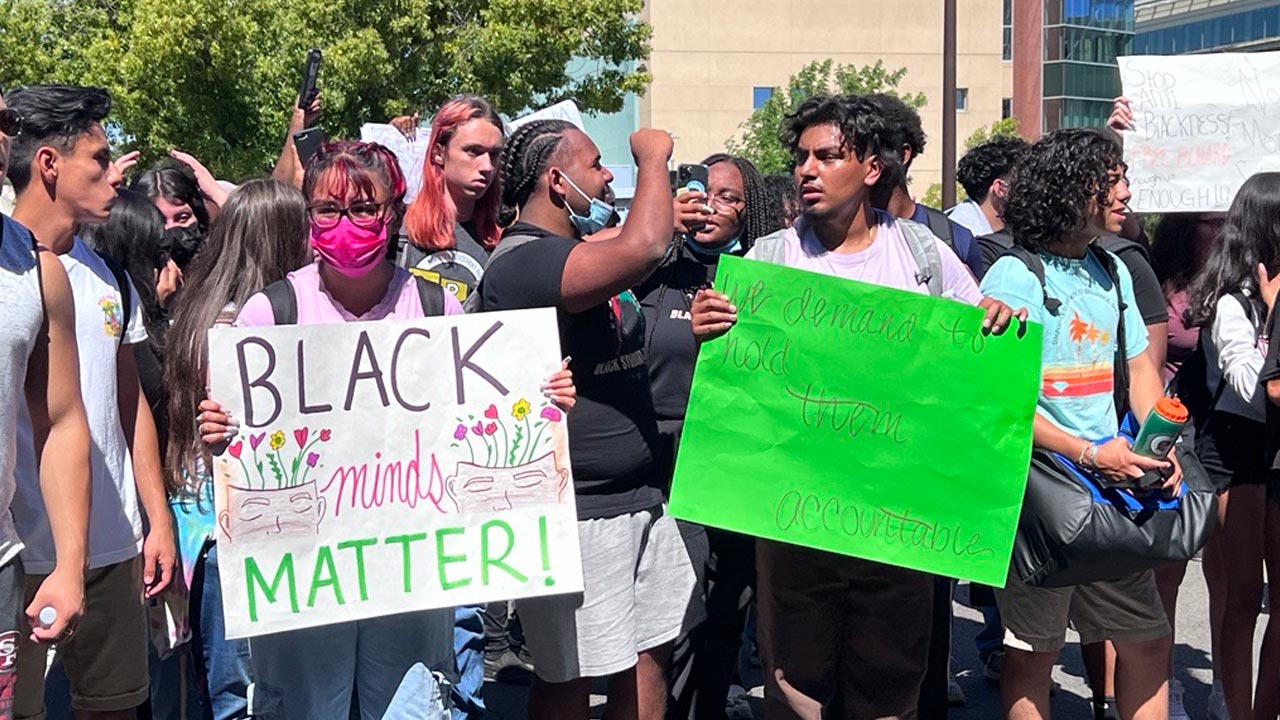 Edison High School students marched in protest of a controversial photo posted to social media in May. (GV Wire File)
Share with friends

Unspecified disciplinary action has been taken against the students involved in a controversial photo posted to social media that appeared to show a student with a KKK hood, Fresno Unified School District announced Monday evening.

However, the district said it could not share details of the discipline taken due to student privacy.

Fresno attorney Charles Manock, who with attorney Steve Smith represented the Bullard High School student in the photograph, said the student was not expelled. In the photo, the student is wearing a piece of white fabric that apparently was pulled up by another student so that it resembled a KKK hood.

Manock said he could not comment on a report that the district determined that the student in the photo had been “set up” by other students.

Fresno Unified “did not have the facts or the law” to support expulsion, Manock said. “Having legal representation was crucial. … Without attorneys he would have been at a distinct disadvantage. My opinion FUSD would not have settled but for his attorneys.”

Manock said the other involved students “should have been represented” by attorneys. Community members and Bullard staffers have identified the other students as twin brothers in foster care.

In response to a series of demands made by the district’s Black Student Unions in connection with the social media post, Fresno Unified said it was taking a number of steps.

“These actions were first shared with our BSU advisors and students as promised,” the district said in a news release. “There is much work to continue to be done and we are committed to doing what it takes to develop and sustain a safe, inclusive culture across Fresno Unified School District.”

The steps that the district has taken or is taking include:

The district reported that it has taken other actions, including developing a new “first four-hour response protocol” when responding to culturally destructive events, updating the Parent Student Handbook with the district’s response to racism, and continuing to work on developing “culturally proficient” leaders and staff.

The photo of a Bullard student with the white head covering was first posted on May 4, but the district’s response two days later came only after Black Student Union members and community members had begun expressing their outrage publicly.