What Future Consequences Will California's Sham Budget Inflict on Taxpayers? 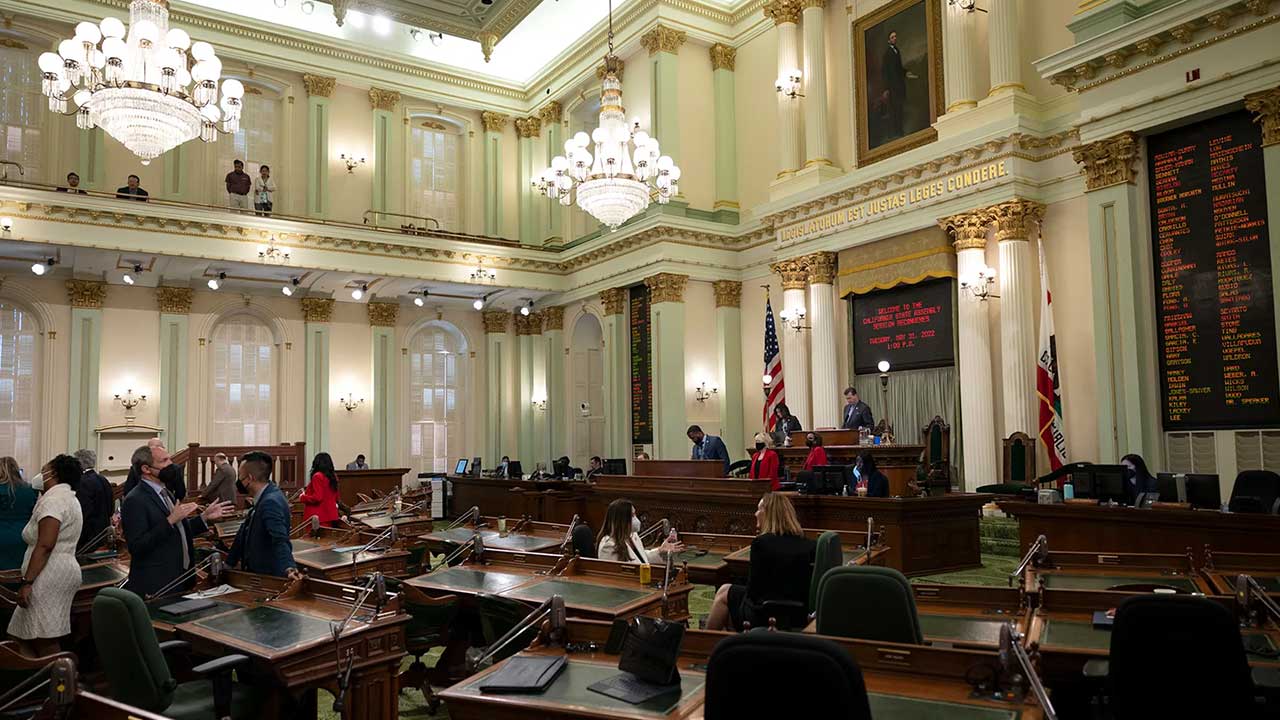 Lawmakers on the Assembly floor at the state Capitol on May 31, 2022. (CalMatters/Miguel Gutierrez Jr.)
Share with friends

The “law of unintended consequences” is a tenet of classic economics — essentially a warning that action meant to have a positive effect can often bring a negative outcome.

The political version is an oft-voiced admonition: “What goes around comes around.”

The California Legislature’s frantic effort this week to approve a 2022-23 budget — or at least its unfinished version of the budget — exemplifies the principle.

For many decades, the state constitution has required the Legislature to pass a budget by June 15 but for many decades the requirement was routinely violated — sometimes for months.

During those decades, the budget required a two-thirds vote in the Legislature, which meant the minority party — usually Republicans — could hold up passage until its demands were met. The syndrome reached a climactic point in 2009 when one Republican state senator, Abel Maldonado, refused to vote for the budget until Democratic leaders agreed to place a measure on the ballot to change California’s primary election process to what’s called a “top-two” system.

Leaders of both parties despised the proposed new system, but Maldonado, with backing from then-Gov. Arnold Schwarzenegger, held out until they agreed to his demand. The top-two proposal, in which all candidates appear on one ballot and the two top finishers face each other in the general election regardless of party, was approved by voters in 2010. Last week’s election was its latest employment.

Maldonado’s holdout had a consequence that neither he nor Schwarzenegger intended — motivating Democrats to make sure it never happened again. Their labor union allies spent millions of dollars to qualify and pass another measure in 2010, lowering the budget vote to a simple majority.

To make the measure more attractive to voters, its sponsors included a passage that said legislators would lose their pay if a budget was not enacted by June 15.

That proviso, however, had another unintended consequence a year later when Republican Schwarzenegger’s successor, Democrat Jerry Brown, and his fellow Democrats in the Legislature deadlocked over details of the state budget.

Brown vetoed the placeholder budget that the Democrats passed by the June 15 deadline, saying it was not balanced, and Controller John Chiang declared that since that left the state without a balanced budget, legislators would have their pay — about $400 a day — suspended until there was one.

Fundamentally, the courts later said, the Legislature is the sole judge of whether it has met the June 15 budget deadline. Consequently, the penalty for noncompliance that was ballyhooed to voters in 2010 is fiction.

Chiang said the Democratic budget was, by his reckoning, $1.85 billion out of balance. “The numbers simply did not add up,” said Chiang, drawing the ire of his fellow Democrats, who sued, contending he had overstepped his authority.

Fundamentally, the courts later said, the Legislature is the sole judge of whether it has met the June 15 deadline. Consequently, the penalty for noncompliance that was ballyhooed to voters in 2010 is fiction.

This Year’s Budget Drafted in Secret

In subsequent years, the Legislature has always passed a budget by the June 15 deadline, sometimes a real one in agreement with the governor but often merely a placeholder.

The 1,000-page budget passed this week is another sham, drafted largely in secret with minimal public exposure and many blanks to be filled in later. Democratic leaders and Gov. Gavin Newsom are still at odds on multi-billion-dollar issues, including the size and form of payments to Californians to offset inflation.

There’s also a big gap over how much of the state’s projected surplus to spend on permanent commitments, with Newsom’s Department of Finance warning that overspending could create problems in the future if, as many economists suspect, a recession is on the horizon.

That could be a truly important consequence of budgetary gamesmanship.