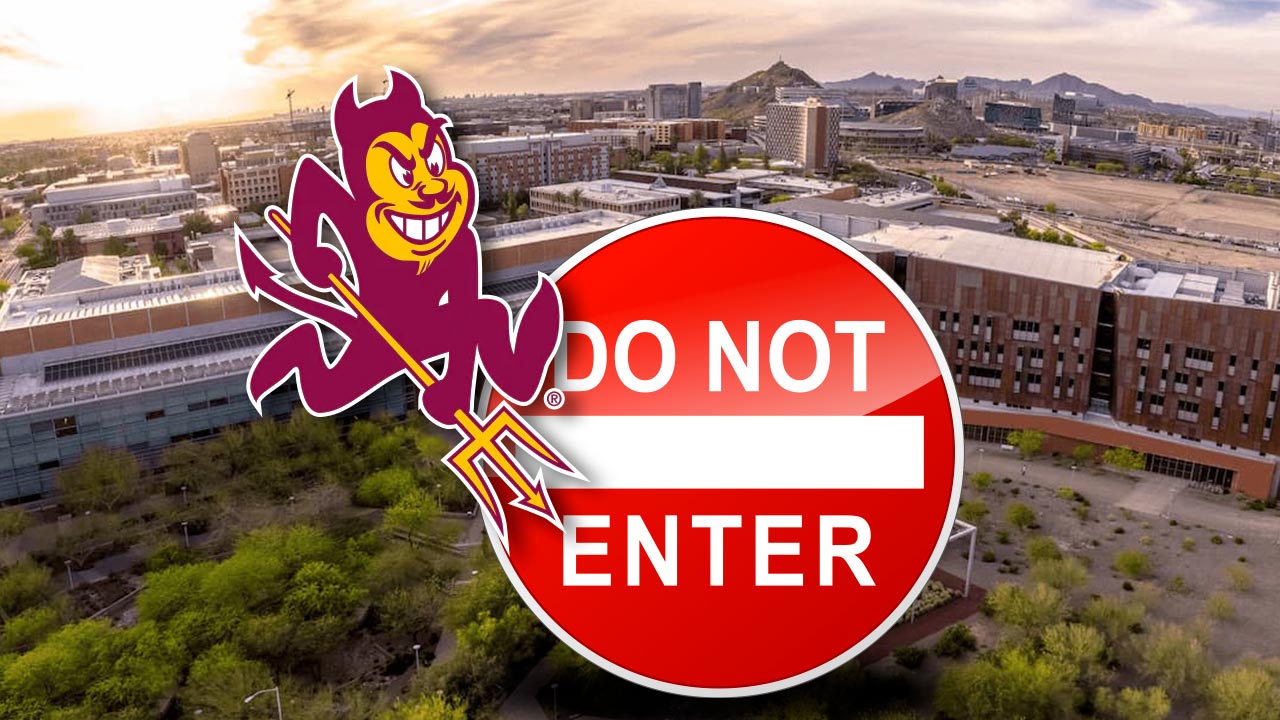 Shanti Her-Frazier was looking forward to her freshman year at Arizona State, especially after two years of having to keep her grades up at Bullard High School during the pandemic with virtual learning.

The pay-off to her academic hard work was winning admission to the university last fall. She moved into her campus housing, enrolled in classes — she plans to major in business — got a job, and was finding her niche on campus.

So Her-Frazier, 18, was stunned and heartbroken to learn prior to the start of spring semester in January that Arizona State wouldn’t let her enroll in spring classes because her official transcript from Bullard had not yet arrived — even though, she said in a claim filed with Fresno Unified School District, her high school counselor had assured her repeatedly that the transcript had been sent to the university.

It turns out that the counselor, identified in the claim as Clara Chavez, had sent an unofficial transcript that lacked key information, including Her-Frazier’s graduation date, the claim says.

Her father, Fresno developer Terance Frazier, said his daughter has gone into isolation back home in Fresno, too depressed to see friends and concerned that some people might think she has dropped out or was kicked out through some fault of her own.

In the claim, Her-Frazer is seeking repayment of thousands of dollars in tuition and fees for the fall semester at Arizona State, which she attended, plus any costs of mental health counseling to help her deal with depression.

“Now that I am back home everyone thinks that I dropped out of school,” Her-Frazier wrote in the impact statement attached to her claim. “I avoid leaving my house because I think it’s embarrassing and no one is going to believe me when I tell them the story. I stopped talking to everyone I know and stayed to myself. Staying home has shown me just how much I miss being in Arizona.”

The district’s response when they learned of the error? “They offered her a job,” Terance Frazier told GV Wire. “A job? She wants to go to college to create a job for herself.”

District spokeswoman Nikki Henry said Fresno Unified would have no comment on the claim or the allegations against the employee, who she said Friday is a Bullard registrar, not a counselor.

“The claim submitted to the District and surrounding circumstances are under review by the District and its legal counsel and information you’ve requested implicates personnel matters,” she said in an email earlier this week. “In this context, the District respectfully declines to issue a response in order to observe personnel privacy rights and to maintain the integrity of the claims process.”

At least two Fresno Unified trustees have indicated their support for Her-Frazier’s claim. At last week’s board meeting, Trustee Keshia Thomas and Board Clerk Veva Islas said they would not vote for an administrative recommendation to deny the claim.

Thomas said that it wasn’t fair for a student to lose out on a semester of college, quit her job, and have to pay to move back home early “because of the negligence of one of our employees.”

“It’s hard enough for our Black kids to get into college and do well,” Thomas said. “And, in this case, she was doing well and moving forward in her college career and had to put that on hold because of something we did.”

A district administrator explained that the initial denial by the board would not kill the claim outright but move it to the next level of consideration by district officials, where it would be reviewed and have any remaining questions answered.

Thomas then voted to support the denial, with the provision that the district would move speedily to get questions answered and move the claim forward. Islas cast the lone no vote against denying the claim.

Terance Frazier said that the district’s administrative process is a stalling tactic, and he suspects the goal of the district’s attorneys is to force the family to hire an attorney to proceed in court.

“Fresno Unified would rather pay for the attorneys than pay for the kids,” he said. “Just pay me. I’m dumbfounded.”

Related Topics:Bullard High School
Up Next