Sizzling Temperatures Are Heading This Way Friday and Saturday 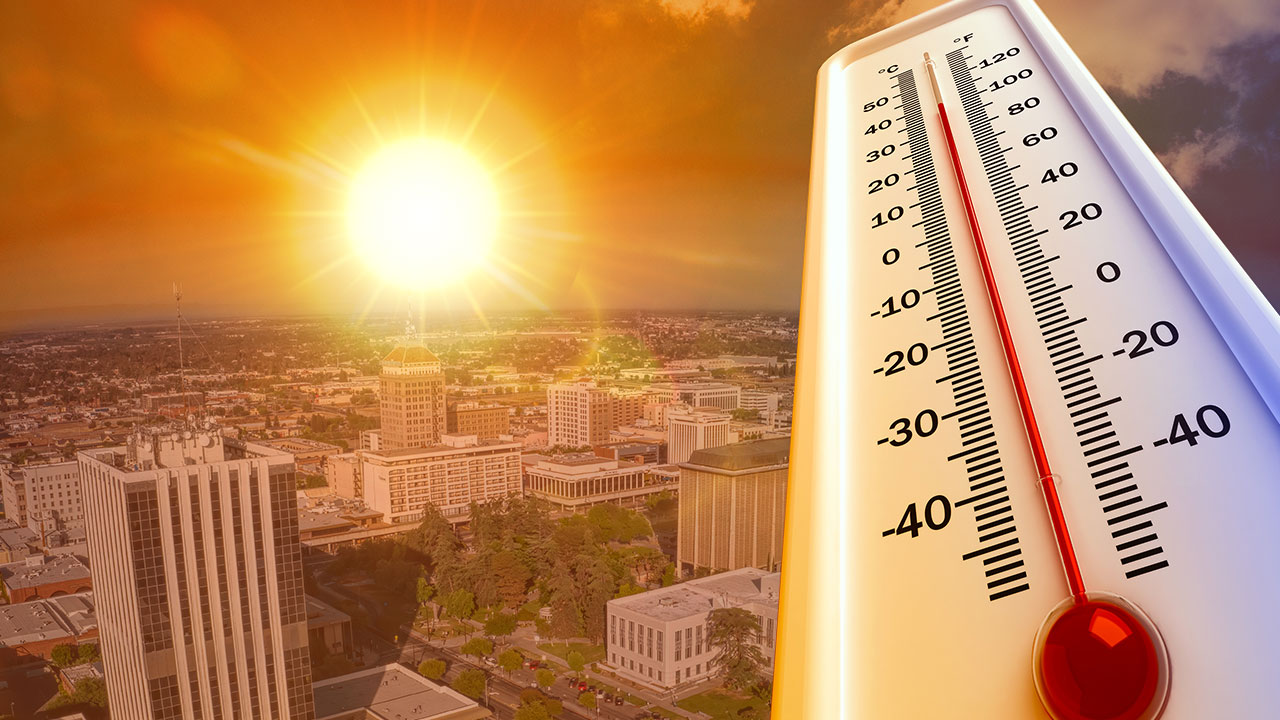 If you’ve got a swimming pool here in the Valley or a cabin up at Shaver Lake, this weekend would be a good time to use them.

That is, unless you’d rather sweat out the triple-digit temperatures that are forecast for Friday (high of 105) and Saturday (high of 104).

“We’ll get some warmer days, then a cooling period afterward,” he said.

(By “cooling period,” Ochs means the daytime highs will drop back into the 90s.)

Are we heading for another record-breaking summer like last year, when Fresno saw its hottest-ever July, second-hottest June, and third-hottest August? Ochs said forecasters are predicting a 60% chance that this summer will be hotter than average in the region.

“It’s hard to say if we will get that warm again, but it’s not out of the question,” he said.

If the past 20 years are any indication, this summer will have lots and lots of triple-digit temperature days. According to the National Weather Service, the average is 38 days. Last summer there were 69 (yes, also record-setting). The fewest? In 1956 there were only 15.

It’s Newsom vs. Dahle for Governor in November