It's Newsom vs. Dahle for Governor in November 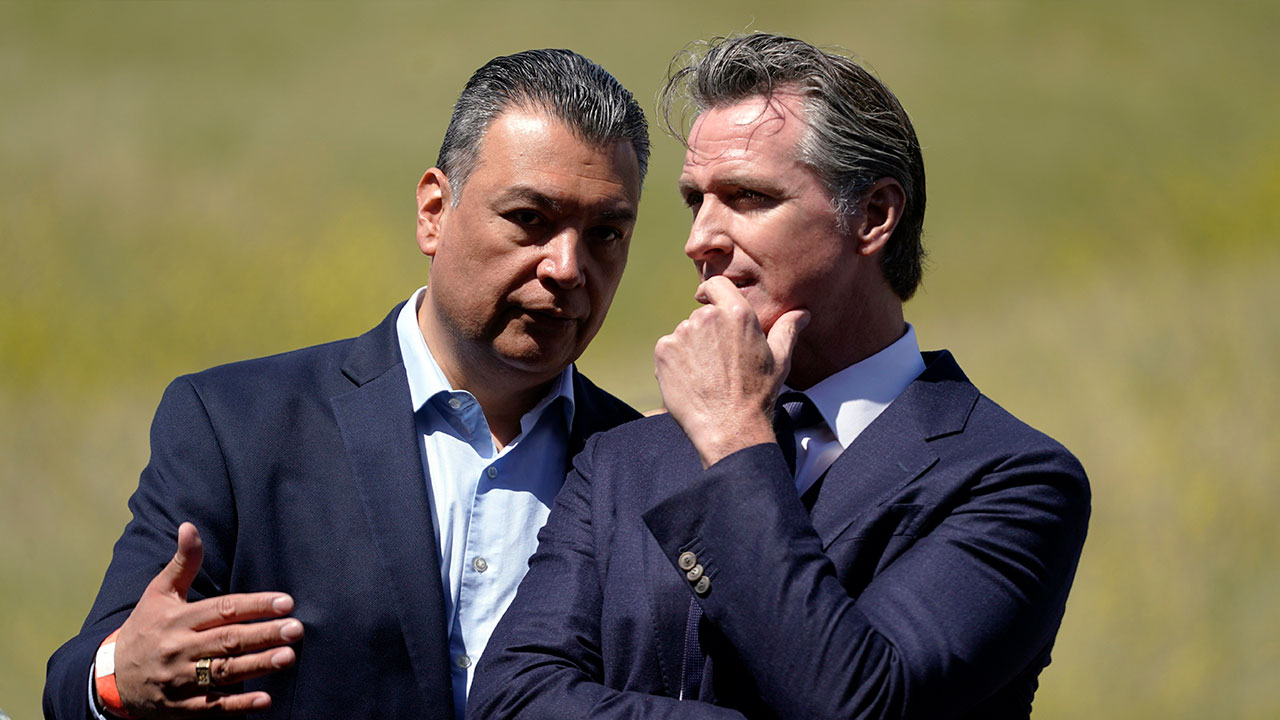 SACRAMENTO — In a year when Democrats across the country have been bracing for a mid-term backlash at the polls, voters in California delivered decisive victories for the party during Tuesday’s primary, led by Gov. Gavin Newsom crushing a field of 25 other candidates less than a year after voters tried to recall him from office.

“The proverbial snowball has a better chance in hell” than Brian Dahle has of beating Gavin Newsom. — Jessica Levinson, political analyst

Newsom got about 59% of the votes and has more than $23 million in the bank for a November general election against Brian Dahle, a largely anonymous state senator from the sparsely populated northeast corner of the state.

Dahle, best known for his quest to get a giant new reservoir built in Northern California, had about 15% of the votes and finished second. In California’s primary system, the top two vote-getters advance to the general election.

Dahle Now Must Introduce Himself to Voters

Dahle now has five months and just $400,000 in campaign funds to introduce himself to voters in some of the most expensive media markets in the country.

His first task will be to raise the money necessary to compete with Newsom statewide. It won’t be easy. Many Republican donors will be reluctant to back a longshot candidate when they instead might invest in a handful of congressional races in the state that could determine control of the U.S. House.

Jessica Levinson, a political commentator and election law professor at Loyola Marymount University, was blunt in her assessment of Dahle’s chances: “The proverbial snowball has a better chance in hell,” she said.

“There is basically nothing to do to change the dynamics of this race,” Levinson said.

Dahle doesn’t see it that way, telling The Associated Press: “I believe I can win this race.” 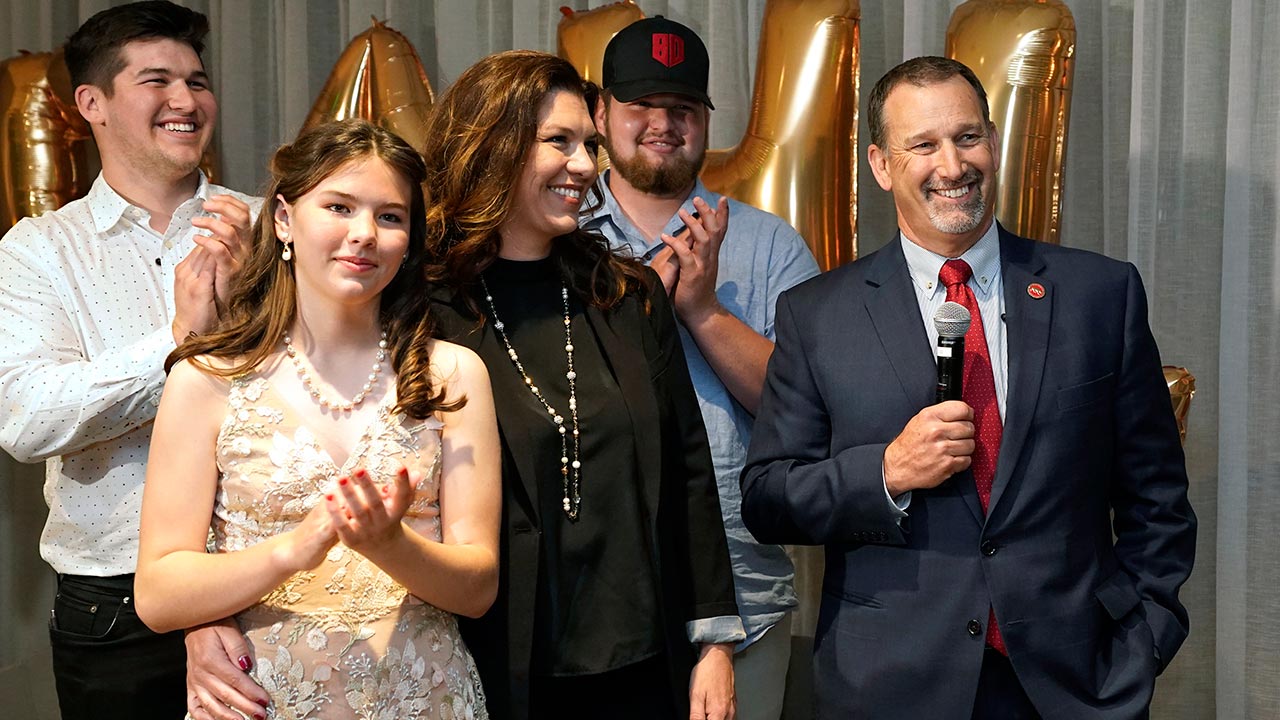 Republican gubernatorial candidate, state Sen. Brian Dahle, right, thanks supporters during a celebration at an election night gathering in Sacramento, Tuesday, June 7, 2022. California Gov. Gavin Newsom finished as the top voter getter in the primary gubernatorial race with Dahle securing enough votes to finish second. The pair will face off in the November general election. Dahle was accompanied by his family, from left, son Reagan, daughter Roslyn, wife, Megan, and son Chase.(AP/Rich Pedroncelli)

One of his primary issues will be California’s nation-leading gas prices, which hit a record $6.37 per gallon on Tuesday. Dahle has demanded Newsom and Democratic legislative leaders temporarily suspend the state’s gas tax, which at 51.1 cents per gallon is the second-highest in the country. Newsom has rejected the idea.

“He’s an elitist Democrat who doesn’t live in the same world everybody else does,” Dahle said of Newsom. “He’s just not focused on the pain I hear from my constituents every day.”

Newsom has proposed using a portion of the state’s nearly $100 billion budget surplus to send checks of up to $800 to people who own cars, plus another $750 million to give people free rides on public transit for three months.

Newsom will run on a progressive agenda that includes stricter gun laws and enhanced abortion services.

With the U.S. Supreme Court likely to overturn Roe v. Wade, Newsom has vowed to make California a sanctuary for women seeking abortions from other states where the procedure could be outlawed or severely restricted. He’s also pushed for a new law that would let people sue gun makers and sellers to enforce a ban on some assault weapons — much like Texas does to enforce its ban on most abortions.

“Across the country Republicans are attacking our fundamental rights as Americans. Destroying democracy, stripping a woman of the right to choose, and standing idly by as gun violence claims too many lives,” Newsom said in a statement released after his primary victory. “California is the antidote to their cynicism — leading with compassion, common sense, and science.”

Democrats outnumber Republicans 2-to-1 in California and hold every statewide office and have huge majorities in the Legislature and congressional delegation. California hasn’t had a Republican U.S. senator since 1992 — a trend that will likely continue as Democratic incumbent Alex Padilla finished far ahead of his Republican primary challengers.

Padilla was appointed to the Senate by Newsom last year after Kamala Harris resigned her seat to become vice president. Padilla was on the primary ballot twice — once to complete the final few months of Harris’ term and another in a race for a full six-year term that begins in January.

Padilla had about 55% of the votes in each race, far outpacing the second-place finisher, Republican attorney Mark Meuser, an attorney whose work with the right-leaning Dhillon Law Group has included 22 lawsuits against Newsom claiming he overstepped his authority in imposing coronavirus restrictions.

Dahle Is Lawmaker and Farmer

Dahle blames many of the state’s problems on decades of Democratic dominance in state government. Dahle has served in the Legislature for a decade and also still operates a family farm in Bieber, a community of 145 people about an hour’s drive from Lassen Volcanic National Park.

A signature issue for him in the Legislature has been trying to build a new reservoir in Colusa County — a project he said would help the state survive droughts but has drawn the ire of environmental groups who say the project would pull too much water out of the state’s rivers and streams.

Just one year ago, it looked as if Newsom could be on his way out as more than 1.7 million voters signed a petition to recall him from office. Dozens lined up to challenge him in the 2021 recall election, eager to take down the Democratic governor of the nation’s most populous state ahead of the 2022 midterms.

Instead, Newsom defeated the recall in such a decisive way that none of the major contenders from last year filed to challenge him for reelection this year.

Sizzling Temperatures Are Heading This Way Friday and Saturday