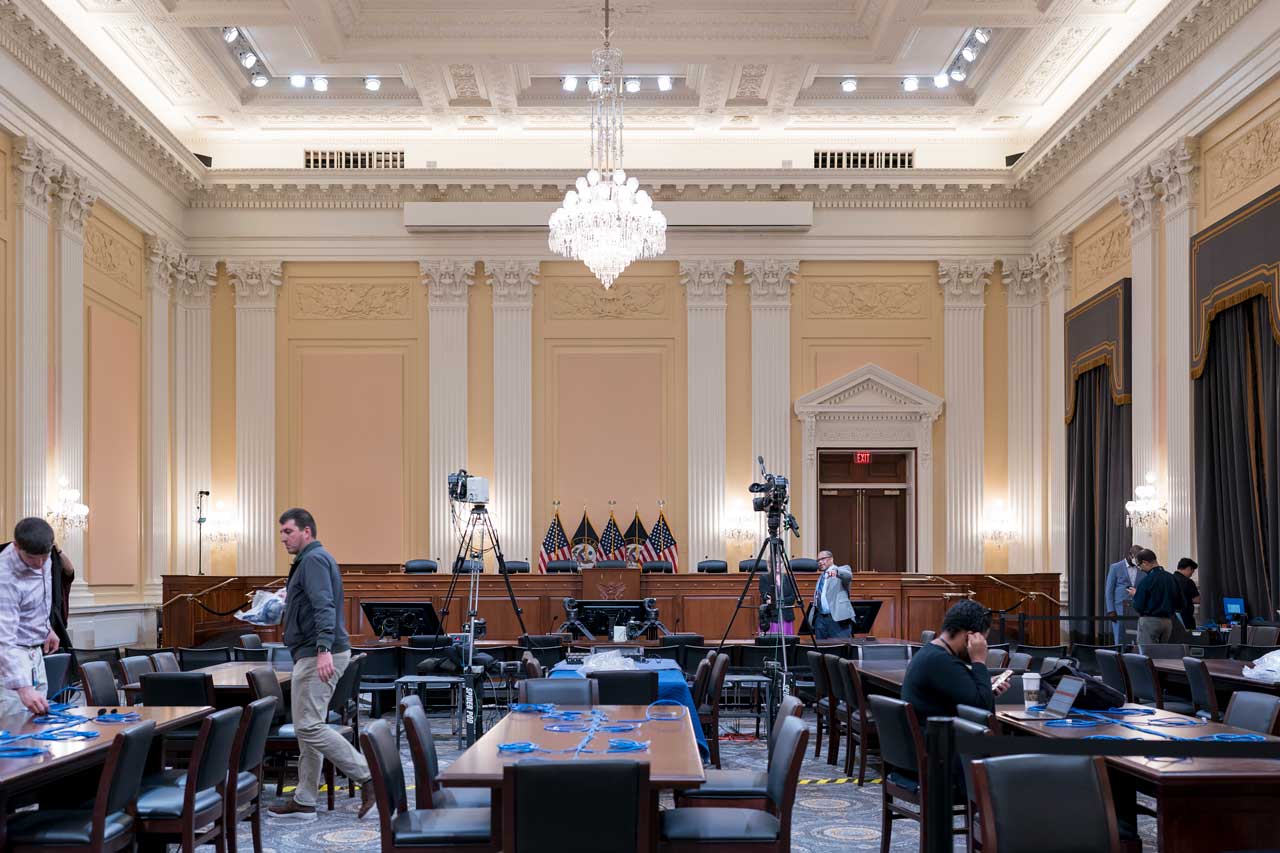 WASHINGTON — Nearly a year since its inception, the House committee investigating the Jan. 6 attack on the U.S. Capitol will go public with its findings starting this week as lawmakers hope to show the American public how democracy came to the brink of disaster.

The series of hearings that will take place over the next several weeks begin with a prime-time session Thursday night in which the nine-member panel plans to give an overview of its 11-month investigation. More than 1,000 people have been interviewed by the panel, and only snippets of that testimony have been revealed to the public, mostly through court filings.

What you need to know ahead of the hearing:

When Is First Hearing?

The first of six hearings is set to go live at 5 p.m. PDT on Thursday. It will take place in a large House office building in the U.S. Capitol complex. Lawmakers plan to have witnesses testify and to display a series of never-before-seen images and exhibits relating to the lead-up to the insurrection and the attack itself.

How to Watch the Hearing

Several major networks and cable news programs are expected to carry the first hearing live in its prime-time slot. However, Fox News will cover Thursday’s hearing only as “news warrants,” it said in a release. Fox Business Network, Fox News Digital, and other corporate siblings will carry the hearing, with Bret Baier and Martha MacCallum co-anchoring.

Who Is Expected to Testify?

British filmmaker Nick Quested, who recorded members of the far-right Proud Boys extremist group as they stormed the building, and Caroline Edwards, a U.S. Capitol Police officer who was seriously injured in the attack, will be among the witnesses.

The public hearing, unlike other committee hearings, will be a mixture of traditional testimony as well as a multimedia presentation.

In subsequent hearings, the committee has reached out to a group of Trump-era Justice Department officials, including Jeffrey Rosen, the acting attorney general at the time of the riot, about having them as witnesses, according to a person familiar with the matter who insisted on anonymity to discuss private conversations.

What Will the Hearings Entail?

The first hearing is expected to be a table-setter for the rest of the subsequent hearings. The committee, comprised of seven Democrats and two Republicans, plans to lay out several areas of information it has gathered throughout its investigation. Lawmakers are also expected to focus part of the first hearing on far-right extremists who broke into the building that day.

The panel’s probe has so far been divided into a series of focus areas, including the efforts by former President Trump and his allies to cast doubt on the election and halt the certification of President Joe Biden’s victory; the financing and organizing of rallies in Washington that took place before the attack; security failures by Capitol Police and federal agencies; and the actions of the rioters themselves.

Are New Details Expected to Emerge?

Several members of the committee have promised new and explosive information to arise from the public hearings, but it remains unclear what that will entail.

The hearings are expected to be exhaustive but not the final word from the committee. It plans to release subsequent reports on its findings, including recommendations on legislative reforms, ahead of the midterm elections.