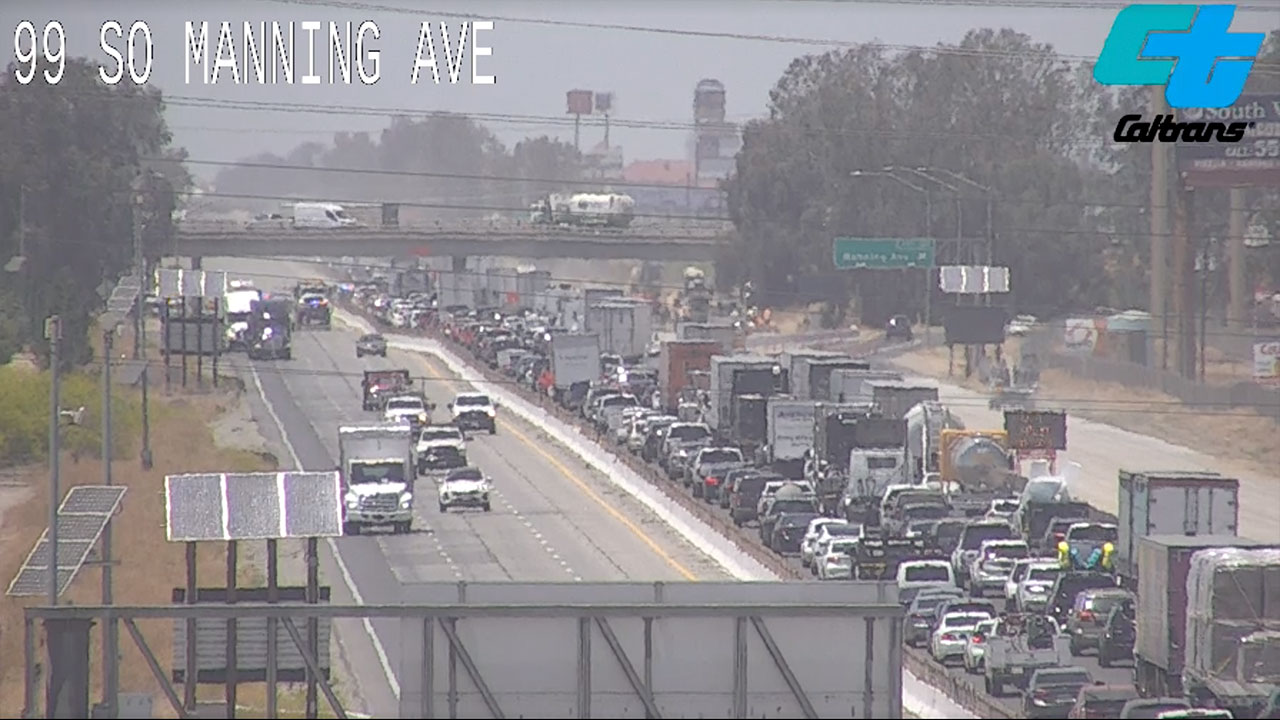 All lanes of southbound Highway 99 were blocked at Manning Avenue in Fowler after a big-rig collision on Wednesday. (Caltrans Screengrab)
Share with friends

Northbound Highway 99 fully reopened to traffic at about 2:30 p.m on Wednesday after a big-rig collision had closed the lanes in Fowler at Manning Avenue.

Caltrans said that two of the three southbound lanes had reopened as crews continue to clear the highway.

Shortly after noon Wednesday, Caltrans said that all lanes of southbound Highway 99 were blocked at Manning Avenue in Fowler following a big-rig collision.

Debris from the accident is slowing northbound traffic to a crawl as well.

Caltrans said it didn’t know when the situation would be resolved.

FRESNO COUNTY: All lanes of Southbound 99 are currently blocked at Manning Avenue due to a big rig collision. Debris from collision on Northbound 99, with traffic slowing in the area as well. No ETO at this time, expect delays. pic.twitter.com/QKQaQvGfzV