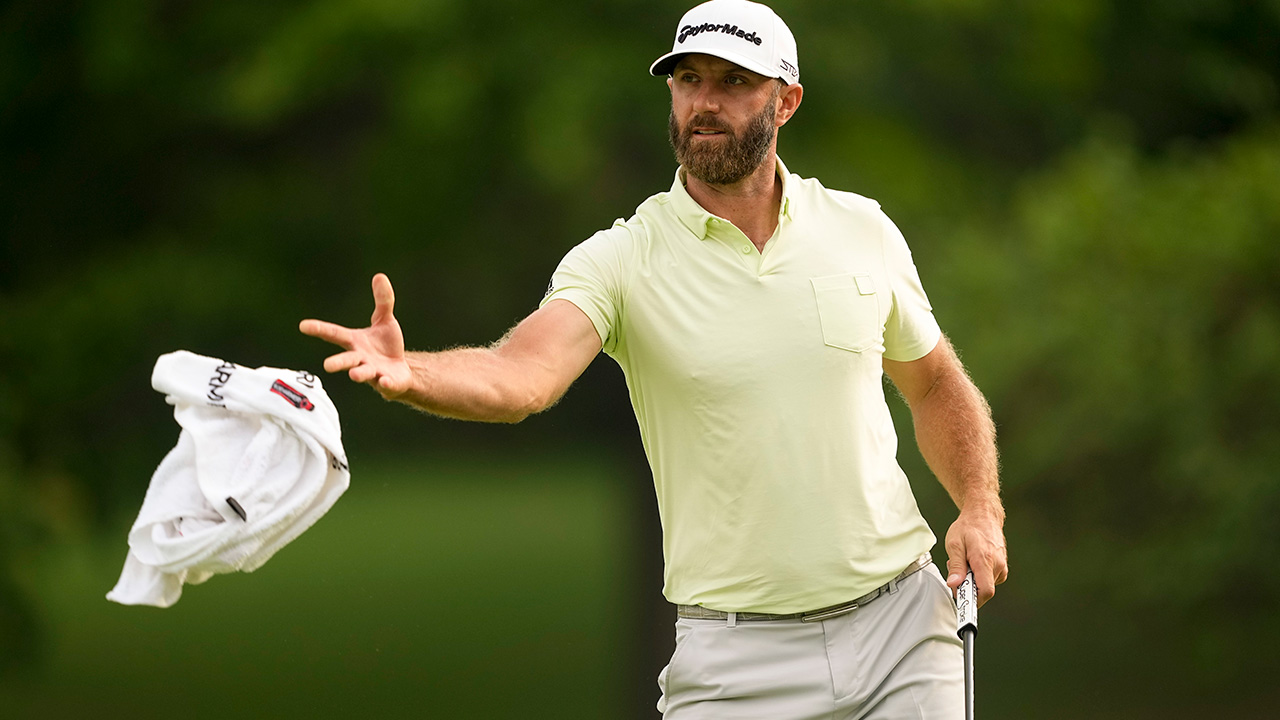 Dustin Johnson is ducking questions about his decision to exit the PGA Tour for a new Saudi-funded series. (AP/Matt York)
Share with friends

ST. ALBANS, England —The stars of the new Saudi-funded golf league tried to fend off concerns on Tuesday about human rights abuses and the risk of being banned from long-standing events.

After announcing he quit the PGA Tour to join the LIV Golf series, Dustin Johnson evaded questioning about the source of the $25 million prize fund for each event flowing from Saudi Arabia’s sovereign wealth fund. The first LIV Golf Invitational is taking place outside London this week.

Phil Mickelson, a chief recruiter for the series, is communicating about his involvement via social media. He, too, will tee it up this week.

Another former major winner — Graeme McDowell — was left at a news conference trying to publicly reconcile causing fractures in golf by signing for the rebel series that appears to be part of Saudi Arabia’s attempt to reshape its image as a backer of lavish sports events rather than one associated with human rights abuses.

The Northern Irish golfer, who won the U.S. Open and Ryder Cup in 2010, did bring up the 2018 murder of Jamal Khashoggi in the Saudi consulate in Istanbul as a legitimate area of concern in joining a series he accepts is “incredibly polarizing” for the sport.

“Take the Khashoggi situation,” he said. “We all agree that’s reprehensible. Nobody is going to argue that fact.”

U.S. intelligence services said they believe the killing of the U.S.-based Saudi journalist came at the orders of the crown prince, Mohammed bin Salman, who heads the Public Investment Fund. The prince denies wrongdoing. 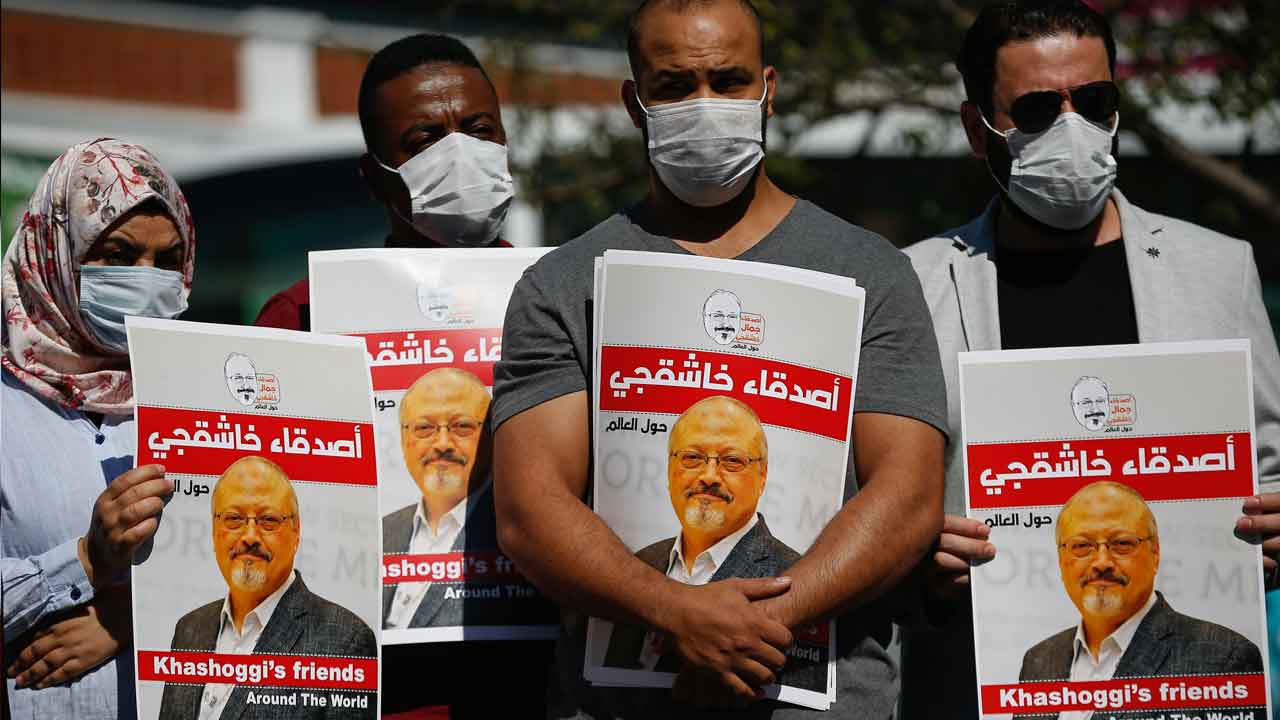 The fund is providing the hundreds of millions of dollars in sign-on fees and prize money that is enticing players away from the established tours and jeopardizing their participation in the majors and Ryder Cup.

McDowell tried to avoid discussing the specifics of the country he is effectively working for.

“I really feel like golf is a force of good in the world — I just try to be a great role model to kids,” he said. “We are not politicians. I know you guys hate that expression, but we are really not, unfortunately. We are professional golfers.

How, though, McDowell was asked, is that journey helping women who are oppressed in Saudi Arabia, the LGBTQ individuals whose rights to live freely are criminalized, the migrant workers whose rights are violated, the victims of the Saudi-led bombing of Yemen, or the 81 men who were executed by the kingdom in March?

“I wish I had the ability to be able to have that conversation with you,” McDowell said. “As golfers, if we tried to cure geopolitical situations in every country in the world that we play golf in, we wouldn’t play a lot of golf. It’s a really hard question to answer.

“We’re just here to focus on the golf and kind of what it does globally for the role models that these guys are.”

McDowell did most of the talking on Saudi rights issues, with two-time major winner Johnson responding earlier: “I would pretty much say the exact same thing. I’d agree with what Graeme said.”

The series is being overseen by Greg Norman with 54-hole tournaments and a shotgun start that sees every group start at the same time on different holes. The winner gets $4 million, while last place gets $120,000.

The golfers are taking more heat than some other athletes who have competed in Saudi Arabia. While sports, including golf, soccer, and Formula One, have chosen to take events to Saudi Arabia without the stars having a say, LIV is a case of the players opting out of existing structures to go all-in on the kingdom’s project. Tiger Woods and Rory McIlroy are among the players to reject an approach from LIV.

“An opportunity like this comes along,” the 42-year-old McDowell said, “where you can play the last three or four years of your career, in a very financially lucrative environment. It would be crazy to walk away from that as a businessman.”

Ari Fleischer, a former White House press secretary in George W. Bush’s presidency, was the tournament organizer’s host of the two news conferences involving players Tuesday. He posed questions to the golfers before the media had the opportunity.

Fleischer was asked about a tweet he posted in 2011 that talked about Saudi Arabia and implied that the king was willing to “spend hundreds of billions so he won’t be overthrown.” He said that comment was made “a long, long time ago.”

McConaughey: ‘We Want Laws So Bad Guys Don’t Get the Damn Guns’