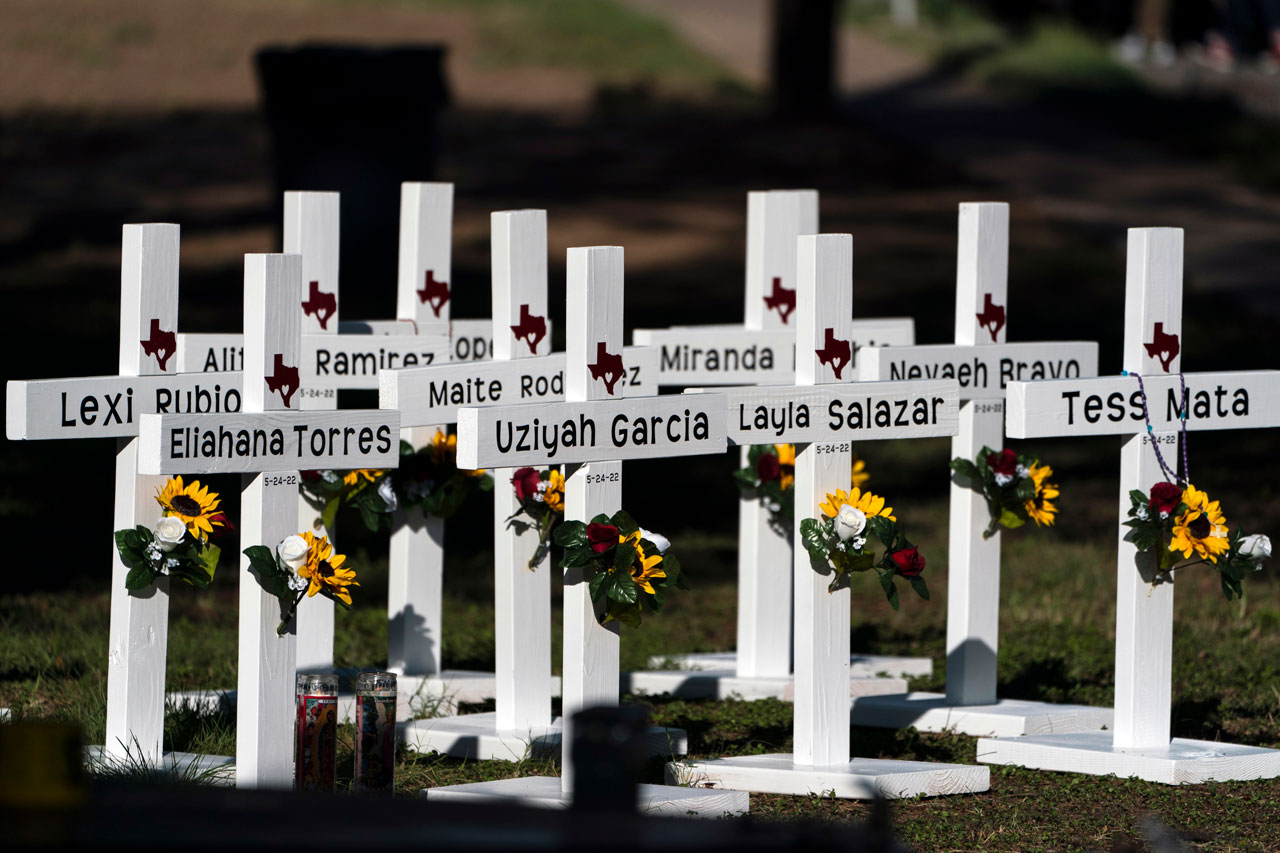 Crosses with the names of the shooting victims are placed outside Robb Elementary School in Uvalde, Texas, Thursday, May 26, 2022. (AP File)
Share with friends

Editor’s Note: After the school shooting in Parkland, Florida, in 2018, psychology professor Paul Boxer and his colleagues reviewed research to see what could be learned from what they refer to as the “science of violence prevention.” 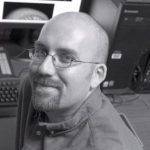 In the wake of the May 24, 2022, massacre at Robb Elementary School in Uvalde, Texas, Boxer has revisited that research anew – and other research conducted since then – for insights on what can be done to reduce the risk of school shootings in the future.

Here he offers five policy changes – based on his findings – that can be implemented to achieve that end.

When my colleagues and I looked at gun regulations on a state-by-state basis, we found that more restrictive gun laws are associated with lower rates of homicides by guns.

This relation held even after we took demographic, economic, and educational factors into account. Others researchers have found that “permissive firearm laws and higher rates of gun ownership” were linked with higher rates of school shootings.

What these results essentially mean is that in states where it is more difficult to acquire a gun, fewer people are killed by guns.

Examples of these restrictions are raising the age for legal purchase, imposing lengthy waiting periods before access, requiring meaningful background checks, and more. These and similar measures – for example, eliminating access for individuals at a high risk of committing violence, such as the perpetrators of domestic violence – all move toward making it significantly harder to access guns, which would reduce gun violence substantially.

Placing meaningful restrictions or outright bans on firearm equipment associated with greater lethality, such as assault-style rifles and high-capacity magazines, should also lower the number of people being killed by firearms. Research already has shown that greater access to guns is associated with higher numbers of gun deaths.

In the years since the Columbine shooting in 1999, researchers and federal law enforcement agencies have studied school shootings and developed risk assessments to gauge the likelihood of actual violence by a young person identified as a possible risk.

These assessments are conducted by professionals that include police officers, school officials, and teachers. They also involve mental health professionals, such as school counselors and psychologists. Together, these professionals all consult with one another to determine a young person’s risk for violence.

These teams may not be able to prevent every possible incident. Still, this sort of approach is critical to improving the process of identifying and stopping potential shooters overall.

Guidance on how to use these assessments is freely available and based in extensive applied research. For example, in one 2015 study, the Virginia Student Threat Assessment Guidelines – a set of guidelines for the investigation of a reported threat, thorough assessment of the individual making the threat, and preventive or protective measures to be taken in response – were shown to reduce rates of student aggression. They were also shown to lower out-of-school suspension rates while improving teacher and student perceptions of safety.

To help reduce the number of youths who grow up to become violent, governmental agencies could increase the availability and use of evidence-based interventions in schools.

Aggressive and violent behavior has been shown by research to emerge from a mix of personal and environmental risk factors. The factors include impulsivity, callousness, exposure to violence and victimization.

In light of this research, effective approaches were developed to prevent aggression by teaching students to problem-solve for better responses to peer conflict. They also teach students to think carefully about others’ motivations when they feel provoked.

Programs shown to reduce aggressive behavior typically train youths who already have exhibited some aggression on new and better coping skills for managing stress and anger. And for youths who have become seriously violent, treatments teach new, constructive behavioral and communication skills to youths and their caregivers. The treatments also help young people develop better relationships with family members and school personnel.

The Robb Elementary School shooter entered the school building through a door that reportedly malfunctioned. This highlights the absolute importance for schools to take and maintain physical security measures.

In the wake of school shootings, schools often turn to solutions such as upgraded camera surveillance or increased law enforcement.

These measures can have mixed effects on students’ perceptions of safety and support – cameras posted outside appear to increase felt safety, whereas cameras posted inside seem to promote unease.

Still, there are a number of ways for schools to improve physical security without increasing student anxiety or needlessly deploying law enforcement.

For example, in one large study, students were less likely to skip school because of safety concerns when metal detectors were used at school entry points. In that study, those metal detectors also reduced the likelihood of weapons being brought into schools. 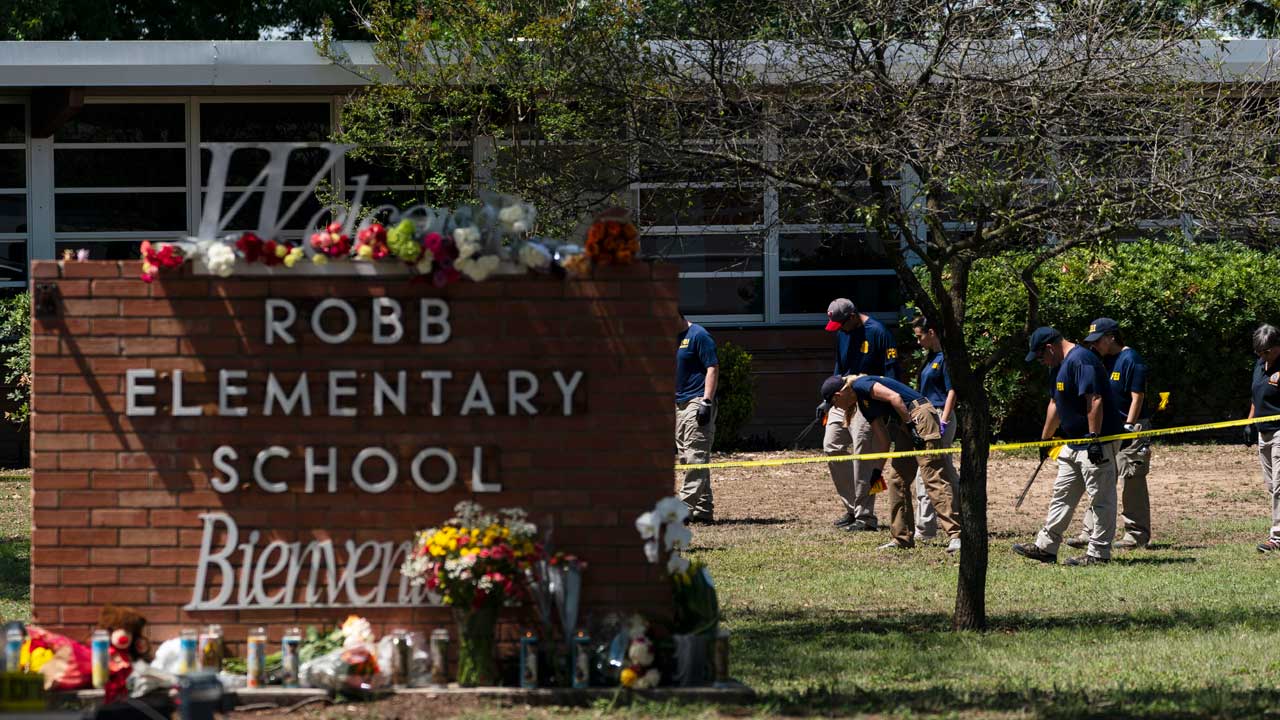 5. Reduce Exposure to Violence Through Media and Social Media

Entertainment media and social media are saturated with violent images of physical assaults, gun violence, and gore. Exposure to and participation in virtual violence might not lead to aggressive behavior for all children and adolescents.

But watching violent programs and playing violent video games can lead to increased hostility, aggressive feelings, emotional desensitization to violence, and ultimately aggressive behavior. These effects can potentially be lessened by reducing the amount of screen violence to which children and adolescents are exposed over time, particularly early in development.

Paul Boxer is a professor of psychology at Rutgers University-Newark. This article is republished from The Conversation under a Creative Commons license. Read the original article.