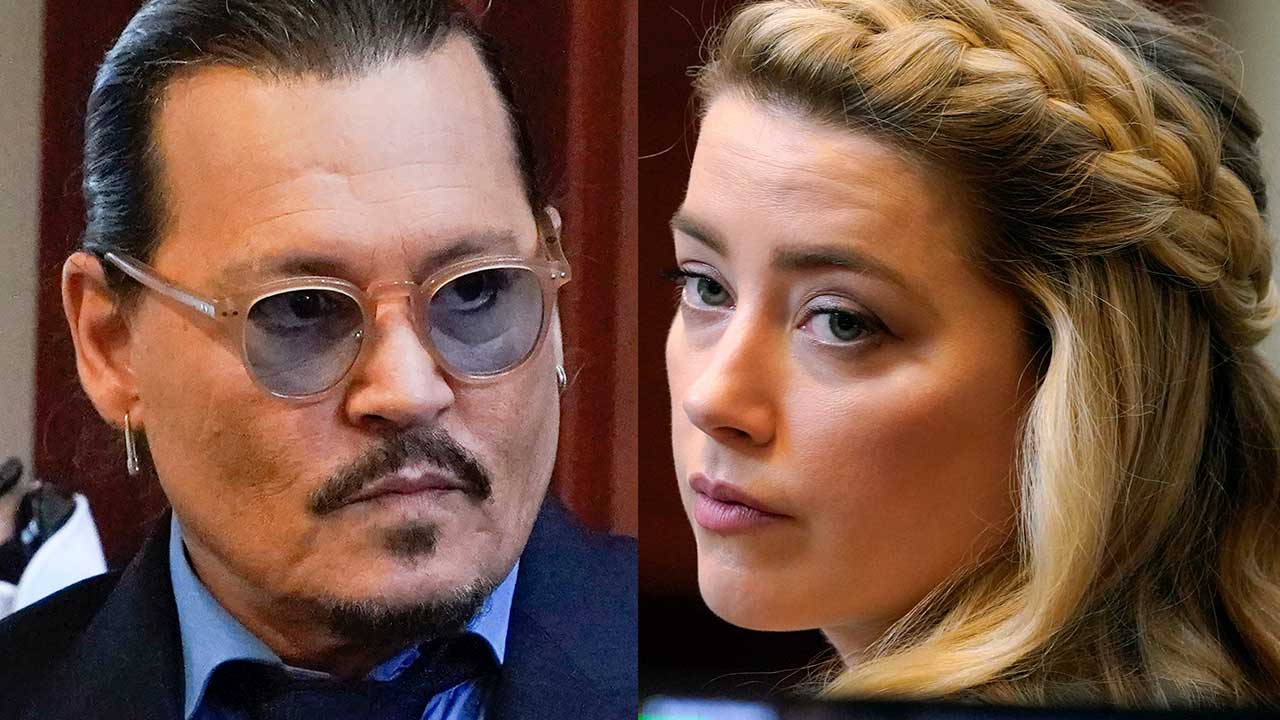 FAIRFAX, Va. — A jury awarded Johnny Depp more than $10 million on Wednesday in his libel lawsuit against ex-wife Amber Heard, vindicating his stance that Heard fabricated claims that she was abused by Depp before and during their brief marriage.

The jury also found Heard was defamed by a lawyer for Depp who accused her of creating a detailed hoax that included roughing up their apartment to look worse for police. The jury awarded her $2 million in damages.

The verdicts bring an end to a televised trial that Depp had hoped would help restore his reputation, though it turned into a spectacle of a vicious marriage. Throughout the trial, fans — overwhelmingly on Depp’s side — lined up overnight for coveted courtroom seats. Spectators who couldn’t get in gathered on the street to cheer Depp and jeer Heard whenever they appeared outside.

Heard: ‘It’s a Setback’ for Women

Heard, who was stoic in the courtroom as the verdict was read, said she was heartbroken.

“I’m even more disappointed with what this verdict means for other women. It’s a setback. It sets back the clock to a time when a woman who spoke up and spoke out could be publicly humiliated. It sets back the idea that violence against women is to be taken seriously,’’ she said in a statement posted on her Twitter account.

Depp, who was not inside the courtroom Wednesday, sued Heard for libel in Fairfax County Circuit Court over a December 2018 op-ed she wrote in The Washington Post describing herself as “a public figure representing domestic abuse.” His lawyers said he was defamed by the article even though it never mentioned his name.

The jury found in Depp’s favor on all three of his claims relating to specific statements in the 2018 piece. In evaluating Heard’s counterclaims, jurors considered three statements in which a lawyer for Depp called her allegations a hoax. They found she was defamed by one of them, in which the lawyer claimed that she and friends “spilled a little wine and roughed the place up, got their stories straight,” and called police.

While the case was ostensibly about libel, most of the testimony focused on whether Heard had been physically and sexually abused, as she claimed. Heard enumerated more than a dozen alleged assaults, including a fight in Australia — where Depp was shooting a “Pirates of the Caribbean” sequel — in which Depp lost the tip of his middle finger and Heard said she was sexually assaulted with a liquor bottle.

Depp said he never hit Heard and that she was the abuser, though Heard’s attorneys highlighted years-old text messages Depp sent apologizing to Heard for his behavior as well as profane texts he sent to a friend in which Depp said he wanted to kill Heard and defile her dead body.

A Replay of Depp’s Lawsuit Against British Tabloid

In some ways, the trial was a replay of a lawsuit Depp filed in the United Kingdom against a British tabloid after he was described as a “wife-beater.” The judge in that case ruled in the newspaper’s favor after finding that Heard was telling the truth in her descriptions of abuse.

In the Virginia case, Depp had to prove not only that he never assaulted Heard, but that Heard’s article — which focused primarily on public policy related to domestic violence — defamed him. He also had to prove that Heard wrote the article with actual malice. And to claim damages he had to prove that her article caused the damage to his reputation as opposed to any number of articles before and after Heard’s piece that detailed the allegations against him.

Depp, in his final testimony to the jury, said the trial gave him a chance to clear his name in a way that the U.K trial never allowed.

“No matter what happens, I did get here and I did tell the truth and I have spoken up for what I’ve been carrying on my back, reluctantly, for six years.” Depp said.

Heard, on the other hand, said the trial has been an ordeal inflicted by an orchestrated smear campaign led by Depp.

The case captivated millions through its gavel-to-gavel television coverage and impassioned followers on social media who dissected everything from the actors’ mannerisms to the possible symbolism of what they were wearing. Both performers emerge from the trial with reputations in tatters with unclear prospects for their careers.

“From a reputation management perspective, there can be no winners,” he said. “They’ve bloodied each other up. It becomes more difficult now for studios to hire either actor because you’re potentially alienating a large segment of your audience who may not like the fact that you have retained either Johnny or Amber for a specific project because feelings are so strong now.”

Depp, a three-time best actor Oscar nominee, had until recent years been a bankable star. His turn as Capt. Jack Sparrow in the “Pirates of the Caribbean” film helped turn it into a global franchise, but he’s lost that role. (Heard and Depp’s teams each blame the other.) He was also replaced as the title character in the third “Fantastic Beasts” spin-off film, “The Crimes of Grindelwald.”

Despite testimony at the trial that he could be violent, abusive, and out of control, Depp received a standing ovation Tuesday night in London after performing for about 40 minutes with Jeff Beck at the Royal Albert Hall. He has previously toured with Joe Perry and Alice Cooper as the group Hollywood Vampires.

Heard’s acting career has been more modest, and her only two upcoming roles are in a small film and the upcoming “Aquaman” sequel due out next year.

Depp’s lawyers fought to keep the case in Virginia, in part because state law provided some legal advantages compared with California, where the two reside. A judge ruled that Virginia was an acceptable forum for the case because The Washington Post’s printing presses and online servers are in the county.