Going From Homeless to Homeowner Is Possible Thanks to Poverello House, BofA 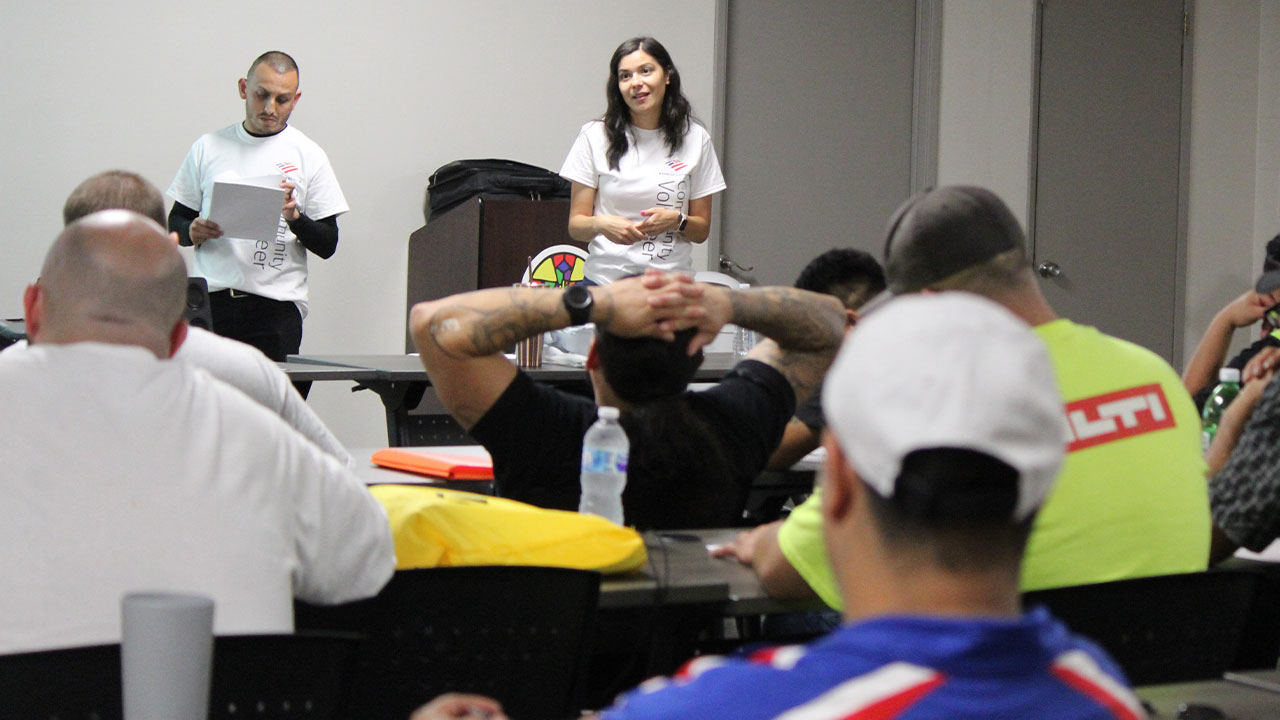 Men who have had trouble getting their lives on track meet up in a classroom at the Poverello House with pen and paper, taking notes that will help them make better financial decisions.

Handling money is just one part of Poverello’s year-long men’s rehab program, which includes six months of aftercare in a transitional living facility.

Financial literacy is important because program graduates exit with almost $20,000 in earnings.

However, history indicates that some of the graduates won’t make it very far before they’re back in the program with no money to their name.

Brett Lucky, a Poverello resident, just started the rehab program. He says his goal is to be able to stand on his own two feet when he leaves.

“Like most people, I want to pay for my own car. I want to buy a house eventually,” said Lucky.

“But really, I just want to be confident that I can handle the finances on my own and be able to breathe without that extra stress of where I’m going to pay my bills and how that’s going to work out at the end of the week, or the end of the month, and not have to stress all that much about that kind of thing.” 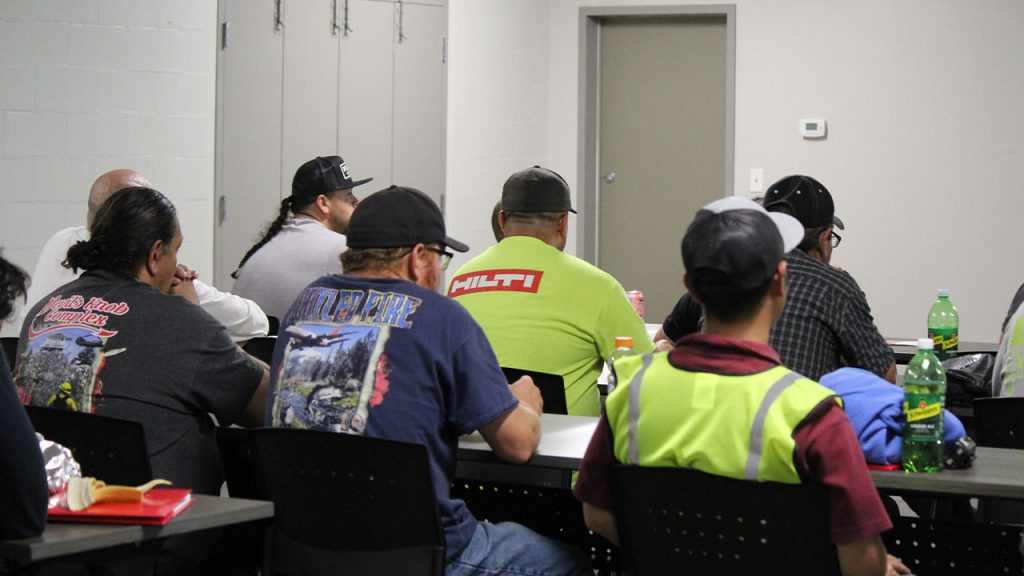 Men’s Rehab Program Helps Men Get Back on Their Feet

Gavin Larson, who is a job developer and case manager for the Poverello House, oversees many of the men in the program.

He says all the men are assigned a role that plays a big part in Poverello’s daily operations.

“We go over substance-use disorder, we do the 12 steps of AA, and we have group therapy for mental health.”

Larson says the program is multifaceted with several resources offered to help the men.

However, he says, an often overlooked topic has been the program’s final step — the financial literacy portion.

In the past, Larson was teaching residents a few basic financial skills until Bank of America stepped to the plate by offering to teach classes every three months.

“It’s really invaluable, you know, to see bankers come down and give that class and so I know from my humble standpoint, we’re really grateful to Bank of America,” said Larson.

“In the past, they’ve (Bank of America) been a financial supporter, one of our sponsors, and a partner in a lot of ways. So, to make that trip and really put in the time for our guys is very special.”

Related Story: Why Won’t Policymakers Talk About Drugs and Homelessness?

What Do Program Participants Learn?

The volunteers show the men how to open a bank account, understand a paycheck, manage a strict budget and repay debt.

Marisa Moore, the bank’s local market executive for Fresno and Visalia, says once they finish teaching the basics, later sessions focus on planning for large purchases such as a car and a home, and saving for retirement.

“In talking to all of our volunteers, the guys have been super engaged the entire time, asking questions and really wanting to learn,” said Moore. “I feel that they’re taking it very seriously and that they will apply a lot of what they’re learning to their own lives today, and when they leave the Poverello House.”

One of the students, Felipe Barrajas, said he was excited to learn about saving because his goal is to own a house.

“I’ve learned how important it is to save money and how to budget,” said Barrajas. “I’ve also learned to look out for fraud and be aware of what I spend.” 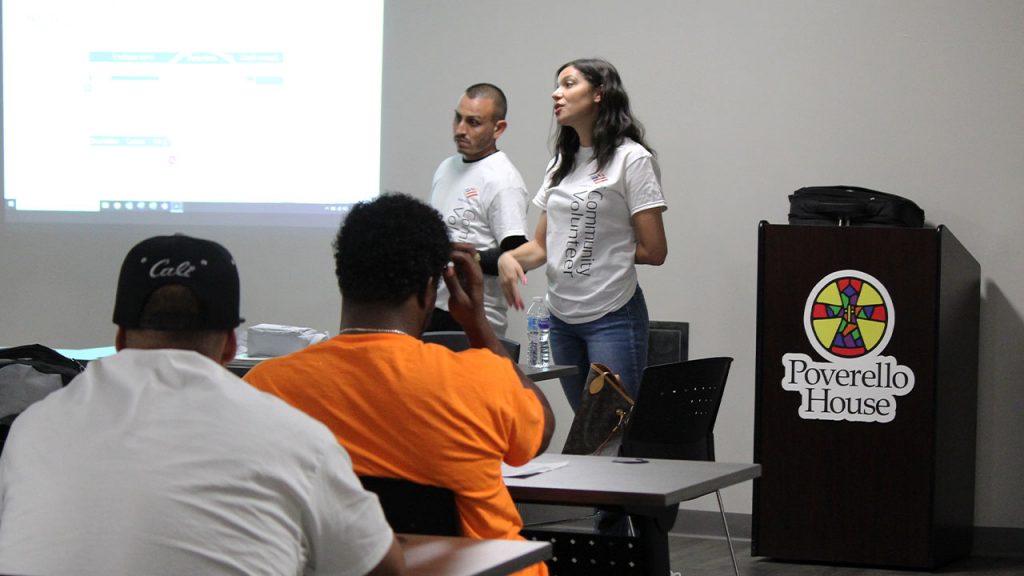 Making it Out of the Program Isn’t Always Easy

Larson says making it out of the program is not always easy, but Poverello House focuses on building a community where participants are always welcomed back.

“I think one of the main things is the rehab program is tough, it’s not easy,” said Larson.

Once residents make it past the first two or three weeks, Larson says many of the participants deeply commit to change and recovery.

“At that point, you know, they’re squeezing every drop of information, every resource they can out of this place,” said Larson.

“I have guys that come from two years ago and say, hey, man, I just got laid off. Can I work with you?” said Larson. “Anybody who is an alumni of our program can come back.”

While the Better Money Habits program is taught at schools, colleges, and recovery resource centers, Bank of America also offers these same resources to the public.

Lessons on banking basics, auto and home loans, retirement, children’s college, and paying off debt are all available free by visiting the bank’s website here.

Pets of Homeless People Will Get Free Veterinary Care, Food, Supplies in Fresno