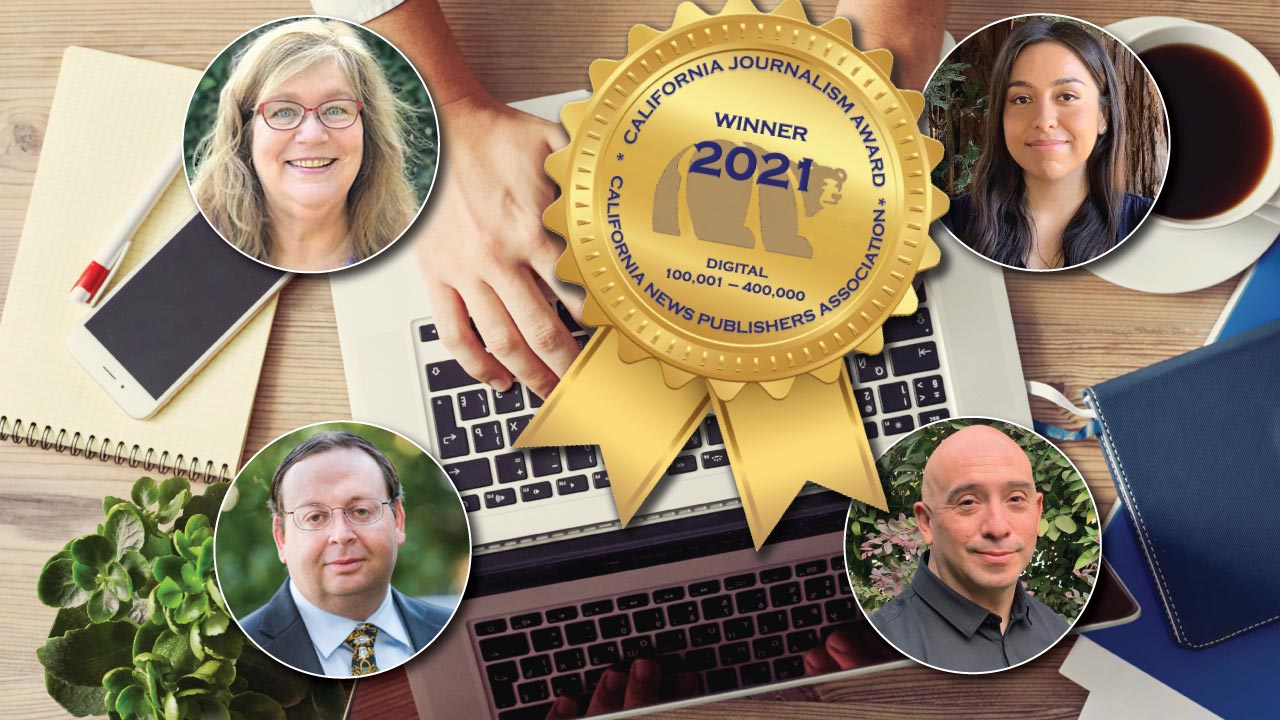 Results in the digital divisions were announced Wednesday and Thursday by the California News Publishers Association. GV Wire competes in the division for online sites that averaged between 100,001 and 400,000 monthly unique visitors in 2021.

Price and Baker were honored for their Dec. 16 special report headlined “When Will Fresno Trustees Stop Playing Games and Focus on Student Learning?”

Said a contest judge: “The numbers, from test scores to money spent per student, were compelling and displayed in a clear way. Great job offering local context with neighboring Clovis (Unified), in addition to the state and national numbers. The video was an outstanding summary of the issues, and it was clear in its display of the numbers juxtaposed with the main people interviewed. Well done!”

Juarez’s award was for the Aug. 23 story headlined “Recall Candidate Elder Packs the House With His Brand of Conservatism.” Said a judge, “… the story captured this reader’s attention.”

CNPA honored Taub for the Jan. 8 report “Local Trump Supporters at Capitol Riots, Part of ‘Traitor’ Graham Confrontation.” The story chronicled the activities of Fresno area residents in Washington, D.C., during the Jan. 6 Capitol Riot and two days later when they confronted Sen. Lindsey Graham at a D.C. airport.

Local Events Will Commemorate the Fallen This Memorial Day Weekend