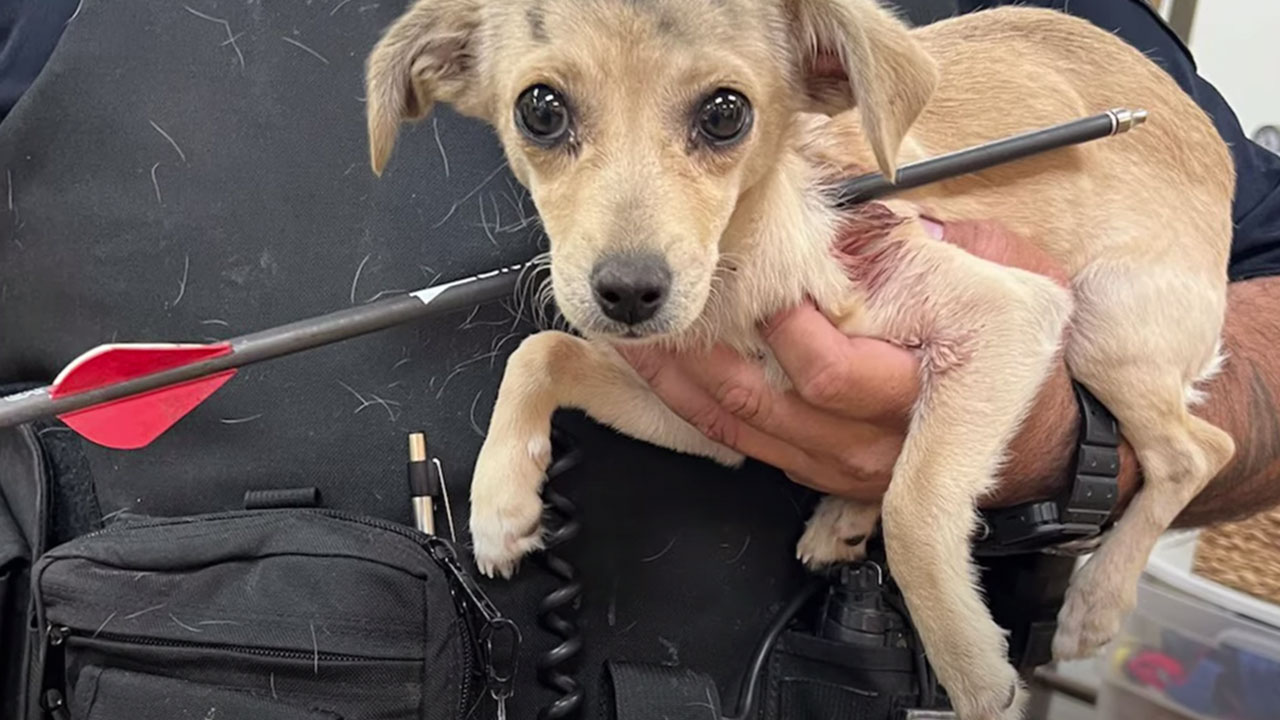 This chihuahua was shot through the neck with an arrow in Thousand Palms, on Monday, May 23, 2022. (Riverside County Animal Services)
Share with friends

THOUSAND PALMS — A chihuahua puppy shot through the neck with an arrow in Southern California was expected to survive after veterinarians removed the projectile, authorities said.

A woman reported to 911 that she found the wounded dog Monday in a neighborhood near Desert Hot Springs after hearing it “screaming,” Riverside County Animal Services said in a statement.

A sheriff’s deputy picked up the 4-month-old female and transferred it to an animal services officer who brought the pup to the Coachella Valley Animal Campus in Thousand Palms.

Veterinary staff determined that the arrow did not strike the puppy’s vital arteries and it was removed.

“For someone to willfully shoot this poor pup with an arrow is disgusting,” Animal Services Director Erin Gettis said in the statement. “We are shocked and we hope someone can provide us any information as to who did this.”

Adoption Next for Affectionate Pup

Gettis said the agency will continue to treat the puppy and work on finding her a home.

“I cannot imagine why anyone would do something so terrible to such an innocent creature. It’s very sick,” Ellison said.