Fresno Teachers, District Gear Up for What Could Be Tough Contract Talks 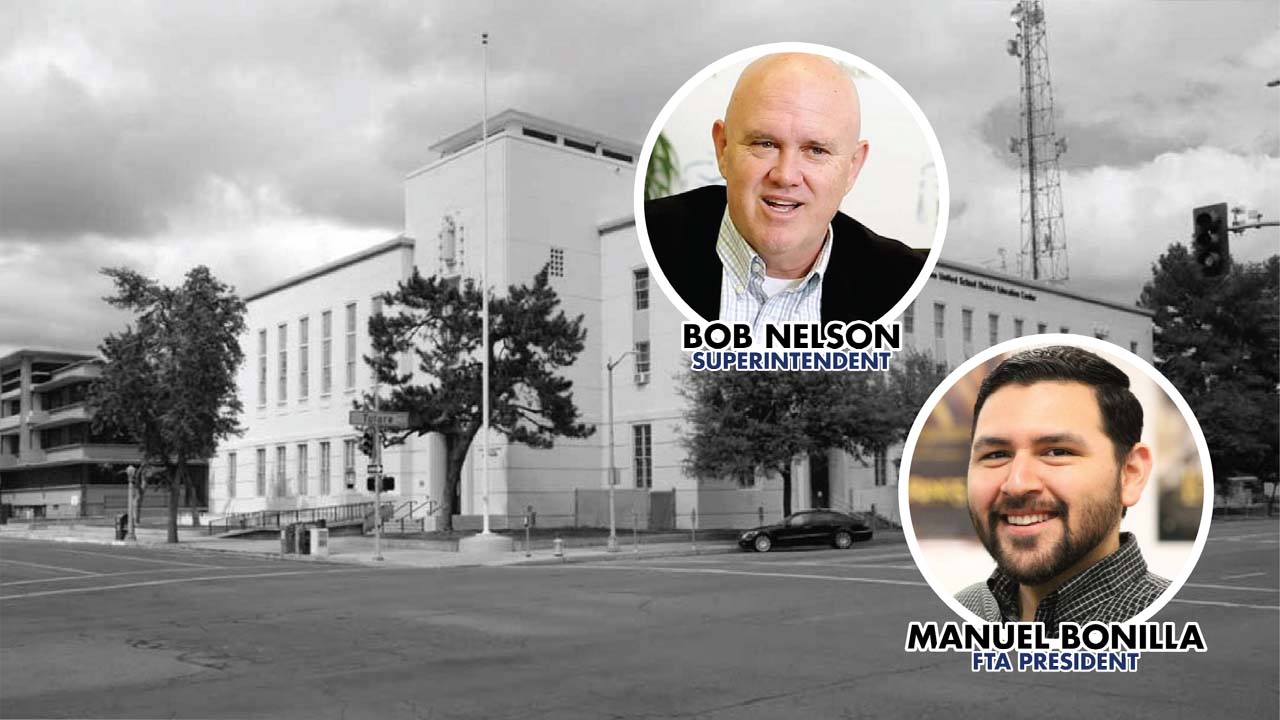 Fresno’s teachers union has already started to position itself in preparation for contract talks. If recent events are any indication, negotiations this time around may not be as cordial as last time.

Fresno Teachers Association attempted to turn up the heat on the district last week with a news release claiming that the district estimated it would need to hire 488 teachers for the next school year, a 41% increase from the 2017-18 school. That would represent about 9% of the district’s certificated workforce.

But the district told GV Wire subsequently that the number of teacher vacancies is significantly lower, and that the FTA was citing data the district had reported to the state back in October.

“We continue to fill vacancies with our teachers who are currently in overage or from our teacher residency program, as well as hiring teachers for our hard-to-fill areas,” she said.

FTA president Manuel Bonilla said it’s unclear how many vacancies the district has filled with teachers who have provisional permits or preliminary credentials instead of veterans.

The looming teacher shortage nationwide should be prompting the district to take steps to recruit and hire the best qualified teachers, and those steps can include improving salary and health care coverage, he said.

The union had presented Superintendent Bob Nelson a comprehensive plan on how to spend the hundreds of millions of state and federal education funding provided to help the district recover from the effects of the pandemic. The list included laundry facilities for low-income and homeless students and families and also opening school parking lots for homeless families to stay in overnight.

Such efforts have been taken at other districts, and the FTA’s goal was to “think outside the box” when trying to meet student needs that go beyond classroom academics, he said.

Although several of the proposals were met in the community with derision, they are not so far-fetched, Bonilla said. He noted that school districts didn’t always provide bus service or school meals, yet those are now seen as essential to meeting the needs of students.

But Nelson rejected FTA’s plan as well as a proposal to provide the same disability insurance coverage to teachers that the district provides to other employees, Bonilla said.

Under a long-established “parity” understanding, all district employees are supposed to receive similar pay and benefit packages, no matter who negotiates them, Bonilla said. The FTA learned that the lack of disability coverage goes back several decades, and retroactive compensation would cost $23 million, he said.

But rather than seeking money for past lost compensation, the union was proposing coverage moving forward for teachers and other staffers covered by the FTA contract. When the district responded Tuesday that the trades people who are covered by the contract could have disability insurance coverage but not the teachers, the union filed a grievance and also held a virtual meeting, Bonilla said.

About 1,500 members attended and weren’t happy, he said: “They feel like they’re being undervalued.”

Use Bonuses to Delay Teacher Retirements

The union is suggesting other financial incentives, which could include bonuses to retain veteran teachers, Bonilla said. Instead of a single $3,500 bonus that the district paid to teachers last year, the district could offer a similar bonus but spread it over multiple years as an incentive for teachers not to retire, he said.