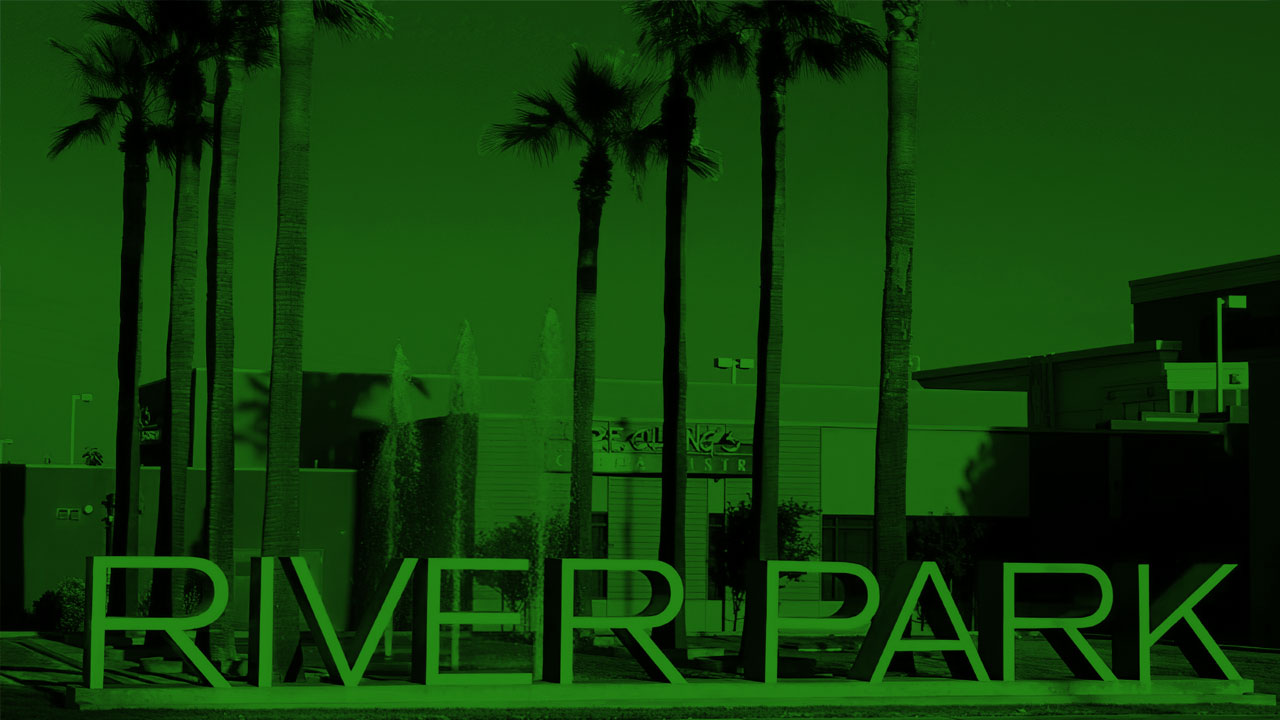 The effort involves assembling a team of local businesses to reduce the center’s carbon footprint.

“We are excited to have reached these levels of certification,” said Kashian, “Not only because it shows our commitment to sustainable building, but mostly because of the direct benefit to the environment, as well as to the tenants that occupy the buildings.”

To start, the park aims to plant 3,700 low water-use plants throughout the shopping center. This will save 145,000 gallons of water annually, said aid Terry Broussard, who heads up the landscape architecture firm Broussard Associates.

In addition, the center will modernize its irrigation system with the work performed by Jain Irrigation. This upgrade will monitor temperature, humidity, wind speed, and rain.

In 2016, the center installed ETwater weather-based irrigation controllers. Now the system will include 38,000 linear feet of drip irrigation with new controllers that will look at the weather forecast on a regular basis and self adjust to an irrigation schedule matching pant and soil needs daily.

“We are excited to take the next step in water conservation, by installing an all-new, updated system at our properties,” said Kashian.

The center’s second goal revolves around solar. Regal Cinemas, Park View Plaza, and JoAnn Fabrics have completed solar installations. Cost Plus World Market is up next.

Blair Cunnings, president of Barrier Solar, said that by painting roofs white, rooftop temperatures fall by up to 30 degrees.

Besides looking to reduce the consumption of natural resources, the center wants to maximize the use of renewable resources. One example: Regal Cinemas could eliminate more than 22,554 tons of CO2 from its carbon footprint over the life of the solar system.

Regal Cinemas: Before and After

The center is also installing medical-grade HVAC systems that will result in cleaner air. And, the phase-out of old filtration systems is nearing completion.

“All of these efforts increase and improve workplace air quality, all while reducing the carbon footprint by using only what we need when we need it,” River Park officials said.

With current state demands, cities are required to divert 50% of their waste. River Park officials say they have fully exceeded these requirements for the year 2021 by generating close to 223 tons of waste and recycling 73% of it.

To continue these diversion efforts, the center plans to add more recycling bins in eating and shopping areas.

Since 2011, River Park has increased its surveillance cameras from 17 to 101. All of the cameras are energy-efficient digital HD and integrated with the Fresno Police Department.

Since 2017, the center has converted to energy-efficient LED lighting in all of its commercial properties and exterior parking lots.