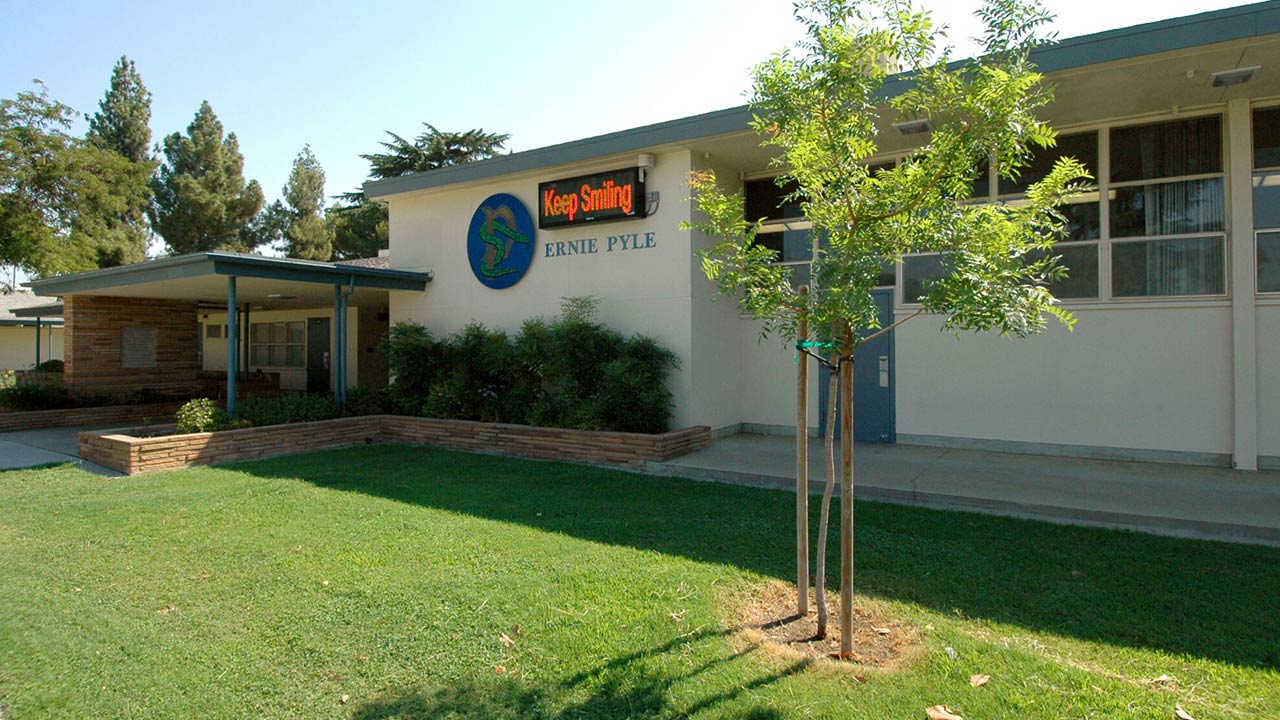 The Fresno Teachers Association on Thursday called on Fresno Unified to take a series of steps to improve safety and provide support to teachers and students who the union says were exposed to a woman threatening physical violence in a profanity-laced rant in a classroom this week.

According to FTA, the mother of a third-grade student entered her child’s classroom at Pyle Elementary School just after 8 a.m. on Tuesday while the teacher was taking attendance and made threats of physical violence while cursing.

The teacher was unable to escort her students out of the classroom because the doorway was blocked by a teenage girl who had accompanied the woman, the union said. A teacher in another classroom heard the shouting and called police, who arrived within a few minutes.

Pyle Elementary teachers reported that the same woman has verbally assaulted and threatened teachers at the central Fresno school over the past three years, “yet district administration has done nothing to address it,” the union said in a news release.

The school is near Ashlan Avenue between Fresno and First Streets.

FTA wants the district to take a number of steps, including to provide trauma support services for students and staff; conduct an investigation into how the woman got on campus during class time and why her previous behavior was not addressed; transfer the woman’s child to independent study for the remainder of the school year; provide a “well-developed and clearly communicated campus safety plan,” and employ a “campus assistant” to provide security and support.

FTA President Manuel Bonilla said in the news release that students and teachers at various sites across the district have experienced physical and psychological violence in recent weeks.

“The overwhelming majority of parents and staff work together in the shared responsibility of educating our students,” he said. “Unfortunately, this incident and others like it are the ugly culmination of Fresno Unified’s unwritten policy of not holding students and adults responsible for their inappropriate behavior. No one deserves to interrupt the learning of our students.”

District spokeswoman Nikki Henry said the school’s vice principal and staff have initiated the process of a stay-away order for the parent for the remainder of the school year and were working to make sure the parent was notified. The school is supporting teachers who want to request their own restraining orders, she said.

Henry said the parent arrived at the start of the school day when school gates are open to admit incoming students and went straight to the classroom without signing in at the office. Once the disturbance began, she said, school site administration called police, went to the classroom, helped escort out the teacher and students, and then tried to calm the parent.

The school psychologist subsequently was deployed to work with students and teachers, providing counseling and support, Henry said. The principal sent home notices to parents with information about this “absolutely unacceptable behavior” and told parents counseling services were available as needed, she said.

The school site reviewed its safety protocols, and the principal and vice principal will supervise arrivals through the end of the school year, Henry said.

“We cannot comment on any student information, but are working with school site administration and teachers to ensure a plan that ensures safety for all involved without inadvertently punishing any student for a parent’s behavior,” she said.

Fresno Police did not immediately respond to a request from GV Wire for an incident report.