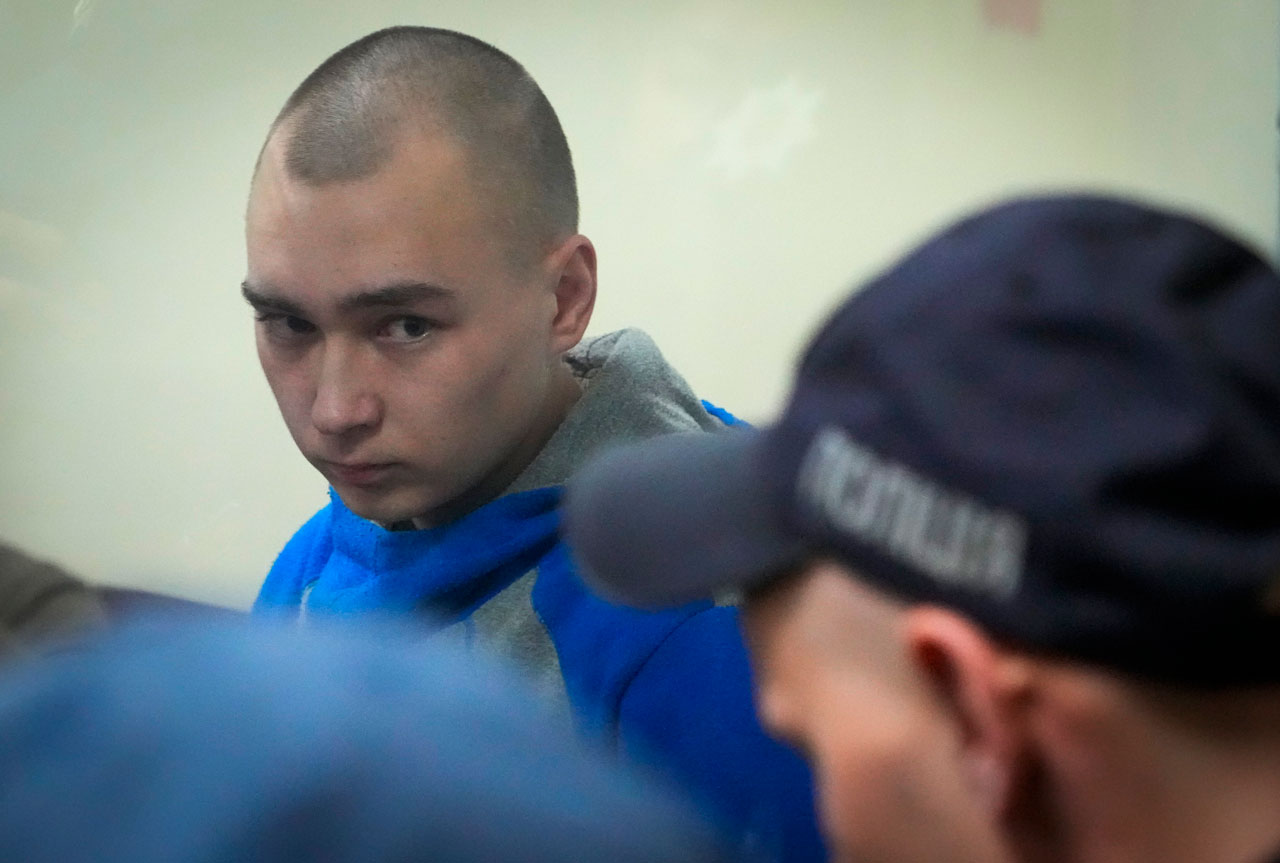 Sgt. Vadim Shishimarin could get life in prison for allegedly shooting a 62-year-old Ukrainian man in the head through an open car window in the northeastern Sumy region on Feb. 28, four days into the invasion.

Shishimarin, a captured member of a Russian tank unit, was prosecuted under a section of the Ukrainian criminal code that addresses the laws and customs of war.

“The … accused Shishimarin fully admitted the guilt of the crime in accordance with all circumstances established during the pre-trial investigation and announced by the prosecution during the trial today,” prosecutor Yaroslav Uschapivskyi said.

“(Shishimarin) was instructed (to shoot a civilian) by a person who wasn’t his direct commander or a person whose instructions he was obliged to follow,” Uschapivskyi added. “So it’s not correct to say that there was some sort of order.”

It was not immediately clear how many of the suspects are in Ukrainian hands and how many would be tried in absentia.

As the inaugural war-crimes case in Ukraine, Shishimarin’s prosecution was being watched closely. Investigators have been collecting evidence of possible war crimes to bring before the International Criminal Court in The Hague.

Russia is believed to be preparing war crime trials for Ukrainian soldiers.

— NATO talks with Finland, Sweden falter but will continue

— In Ukraine, limbs lost and lives devastated in an instant

— Follow AP’s coverage of the war in Ukraine at https://apnews.com/hub/russia-ukraine 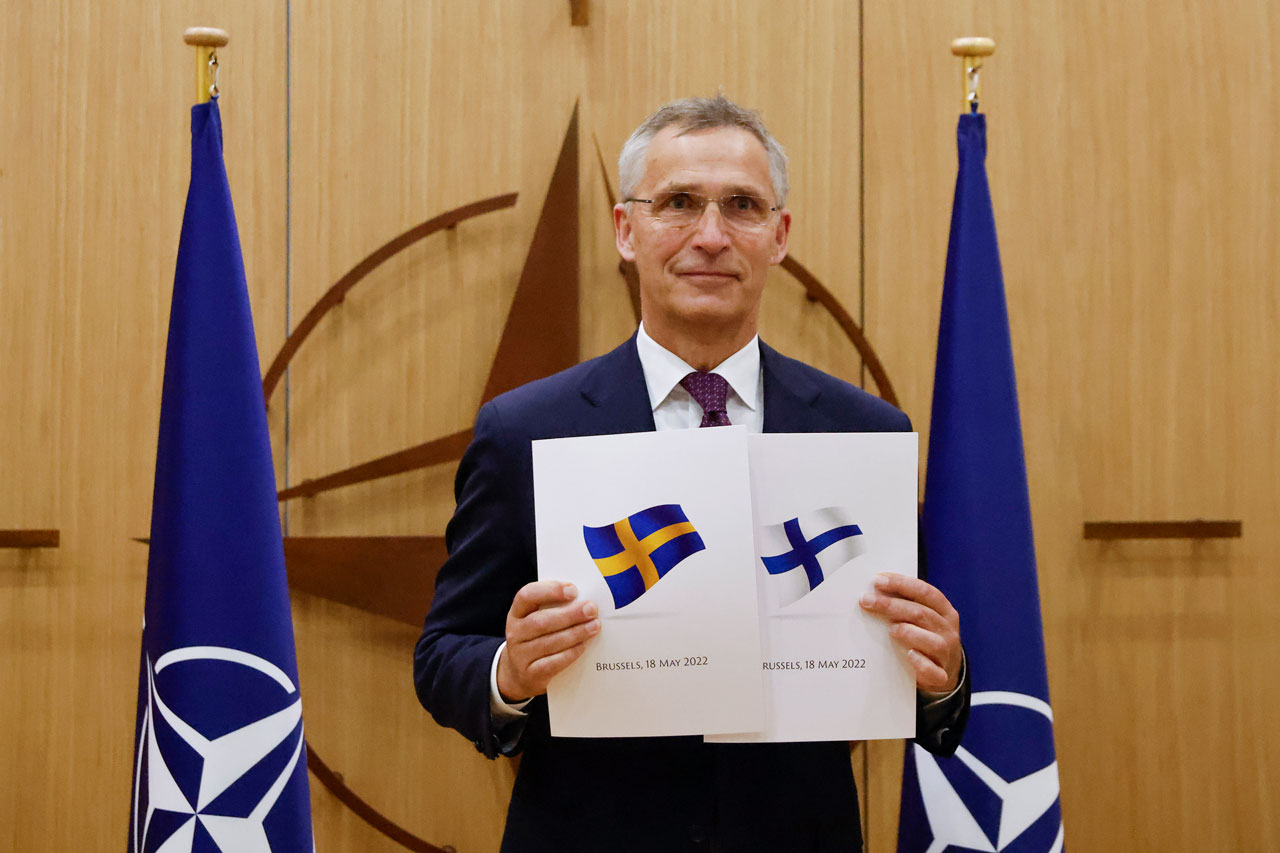 NATO Secretary-General Jens Stoltenberg displays documents as Sweden and Finland applied for membership in Brussels, Belgium, Wednesday, May 18, 2022. NATO Secretary-General Jens Stoltenberg said that the military alliance stands ready to seize a historic moment and move quickly on allowing Finland and Sweden to join its ranks, after the two countries submitted their membership requests. (Johanna Geron, Pool via AP)

UNITED NATIONS — The United Nations chief said Wednesday he is in “intense contacts” with Russia and other countries to stop escalating global hunger exacerbated by the war in Ukraine by allowing the export of grain stored in Ukrainian ports and ensuring Russian food and fertilizers have unrestricted access to world markets.

Guterres said Ukraine and Russia together produce almost a third of the world’s wheat and barley and half of its sunflower oil, and Russia and its ally Belarus are the world’s number two and three producers of potash, a key ingredient of fertilizer.

The secretary-general said the number of people facing severe food insecurity has doubled in just two years from 135 million pre-pandemic to 276 million today. 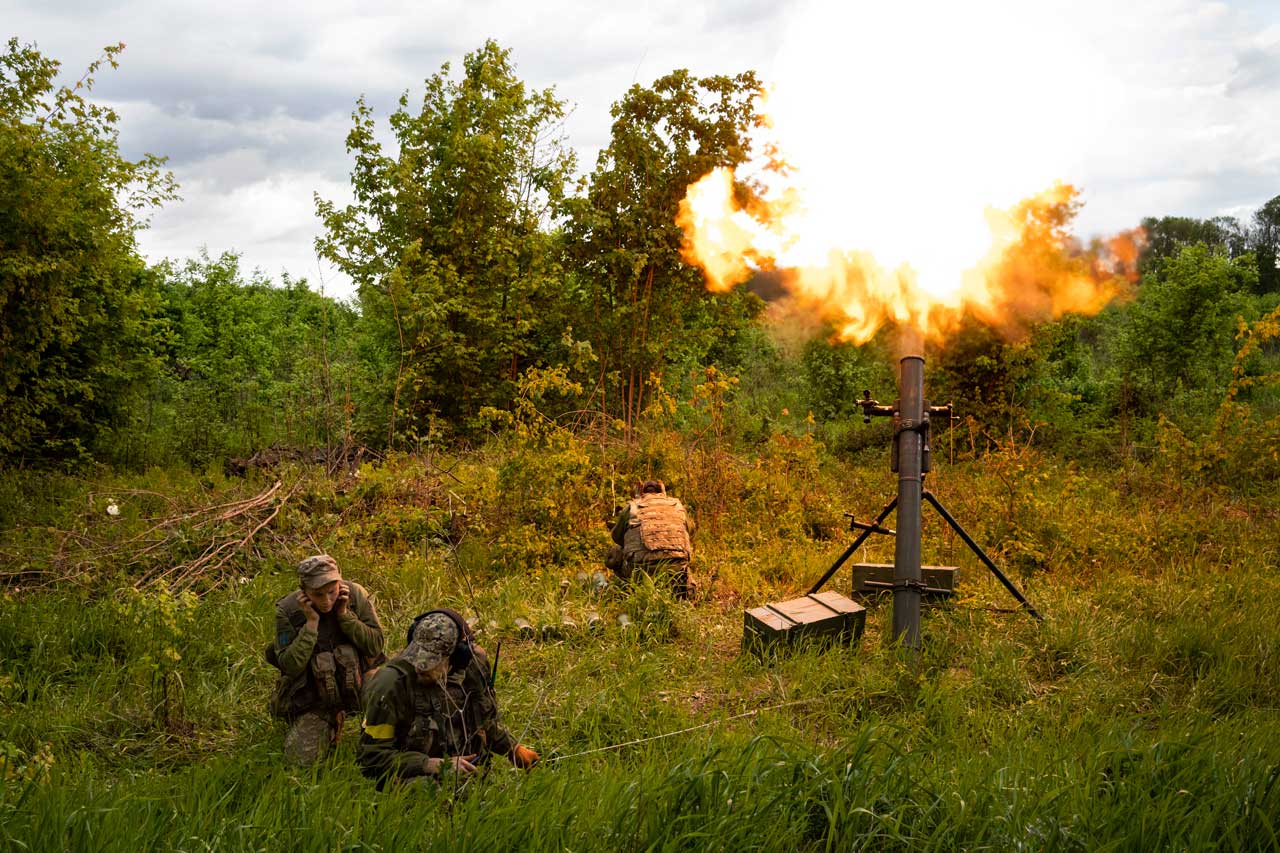