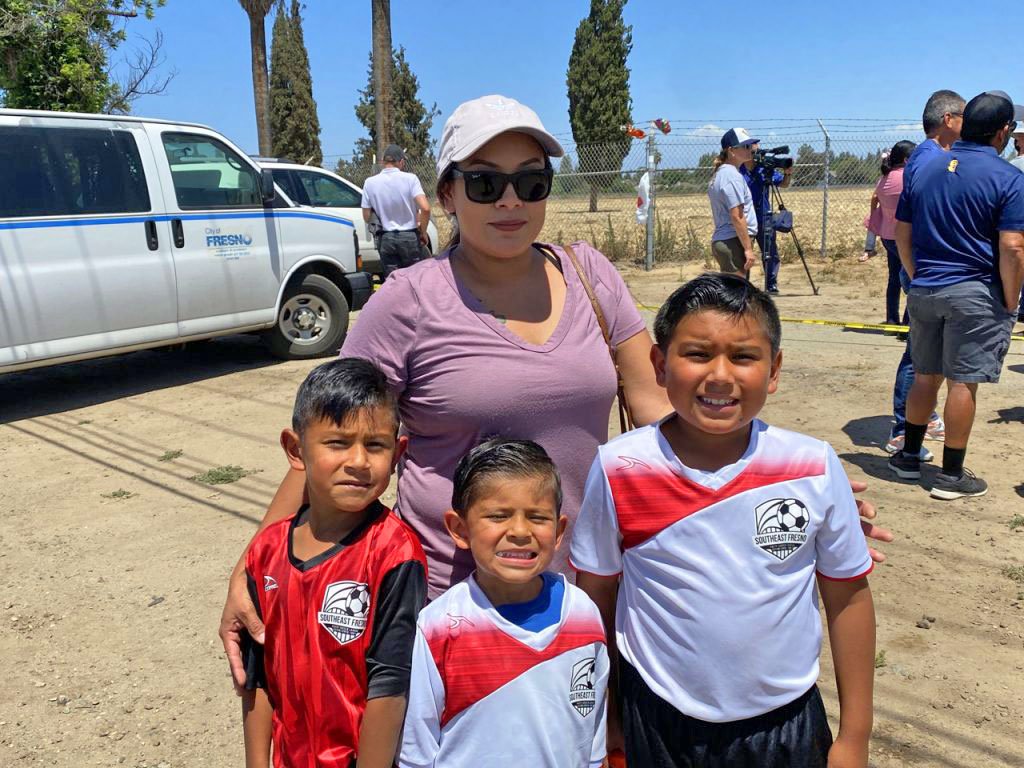 Residents in southeast Fresno have been waiting for a dedicated soccer park since 2006. Now their dream is taking shape.

Land donated by the federal government long ago from a former USDA experimental farm will finally be put to use for its intended purpose.

This summer, the Fresno City Council is set to vote on approving the first phase of the 49-acre regional park, $8.5 million for construction design. The money comes from federal pandemic relief funds. Future funds may come from Measure P dollars.

“We’re from southeast and nothing ever comes easy, right? We got to work hard and scrap and fight and argue. But at the end of the day, we come together and we work towards that goal of our community,” councilman Luis Chavez said at a community event on Tuesday.

” This project will ensure that Fresno families have a world-class park for decades to come.” 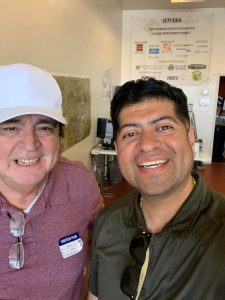 The park is located on Peach Avenue, north of Church Avenue. There is no timetable for when construction may start or when the park may open.

City officials also announced a road-widening project in front of the park on Peach Avenue, expanding from two to four lanes between Florene and Hamilton avenues. The $5.8 million improvement — paid for with Measure C and developer fees — will start in the fall. Bike lanes and street lighting are included.

Betty Villarreal attended the park announcement with her three young sons dressed in soccer uniforms. It is hard for them to find a place to practice, especially after dark. Nearby Calwa Park is often crowded with other players.

“We don’t have parks with light, so that’s a plus,” she said of the yet-to-be-named soccer park.

Jose Leon Barraza, CEO of the Southeast Fresno Economic Development Association, has pushed for the park for many years. 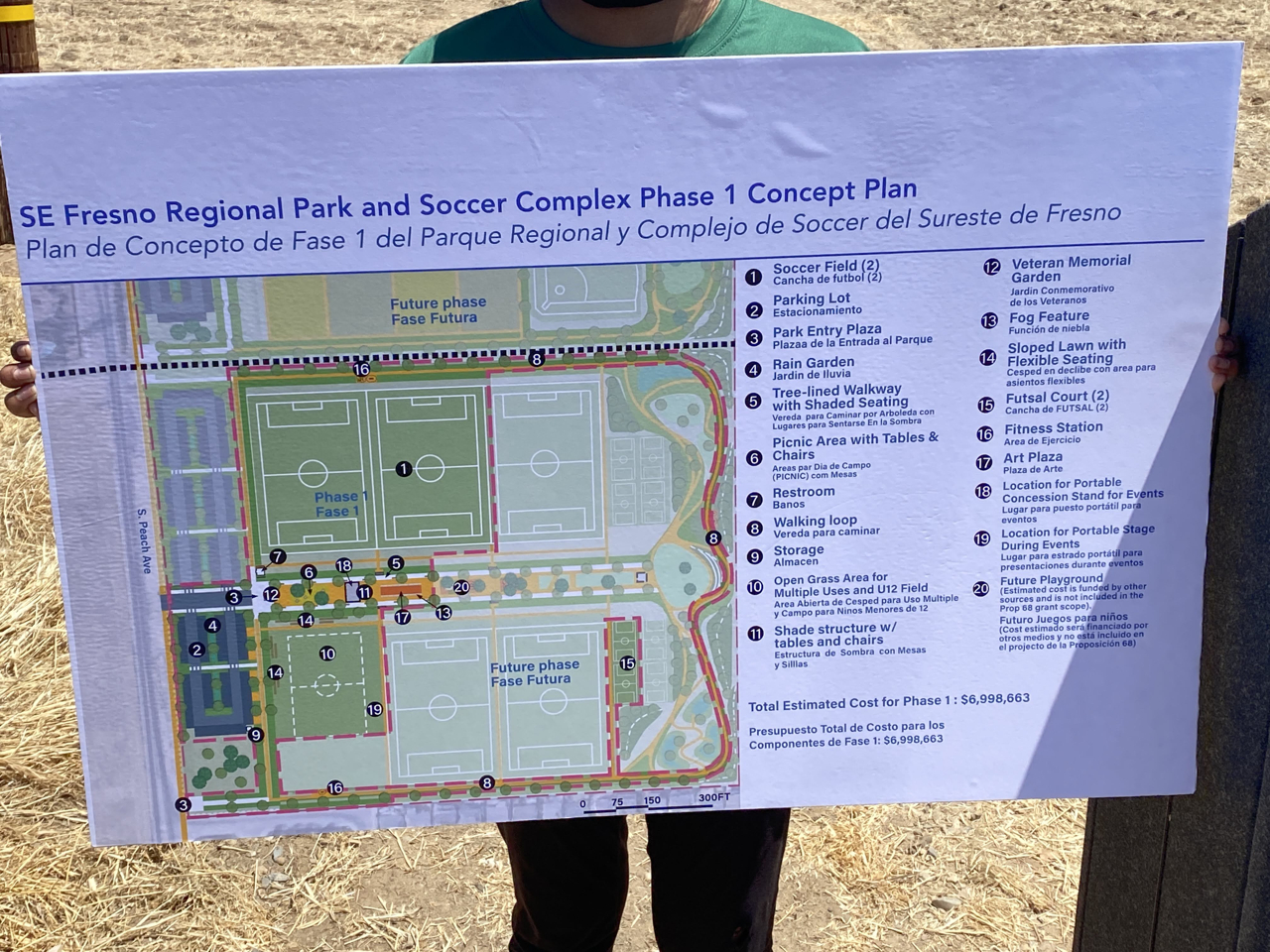 For years, Michael Der Manouel Jr. has offered a daily radio commentary on KMJ (580 AM, 105.9 FM). Last week, the station started running a 15-second declaimer before the segment.

“The following appearance is for entertainment purposes only. The opinions expressed do not reflect the opinions of Cumulus Media or any of its parent, affiliate, or subsidiary companies, promotional sponsors or advertising agency, as Cumulus expressly disclaims any and all liability related to the opinions expressed,” the disclaimer says.

Der Manouel says it is a new policy from KMJ’s owner, Cumulus, for non-staff contributors. KMJ offered no comment about the disclaimer.

Gov. Gavin Newsom appointed Fresno labor leader Michael Lopez to the California Prison Industry Board. Lopez, 55 and a Democrat, serves on many local boards and commissions. He is president of the Fresno, Madera, Tulare, and Kings County Building Trades Council.

The 11-member board oversees operations of the industrial side for state prisoners.