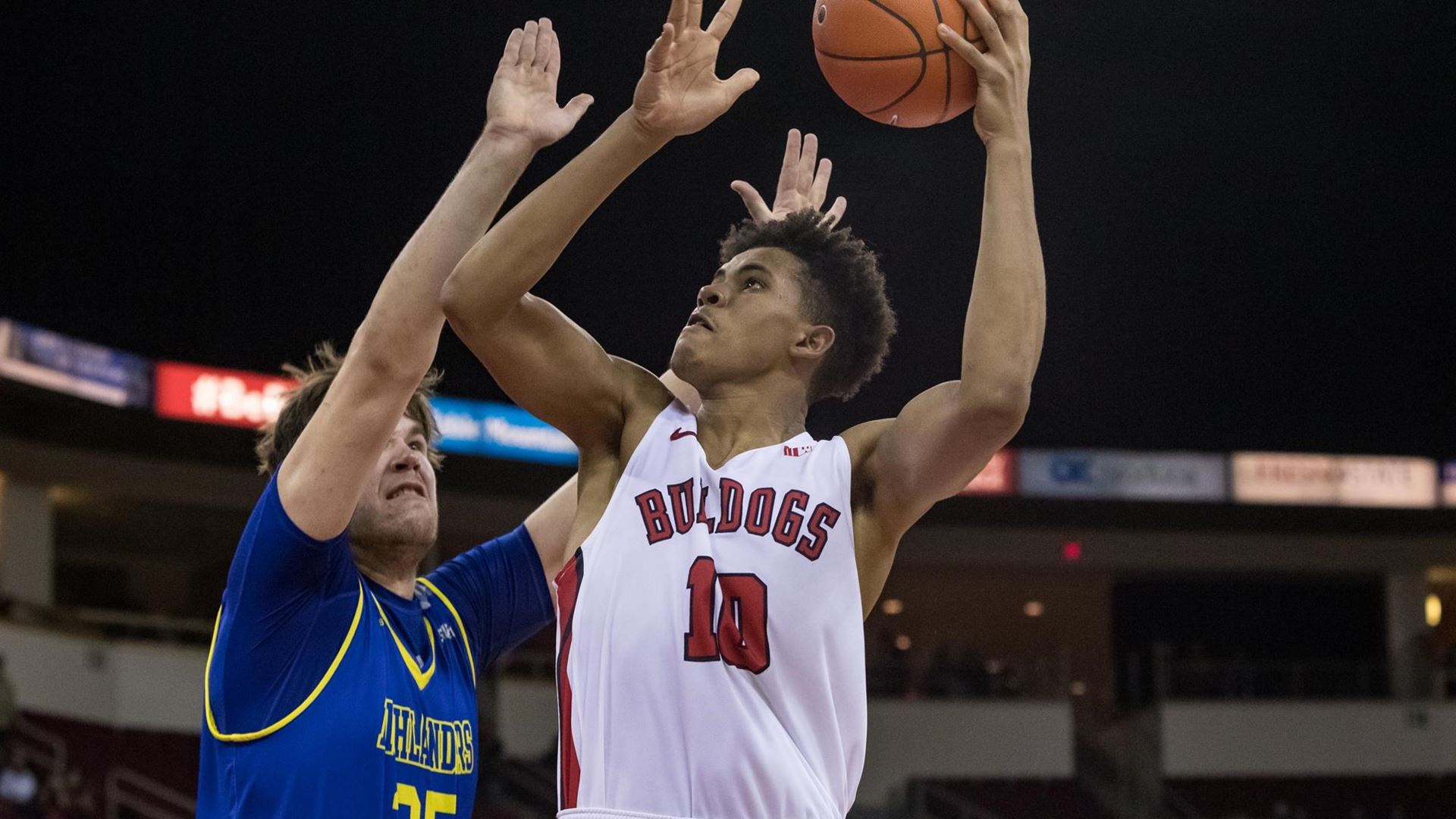 Orlando Robinson, who has anchored the Fresno State basketball team for three seasons, is in Chicago performing before NBA scouts today.

According to the university, Robinson is attending the NBA Draft Combine, which runs today through Friday.

ESPN’s Adrian Wojnarowski additionally reports that the Las Vegas native will hire an agent. But, according to Fresno State, which would love for their big star to come back, Robinson has “retained his eligibility to return for his senior season by hiring an NCAA-certified agent.”

Fresno State 7-footer Orlando Robinson will stay in the 2022 NBA Draft and hire an agent, sources tell ESPN. He averaged 19 points and 8 rebounds as a junior. Robinson is in Chicago for the Draft Combine this week.

Though he didn’t generate a lot of hype nationally, Robinson could increase his stock with a strong showing at the combine.

NBA analysts recently have said that Robinson has a chance to be a late first-round pick. Generally, he earns high marks for his continued improvement while at Fresno State, his polished offensive moves, and his positive attitude. The knocks against him are that he isn’t considered an elite athlete and he has limited experience against top-tier competition.

A late first-round selection earns about $1.8 million as a rookie, according to basketball.realgm.com.

And, even though coach Justin Huston’s team missed the NCAA Tournament, the Bulldogs won the four-game post-season Basketball Classic, Presented by Eracism with big contributions from Robinson.

You can read more about Robinson’s NBA prospects at nbascoutinglive.com.

ESPN and ESPB2 will provide coverage of the combine on Thursday and Friday.

31 Bulldogs Have Played in the NBA