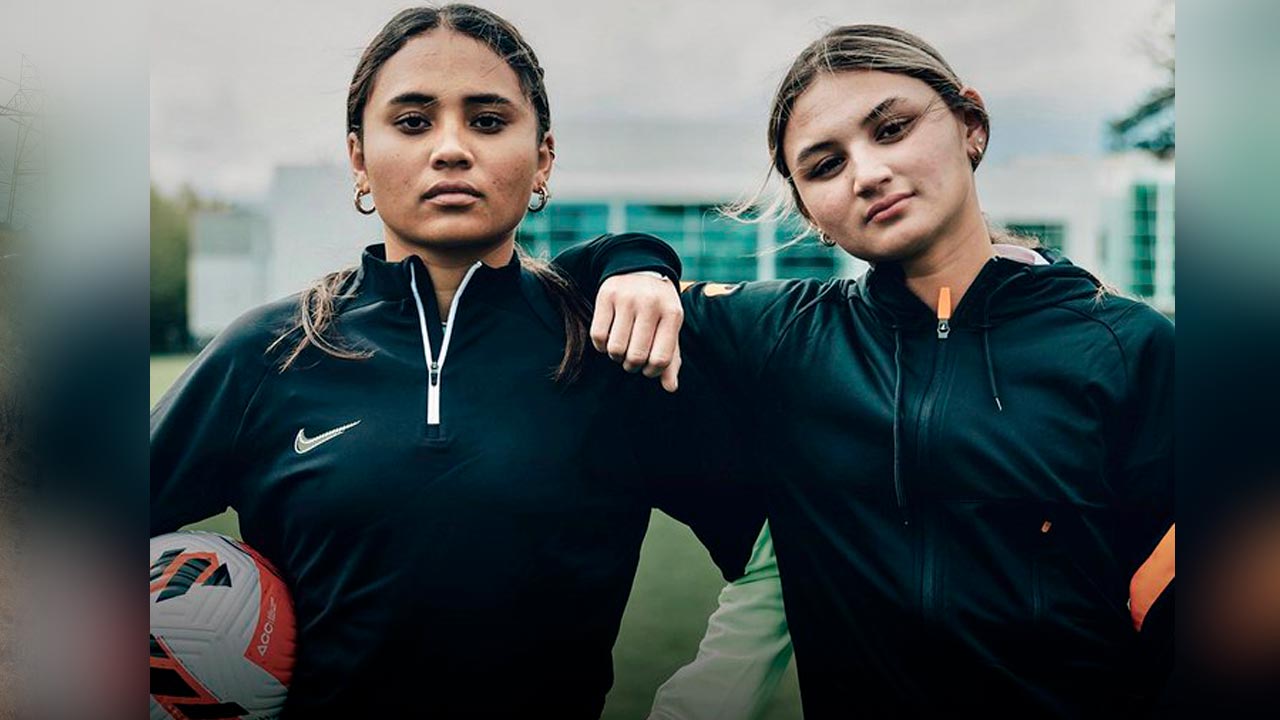 The announcement was made Monday night at a dinner in Los Angeles.

NIL deals, which are exploding for college athletes, are allowed under California law for high school students as well.

However, they are not allowed to appear in Harvard-Westlake uniforms or gear in their Nike promotions, according to California Interscholastic Federation NIL rules.

Sisters Have Scholarships Waiting at Stanford

The sisters already have committed to Stanford after high school. Sroka told The Los Angeles Times that the sisters worked out the deal alongside Stanford to ensure that they would maintain their NCAA eligibility.

Ball in the family ⚽️🇺🇸

Just a few weeks after watching her older sister Alyssa and the #U20WYNT lift a trophy at the Concacaf Championship, defender Gisele Thompson is inspired to make her own mark with the #U17WYNT pic.twitter.com/F9cTJa5DYn

Alyssa, a junior, is a starter for the USA under-20 team. Gisele, a sophomore, starts on the under-17 USA team. Both of those teams won CONCACAF championships this spring.

In addition, Alyssa also won the CIF Division 3 100 meters sprint on Saturday at the Southern Section track and field championships.

You can check which states allow high school NIL contracts at this link.