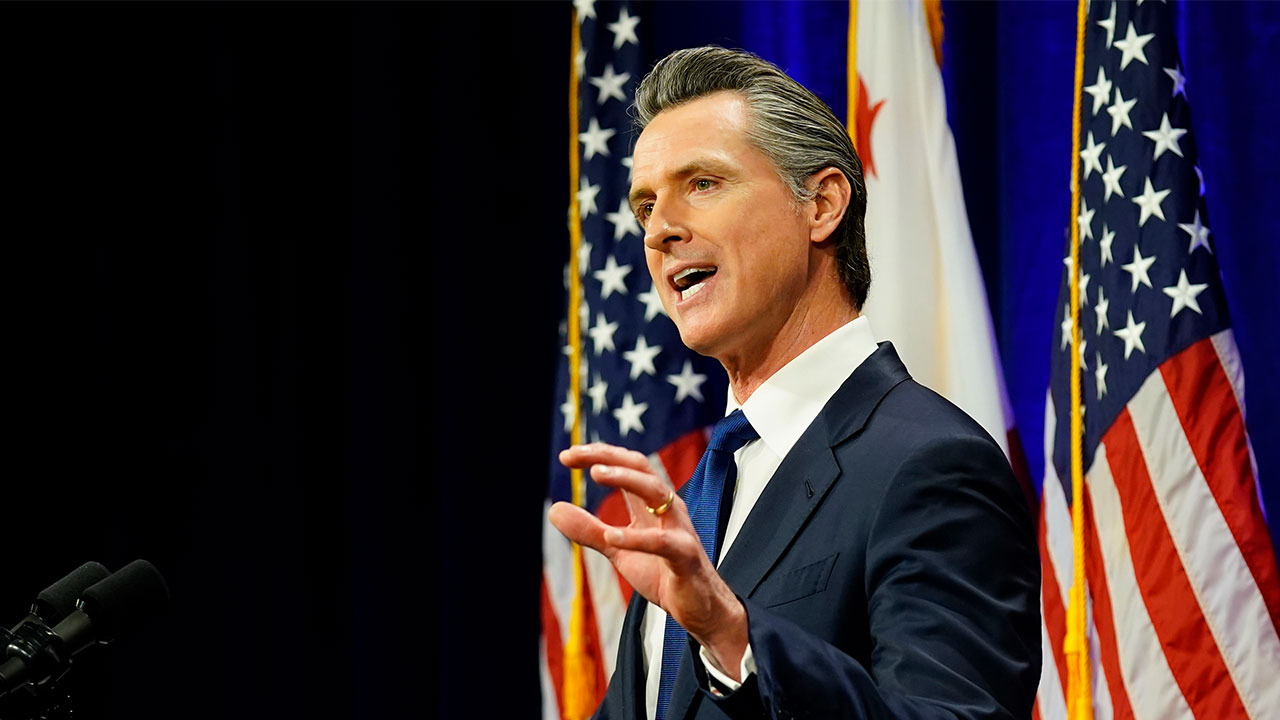 The nation’s two hottest political issues in this election year are inflation and abortion.

The sharp spike in gasoline prices and other costs of living has undermined President Joe Biden’s popularity and Republicans see it as the key to retaking control of Congress.

Never one to ignore an opportunity to increase his national political image, California Gov. Gavin Newsom last week made inflation relief and abortion rights centerpieces of the $300.7 billion revised version of his state budget.

Even before unveiling the revision, Newsom had trumpeted an “$18.1 billion inflation relief package to get money into the pockets of Californians,” chiefly through providing motorists with $400 payments for each car they own. “People are feeling deep distress, deep anxieties,” Newsom said.

Newsom’s inflation relief proposal is at odds with legislative leaders’ preference for rebates based on income, rather than auto ownership, but he said the differences will be ironed out quickly. It’s likely, however, that Californians won’t see any cash — however it’s calculated — until September at the earliest.

When the draft decision to overturn Roe v. Wade was leaked, Newsom railed against the court and states that are poised to limit access to abortion. Newsom even castigated his fellow Democrats in Congress for not being aggressive enough, saying “Where is the Democratic Party? Where’s the party?… We need to stand up. Where’s the counteroffensive?”

His remarks earned him a rebuke from House Speaker Nancy Pelosi, once his quasi-aunt by marriage.

Newsom immediately promised to make California a refuge for women seeking abortions and hastily revised his budget to reflect that attitude, with an extra $57 million to handle an expected influx.

“California will not stand idly by as extremists roll back our basic constitutional rights; we’re going to fight like hell, making sure that all women — not just those in California — know that this state continues to recognize and protect their fundamental rights,” Newsom said earlier in the week.

“We believe in equity, we believe in access,” Newsom told reporters at his budget briefing, describing California as a “pro-life state” that provides support to mothers and children. He drew a contrast with abortion opponents who oppose those kinds of support, saying, “That’s a real pro-life agenda.”

So, one might wonder, what’s the political context of Newsom’s highlighting inflation and abortion in his revised budget?

He is, of course, running for re-election this year, but is a virtual shoo-in and doesn’t need a budget bounce. Rather, he seems to be seeking a more prominent role within the national Democratic Party by becoming a cheerleader for more aggressive opposition to Republicans on abortion, LGBTQ rights and other social issues.

Could that mean that with his re-election virtually certain, he’s beginning to lay the groundwork for climbing another rung on the political ladder, perhaps the presidency?

Not overtly, perhaps. But if Democrats do lose big in this year’s congressional elections and the 79-year-old Biden’s popularity continues to slide, he might opt out of a re-election bid in 2024 and Newsom’s party would then be in the market for new candidates. Vice President Kamala Harris isn’t faring very well either and wouldn’t necessarily be an automatic successor.

There’s also another office that might be available in 2024 because Sen. Dianne Feinstein is very likely to retire. The Senate could be a platform for Newsom as he awaits a chance to move to the other end of Pennsylvania Avenue.