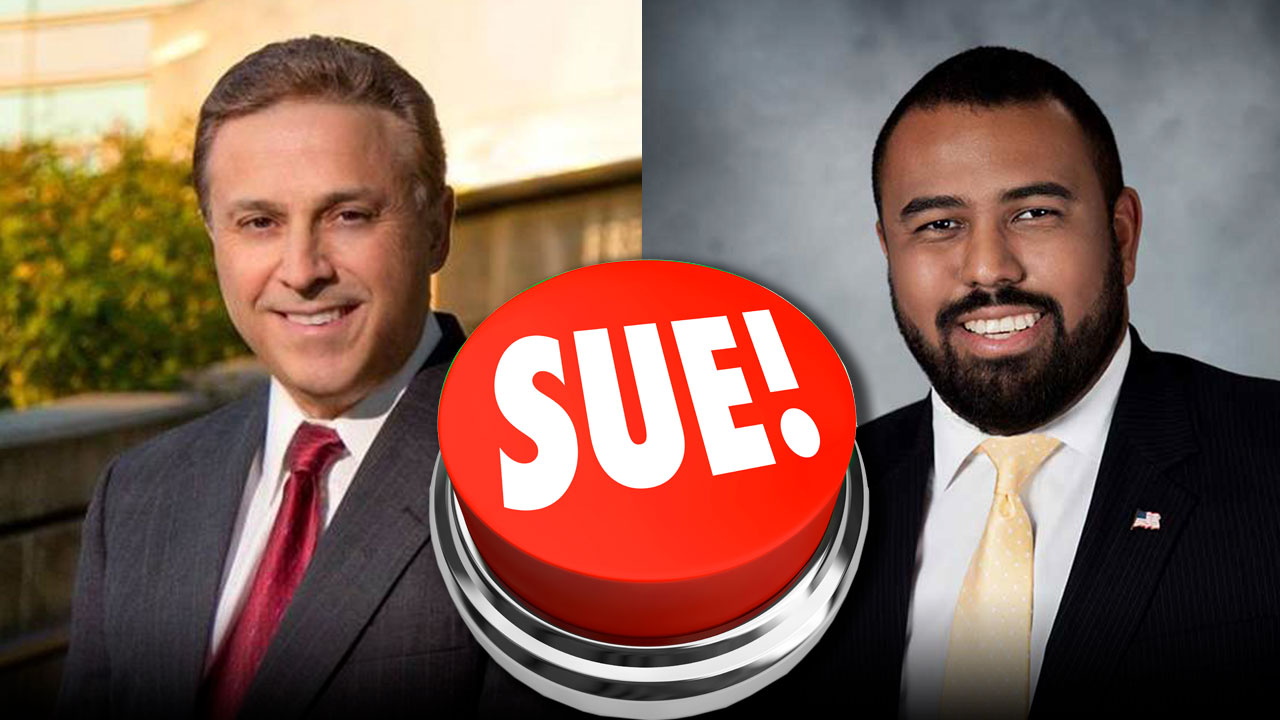 “The lawsuit speaks for itself. I am focused on our work at City Hall,” Esparza told GV Wire via text message early Monday afternoon. “We have the city budget coming up very shortly and I will continue to work with the City Attorney’s Office and my Council colleagues in order to deliver for Fresno residents.”

Last Friday, Bredefeld accused Esparza of telling Sloan to only work for the council majority, and report any request by the other three councilmembers if they requested legal services. Esparza allegedly told Sloan “I’m standing between you and you losing your job.”

“Nelson Esparza in this bogus lawsuit is essentially calling the City Attorney, Doug Sloan, a liar and that what Mr. Sloan stated publicly is not true. Mr. Sloan personally expressed to me and others at City Hall that he felt Esparza attempted to extort him and I shared this information with the public and law enforcement agencies. Mr. Sloan is a very credible and highly regarded attorney who has been the City Attorney for nine years. The corruption at City Hall must end and Mr. Esparza must be held accountable for his actions. I will never be intimidated and this will not stop me from speaking the truth. Not now, not ever.”

In the lawsuit filed Monday in Fresno County Superior Court, Esparza shared his version of the conversation with Sloan.

Esparza says Sloan came to his office on April 22, one day after the city council discussed a performance evaluation about Sloan. They discussed Esparza’s concerns that Bredefeld was “weaponizing” information from the city attorney.

“(Esparza) further informed Mr. Sloan that he was not presently inclined to vote for termination but that, as a voting member of the Council he wanted to have reassurances that the previous night’s resolution would be complied with and abided by,” the lawsuit states.

The council passed a motion on April 21 regarding the use of the city attorney’s office to investigate other councilmembers. Any such information gathered would be shared with the entire council.

“At no time did plaintiff Esparza direct, order, imply or suggest to Mr. Sloan that he should work only for ‘the majority’ of the Council or only for any certain Councilmembers to the exclusion of any others,” the suit states. The item was underlined in the lawsuit.

Hours after Bredefeld’s news conference on Friday, Sloan provided an account of the April 22 meeting in an email to the media.

Sloan wrote that Esparza told him “I’m just going to cut to the chase. I’m standing between you and you losing your job. From now on you are to work only for the Council majority.”

When Sloan asked what to do if other councilmembers asked him to do something, Esparza said, “come talk to me.”

“First, I knew there was no proof, other than credibility, that the conversation occurred,” Sloan wrote in Friday’s email. “Second, I was already strongly considering the new position, and I knew in my mind one way or another, I was certainly not going to violate the Charter and professional responsibilities and not provide services to all City officials. It is unfortunate this occurred.”

Sloan announced last week that he is leaving his post in Fresno to become the Santa Monica city attorney.

The charter states that the city attorney shall provide legal advice to “the Council and all city officers in all matters of law pertaining to their offices.”

The lawsuit is suing Bredefeld in his individual capacity. It is unclear if the city attorney’s office will be involved in the defense or pursuit of the civil claim.

“The statements and accusations made by Garry Bredefeld were knowingly false and were made with malice,” the lawsuit alleges.

The lawsuit also says Bredefeld’s comments “were made with hatred and ill will towards plaintiff and with the design and intent to injure plaintiff’s good name, his reputation, and his business.”

Esparza alleges to have suffered personal and professional injury, including embarrassment and severe emotional distress.

The lawsuit seeks judgment for unspecified damages — typical in the preliminary filings of a lawsuit.

The first court date is Sept. 15 for a case management conference.

Bredefeld said he filed a complaint with the Fresno County District Attorney’s Office and the FBI.

“I have not been briefed by the Public Integrity unit, but I understand that a complaint has been lodged and we will do what we always do — review it and assess it to determine if there is a basis for a criminal investigation,” Smittcamp said in a text message.

The FBI said it cannot confirm or deny the receipt of a complaint.

Reaction from Other Councilmembers

GV Wire reached out to the five other councilmembers. Only Mike Karbassi has responded thus far.

“This whole situation is very uncomfortable and disturbing. Ultimately, it looks like it comes down to whether or not you believe the account of the council president or our longtime city attorney,” Karbassi, the northwest Fresno representative, said.

Karbassi called for a criminal investigation. He is concerned that this may hamper the effort to hire a new city attorney.