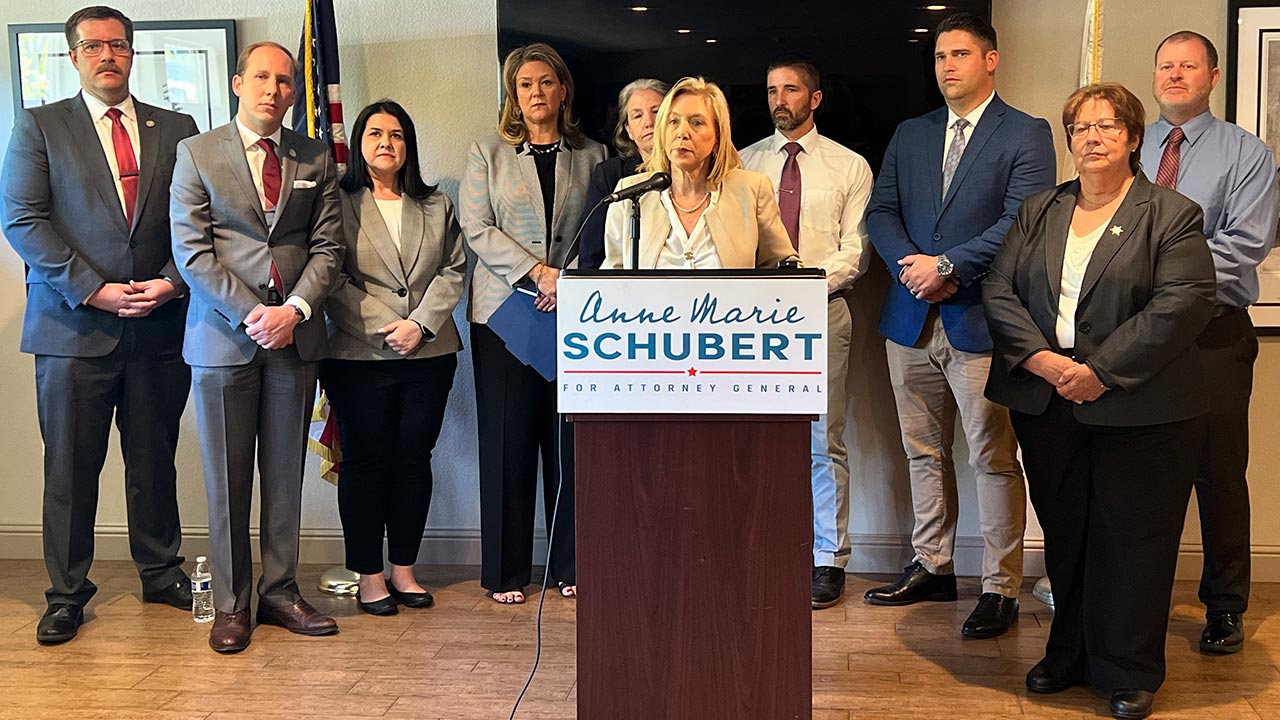 Anne Marie Schubert picked up the endorsement of the Fresno police union during a Monday campaign stop. (Special to GV Wire)
Share with friends

Anne Marie Schubert picked up the endorsement of the Fresno police union during a campaign stop on Monday.

Schubert is running for state attorney general as a no party preference candidate. She is the district attorney for Sacramento County.

Rob Bonta, the Oakland Democrat appointed to the vacant position last year by Gov. Gavin Newsom, is the incumbent.

She spoke one-on-one with GV Wire.

The following is a portion of the interview GV Wire conducted with Schubert. 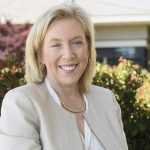 Question: There has been a spate of smash-and-grab robberies, including one recently in Fresno where robbers blatantly and brazenly raided a liquor cabinet. How do you prevent such crimes and how do you prosecute them?

Anne Marie Schubert: First off, you have to have the tools, which we all know that Prop. 47 and 57 have taken away the tools. But, you also have to stop the early release of people when they were actually holding them accountable. So what we’ve seen in California is a number of laws. I call it a tsunami of public policies that have really come together. And now the criminals really know that they can get away with a lot of things. So you need a real prosecutor to be your attorney general. That’s me. I’ve been in the business 31 years. And, so for me, it’s about holding people accountable. It’s having good laws and good public policy. And when we actually do hold them accountable and send them to jail or prison, that we don’t let them out of potentially a third of their sentence.

Where are you on abortion rights?

I’m pro-choice, but I will say this. California has a constitutional right for someone to have that choice. So, we are very protected here in California. As the attorney general, no matter what the law is, I’m going to defend the law and the law is constitutional.

How will you handle public corruption cases?

Same way I do it as a district attorney. You follow the facts and the law, whatever that leads you to do so as a DA. If we have allegations of whatever it is, corruption, public integrity, those kinds of things, we’re always going to fully investigate it.

Where do you stand on the death penalty?

Where are you on gun rights?

I support background checks for people. I believe that we have the strictest gun laws in California, and that’s the way the law is. But what we’re also seeing is guns in the hands of people that should not (have them). I don’t think there’s anybody out there that thinks that criminals, felons should have guns. So as the next AG, I’m going to make sure that people that should not have weapons (don’t) and that we’re doing adequate background checks.

Where are you on bail reform?

The voters of California have spoken. They want a bail system. We have a Supreme Court decision that says that judges cannot set bail based on a bill to be paid. But we do need to have a bail system so that people that are too dangerous or are not showing up to court can have oversight.

Can you advance to the November general election as a no party preference candidate?

I’m not running unless I’m getting out of that primary. I am relentless. I am the choice of law enforcement across California. I’ve raised the most amount of money, aside (from) Bonta. I’m very proud of the support I have from people of all different walks of life. It’s not a partisan issue, nor should it be. People want to feel safe and they do not feel safe. I’m a career prosecutor. It’s all I’ve ever done. I believe in public safety and accountability, and I’m the person that not only can get out of this primary, but can beat Rob Bonta in the general. They know that.

You said that Attorney General Bonta has used dirty tricks in the campaign. Can you explain?

Bonta supporters are funding ads for one of the candidates that is unelectable in the general election. So I think it’s very interesting that that’s their tactic. And the tactic is because they know that Schubert is the person that they’re going to struggle with.

Is the Golden State Killer case your toughest/most prominent?

I think it’s up there on the top of the list in terms of a cold case that took a lot of work and innovative work to solve. But there are lots and lots of cases out there that I personally prosecuted, my office has handled. I had a case where we exonerated a guy from another county using the same tools that were used on the Golden State Killer. … I have a case right now that I’m very upset about that I convicted a child molester and (he) was sentenced to life in prison. But they seem to think that he should now be eligible for release despite a judge saying you’re never going to get out of prison.

Vote Between Now and June 7

Ballots have been mailed to all active registered voters. Ballots may be returned to the election office directly, through the mail (no postage is needed), at several drop boxes around Fresno County, or in person when voting centers open. All ballots are due by the close of the primary election on June 7.