Police: California Serial Killer 'on a Mission' in Slayings 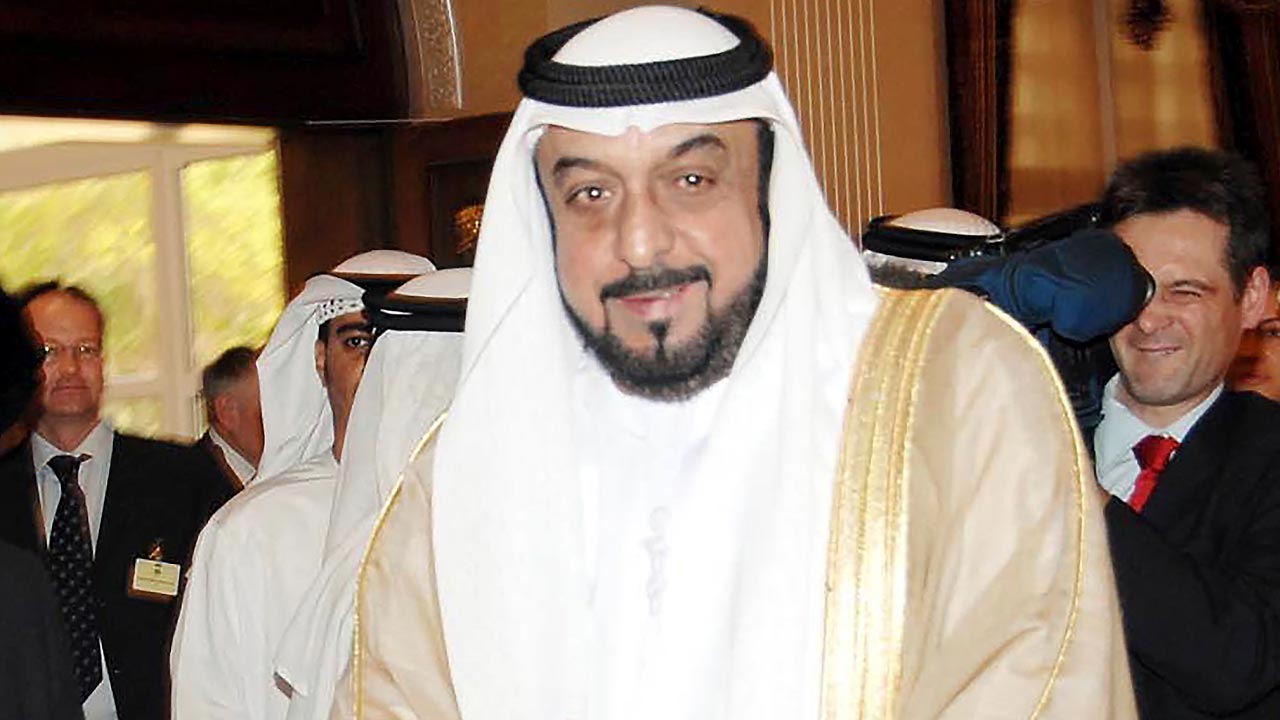 Sheikh Khalifa oversaw much of the country’s blistering economic growth and his name was immortalized on the world’s tallest building, the Burj Khalifa, after bailing out debt-crippled Dubai during its financial crisis over a decade ago.

However, after suffering a stroke and undergoing emergency surgery in 2014, a decade after becoming president, he ceased having any involvement in the day-to-day affairs of ruling the country.

The last several years of his life saw his half-brother Abu Dhabi Crown Prince Mohammed bin Zayed rise to become the de-facto ruler and decision-maker of major foreign policy decisions, such as joining a Saudi-led war in Yemen and spearheading an embargo on neighboring Qatar in recent years. The crown prince, also the deputy supreme commander of the armed forces, shepherded the UAE’s budding ties with Israel after the two normalized relations in 2020.

The UAE announced a 40-day period of mourning and a three-day suspension of work across the government and private sector, including flags to be flown at half-staff.

There was no immediate announcement on a successor, although Sheikh Mohammed bin Zayed is anticipated to claim the presidency at a time of high oil prices, which boost the UAE’s spending power.

“The UAE has lost a loyal son, and the leader of its blessed empowerment journey,” Sheikh Mohammed bin Zayed wrote on Twitter after his brother’s death was officially announced on state media. “Khalifa bin Zayed, my brother, supporter and mentor, may Allah Almighty grant you eternal peace.”

In a statement, U.S. Secretary of State Anthony Blinken described Sheikh Khalifa “as a true friend of the United States,” adding that the U.S. remains committed to its steadfast friendship and cooperation with the UAE. Vice President Kamala Harris also expressed her condolences.

Ties have been strained between the Biden administration and the leaders of Saudi Arabia and the UAE, which have not joined U.S. efforts in isolating Russia amid its war in Ukraine.

Though he had been out of public sight since his stroke, Sheikh Khalifa’s image was ubiquitous, gracing every hotel lobby and major government office across the country. On occasion, Emirati state media published rare photographs and videos of Sheikh Khalifa.

The president holds the most powerful position among the seven semi-autonomous city-states of the UAE, which stretches along the shores of the Persian Gulf and the Gulf of Oman. Historically, the president is from Abu Dhabi, the largest and richest of the seven emirates. The vice president and prime minister is from Dubai, titles currently held by Sheikh Mohammed bin Rashid Al Maktoum.

Despite its size and wealth, Abu Dhabi often finds itself overshadowed by the glitzy emirate of Dubai, the commercial hub that showcases both the UAE’s bold visions and, at times, debt-fueled pipe dreams, including a massive palm-shaped man-made island that sits empty years after its construction.

The UAE’s regional power and influence, however, emanates from Abu Dhabi, which has most of the country’s oil and gas reserves. Dubai provides the UAE with a swirl of publicity and headline-grabbing lifestyle and entertainment stories that rights groups say distract from controversial policies decided in Abu Dhabi.

As Dubai’s fortunes began to falter along with the global economy in 2009, Sheikh Khalifa led efforts to protect the federation by pumping billions of dollars in emergency bailout funds to Dubai. The two emirates do not always see eye-to-eye on foreign policy decisions and compete commercially with one another. In 2003, Sheikh Khalifa ordered the creation of a new airline, Etihad Airways, which competes with Dubai’s much larger Emirates Air.

Sheikh Khalifa increasingly used Abu Dhabi’s oil wealth to attract cultural and academic centers, such as a branch of the Louvre Museum and satellite campuses of New York University and the Sorbonne. He also presided over efforts to move the OPEC country beyond its reliance on petrodollars with investments in renewable energy research. The UAE announced last year a net-zero emissions pledge by 2050, even as it expands investments in oil and gas for export.

He has been credited with overseeing the creation and growth of the Abu Dhabi Investment Authority, now one of the world’s largest sovereign wealth funds with close to $700 billion in assets, according to estimates by the Sovereign Wealth Fund Institute.

Sheikh Khalifa was born in 1948 in the inland oasis of Al Ain, near the border with the sultanate of Oman. He was trained at Sandhurst, the royal military academy in England.

In 1969, Sheikh Khalifa was named as Abu Dhabi prime minister and chairman of the emirate’s Department of Defense, which later became the core of the UAE’s armed forces.

Khalifa helped boost the UAE’s regional profile by bulking up its military with hefty purchases from U.S. weapons manufacturers. He set warplanes to the NATO-led mission against Moammar Gadhafi’s regime in Libya in 2011. In 2014, the Emirates became one of the most prominent Arab participants in U.S.-led airstrikes against the militant Islamic State group in Syria.

U.S. Defense Secretary Lloyd Austin said the U.S. will honor Sheikh Khalifa’s legacy “through our strong defense partnership with the United Arab Emirates.” The head of U.S Central Command in the Mideast, Gen. Michael Kurilla, said “the strategic partnership between the armed forces of our two countries is ironclad.” He had a meeting in Abu Dhabi with its crown prince on Thursday.

Although the UAE’s ruling sheikhs hold near absolute power, Sheikh Khalifa began an experiment with elections by allowing limited voting — by a hand-picked electorate — for half the members of a 40-seat federal advisory body in 2006. Subsequent rounds of elections in 2011 and 2015 failed to attract even two out of five of those given a chance to vote.

The UAE saw none of the Arab Spring street protests that shook other parts of the region, though in the wake of that unrest, Sheikh Khalifa oversaw crackdowns on Islamists and other activists in the country, drawing criticism from international rights groups. The UAE, which views Islamist movements as a threat to its ruling system, also supported efforts in the region to quash the Muslim Brotherhood, including in Egypt.

Under his presidency, the UAE joined Saudi Arabia in sending forces to Bahrain to quell an uprising there by the country’s majority Shiite population demanding greater rights from the island-nation’s Sunni leadership.

Questions were raised during Khalifa’s rule about the UAE’s use of foreign military contractors, including one linked to the founder of the former Blackwater security firm, Erik Prince, who moved to Abu Dhabi in 2009.

A U.S. diplomatic cable made public by WikiLeaks in 2010 uncharitably described the president as “a distant and uncharismatic personage.”

Sheikh Khalifa was believed to be among the world’s richest rulers with a personal fortune estimated by Forbes magazine in 2008 at $19 billion. He built a palace in the Seychelles, an island-chain nation in the Indian Ocean, and faced complaints there about causing water pollution from the construction site.

His personal life was not much in the public eye. Like many in the Gulf Arab states, he was passionate about the traditional sport of falconry and was said to enjoy fishing. He is known to have had eight children — two sons and six daughters — with his first wife, Sheikha Shamsa bint Suhail Al Mazrouei. He is also survived by several grandchildren.